The one-man shows your guests will never forget, Comedy Magician – The Unusualist has been invited to perform his distinctive and hilarious magic worldwide at private parties, business conferences, exclusive events and product launches – his clients include international royalty and well-known personalities, with corporate clients including Lloyds, Xerox, Standard Life and Honda. Bringing observational comedy and a personal approach to your event, he has not only entertained audiences in more than 23 countries but left them wanting more.

The Unusualist is regularly featured on television, including on BBC1, in his own special on The Discovery Channel and ITV, Living TV and Channel 4. Influenced by a curiosity with the origins of wonder and his study of seventeenth and eighteenth century conjurors (represented by a notable collection of rare, antique books on the subject), The Unusualist’s performances carry an air of elegant traditionalism and mystery, which meet with razor-sharp, quick-witted humour that will have your guests laughing until they cry! The result is a unique and memorable style.

The Unusualist is an Associate Member of The Inner Magic Circle, London and awarded the Silver Star in recognition of performance quality and a member of The Academy of Magical Arts, Hollywood. This comedy magician is invited to perform his hilarious and mind-blowing demonstrations of the unusual at exclusive functions, brand events and conferences worldwide.

Recent events include a private party at the Casa Batlló in Barcelona, opening the First Light Film Awards in Leicester Square, London and an international conference at the ICC, Birmingham, for audiences including Jonathan Ross, James Corden, Simon Pegg, Alan Carr, Edgar Wright, Rafe Spall and Sir Ian McKellen. With three different options suitable for any audience or event type, with a humour and personable style that is guaranteed to bring the room to life. The Unusualist is also able to perform his work at creative workshops.

Personal Performances
As audience members sit casually around this comedy magician, he performs shorter, jaw-dropping shows for small groups, who each experience an astounding and hilarious show featuring miraculous demonstrations of the unusual up-close in front of them; in their own hands and in their own minds. The perfect way to engage and reward groups of valued customers, VIPs or guests.

Cabaret and Parlour Shows
The Unusualist is perhaps best known for his trademark parlour show. It’s just like hiring a hit West End or Broadway show for an exclusive performance as the audience enjoy an unforgettable, hilarious performance lasting from 45 to 90 minutes. If you need to add energy to your next conference, electrify and excite your guests or stun an entire group at the high point of an important event, comedy magicians truly unique performance sees your guests transported back in time to when early nineteenth-century parlour shows were de-rigour. The time flies as your guests laugh out loud, watching as items vanish, mysterious artefacts take on a life of their own and witness the only performance of its kind – his signature piece – as The Unusualist pours any drink requested from an antique tea kettle, not just once but multiple times over. Each of your guests receives a souvenir programme to accompany the performance as a memento of your event.

Corporate Events
With twenty years of professional experience and more than a decade working with global organisations, The Unusualist brings high energy, fun and an impactful start to your next conference awards ceremony or afternoon agenda. The entire performance is beautifully and seamlessly tailored to your conference theme or company values. Demonstrate how valued your team are and provide them with first class entertainment that is integrated into your conference, leaves delegates mesmerised by an exclusive routine created especially for your conference, bringing together your people, brand and values.

★ With his own special on The Discovery Channel, ITV, Living TV & Channel 4 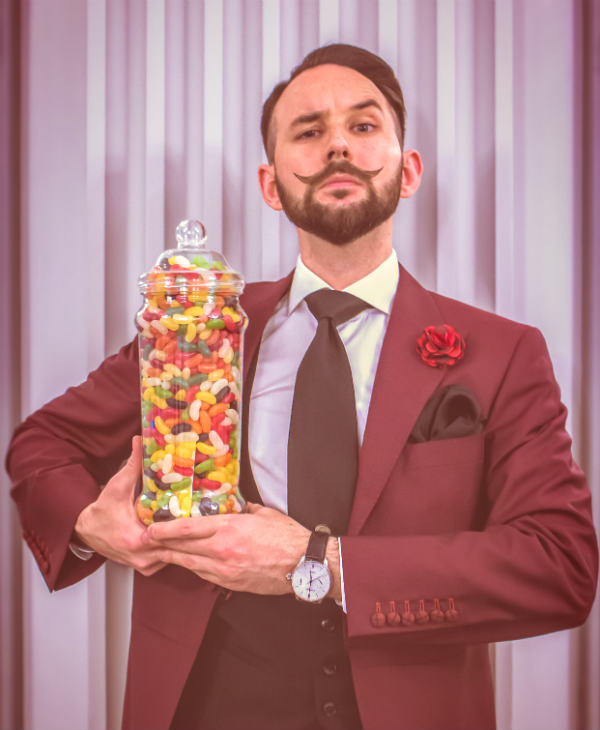 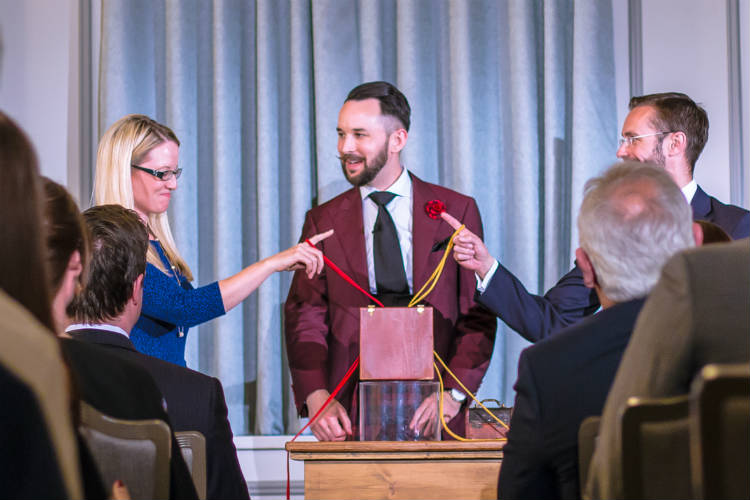 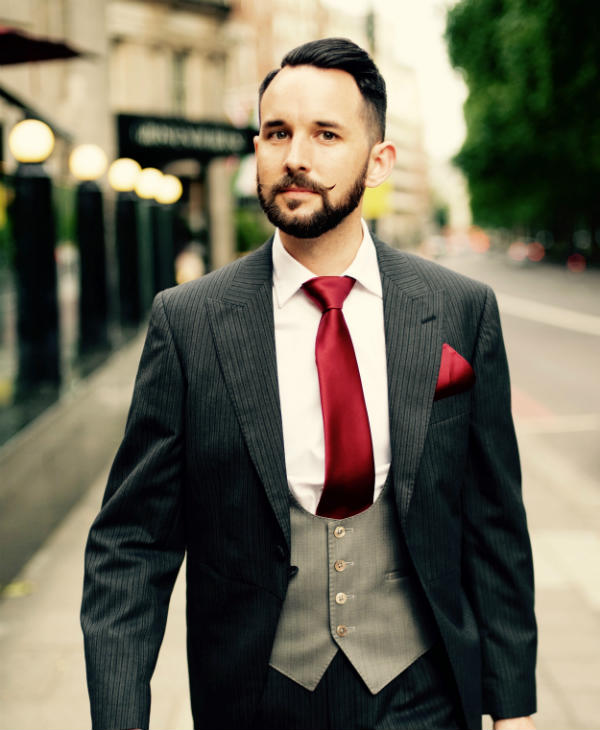 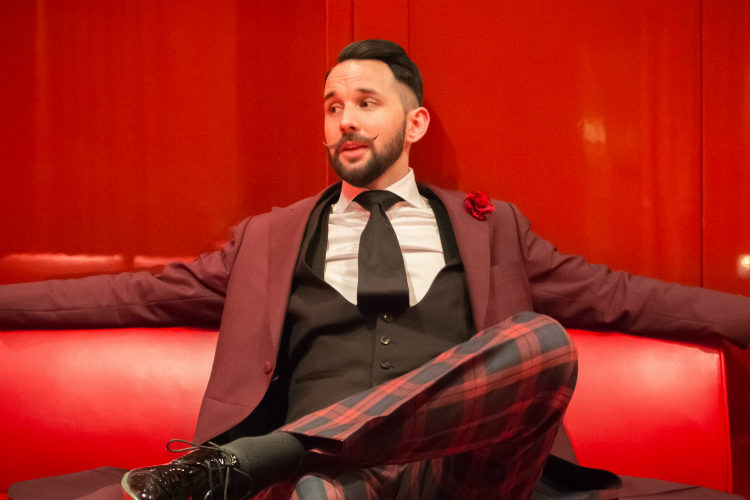 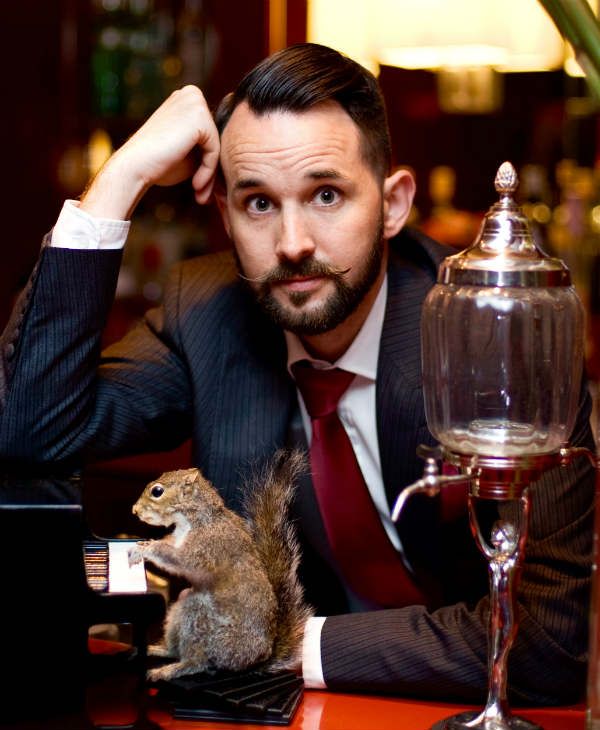 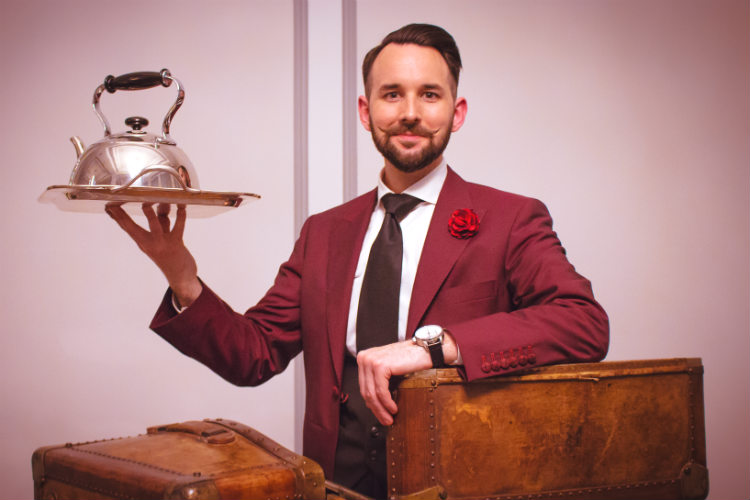 “You were just brilliant – thank you!”
– Bill Nighy, Actor

Videos of Comedy Magician – The Unusualist