London’s sleekest Classical Crossover Female Group – Il Diva brings you a show like no other. With incredible vocals, charismatic presence and glamour galore, Il Diva promise to take you on a journey through your favourite tunes from opera, musical theatre and pop throughout the ages.

The girls of Il Diva met whilst working on the London production of Princess Ida, having previously trained operatically at leading conservatoires around the world. Between them, the girls have sung with the biggest classical stars (Russell Watson, Alﬁe Boe, Kiri Te Kanawa, Katherine Jenkins). Il diva have performed their show on the West End, at West End Live to 20,000 people, they headlined the Noosa ALIVE festival in Australia. Most recently they performed on BBC One and sang alongside Hollywood and West End Stars in the charity single ‘The Hero’.

Hailed as a ‘supergroup’ by Musical Theatre Review, this classical crossover group have gained success in the Classical Charts with their critically acclaimed album and were a Classic Brit Award Nominee. Il Diva have performed their show over 400 times as they have worked extensively on luxury cruise liners, receiving incredible ratings.

Il Diva’s classical crossover show mesmerises every audience, with standout vocals, sublime harmonies and never-before heard arrangements. From Puccini, Queen, Whitney Houston and everything West End, their unique operatic pop sound creates a spellbinding show that will not be forgotten easily. As a corporate act they can provide a background set of beautiful classical tunes, musical theatre and pop favourites.

As a headlining act they can provide two shows:
Pop Opera Princesses – Opera and Pop crossover as you’ve never heard it before. A glamorous and sultry collection of operatic arias and chart-topping hits. Be prepared to be surprised and dazzled.

Stage & Screen – Prepare to be bewitched as Il Diva brings you the magic of Hollywood, glamour of the West End and the allure of the Royal Opera House. With sublime vocals and stunning melodies, the girls sing the most iconic numbers from Stage and Screen.

In terms of costumes, Il diva come with serious glamour and sequins. But also have a set with leather jackets making Opera very sexy and current. With the option of short cocktail dresses, long ball gowns and everything in-between. Speciﬁcally for Christmas the classical crossover group have white sparkly ball gowns, but can also cater to any costume request from clients.

★ Il Diva were nominees for the Classic Brit Award

★ Performed their sold out show at the West End 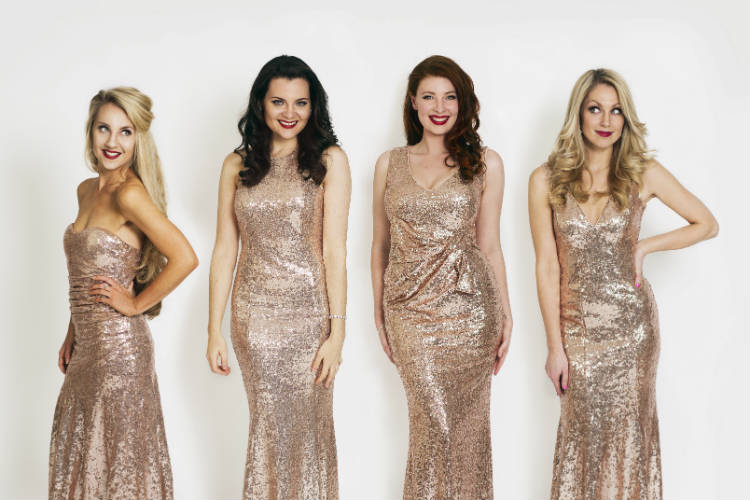 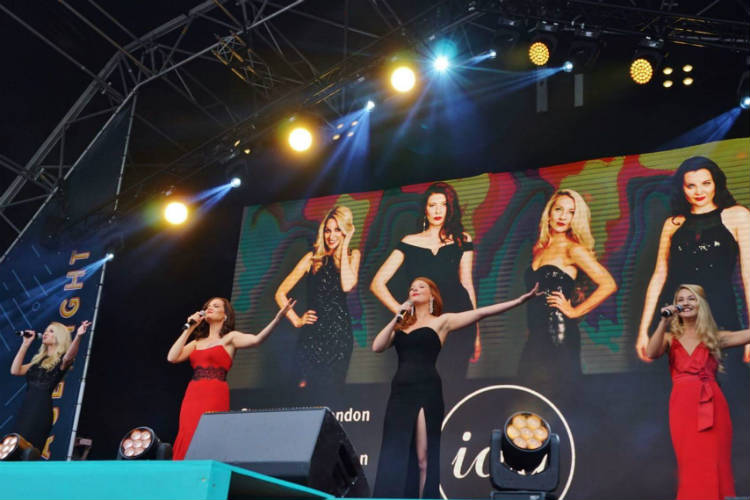 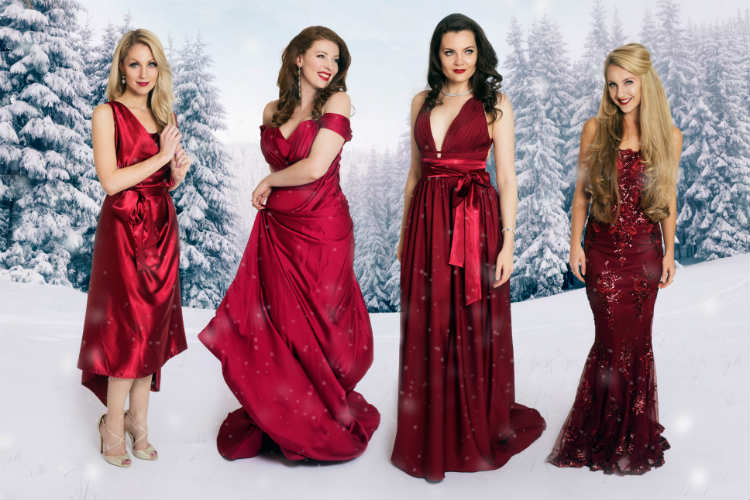 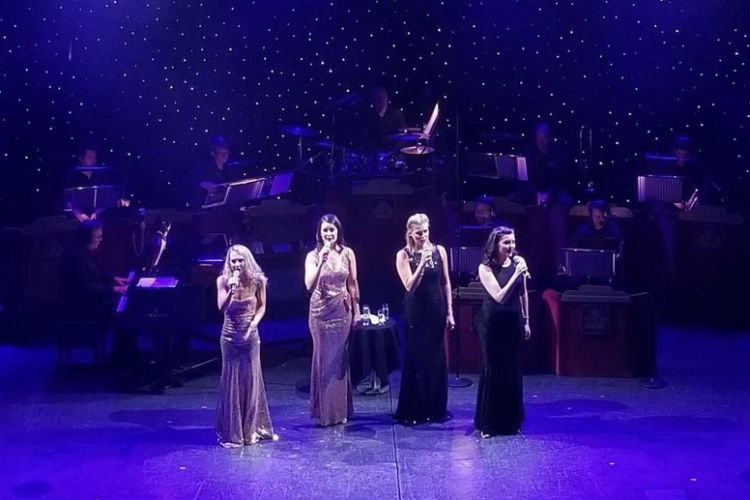 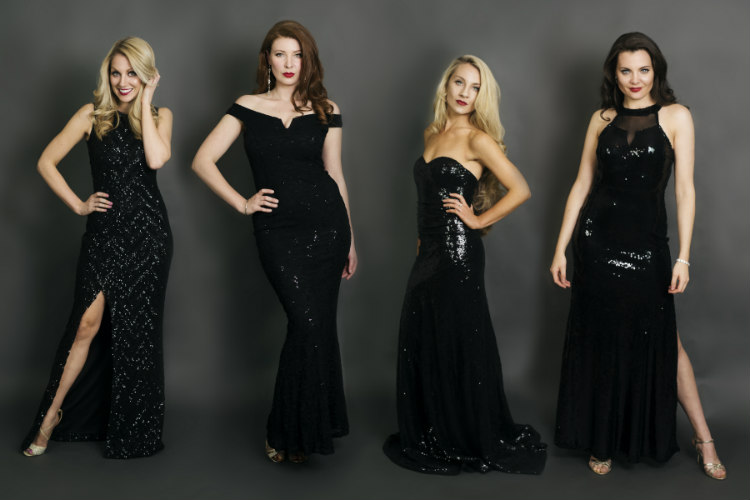 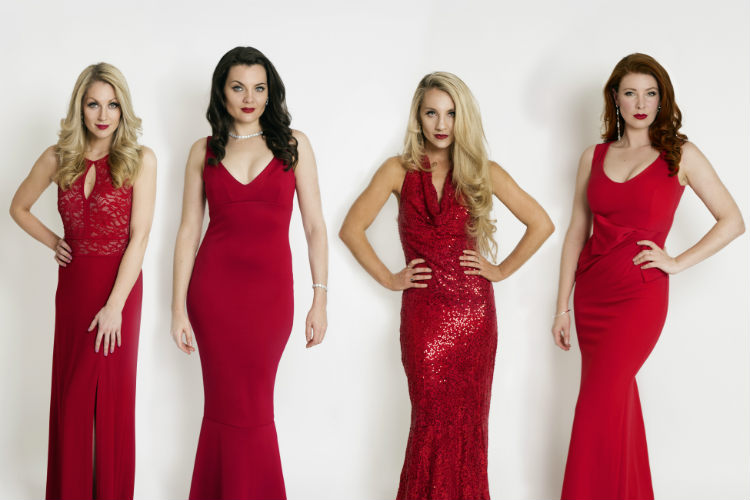 “The show was exquisite from start to ﬁnish”
– Rewrite this story

“Ida were the highlight of our evening; talented, beautiful and a joy to work with”
– Sophie, Hartwell House

Phantom of the Opera – Andrew Lloyd Webber, from The Phantom of the Opera
Memory – Andrerw Lloyd Webber, from Cats
O Mio Babbino Caro/See You Again – Puccini/Wiz Khalifa
Skyfall – Adele
Frank Sinatra Medley – Strangers in the Night, Moon River, My Way
Somewhere – Bernstein, from West Side Story
Tale as Old as Time – Beauty and the Beast
Song to the moon – Dvorjak
Moulin Rouge Medley – Roxanne, One Day I’ll Fly Away, Your Song, Come What May
You’ll Never Walk Alone – Rogers & Hammerstein, from Carosel
Climb Every Mountain – Rogers & Hammerstein, from The Sound of Music
Cry Me a River – Michael Buble
Toreador – Bizet, from Carmen
I Will Always Love You – Whitney Houston
Brindisi – Verdi, from La Traviata
Candle in the Wind – Elton John
First Time Ever I Saw Your Face – Roberta Flack
Bond Medley: Diamonds are Forever, Goldfinger, Live and Let Die
Habanera – Bizet, from Carmen
Run – Leona Lewis
Somebody to Love – Queen
The Prayer – Andrea Bocelli & Celine Dion
Fix You – Coldplay
Angels – Robbie Williams
May it Be – Enya
Once Upon A December – From Anastasia
Un Bel Di/Someone Like You – Puccini/Adele
Flashlight – Jessie J
Godfather theme
Romeo & Juliet Theme
And So it goes – Billy Joel
Love Theme from House of Flying Daggers
Let it go/ Vivadi’s Four Seasons