Chris Cross has been performing his Unique Multiple-Award-Winning Comedy Magic Acts & Escapology Stunts all over the World for the past two decades – From New York to New Zealand, Bahrain to Dubai, London to Paris, Bangkok to Brazil and most places in-between. As Seen on BBC1’s The ONE Show, ESPN’s Sportsnation, CBBC’s the Slammer and Multiple other TV Shows!

This Tricky Geordie Cheekster presents an array of Old-school Magic Tricks & Some Brand New Cunning Stunts! Chris Cross Performs both Close-up Walkabout Magic – Expertly Refined Tricks that often happen in the palms of the spectator’s hands and right under their noses! Also performing Stand-up Comedy Magic Show – Unbelievable Magic Tricks for the entire family to enjoy – where seeing really is not believing!

Some of Chris Cross’s career highlights to date include: Magic for Prince Charles on his State Visit, Tricks for The Prince of Bahrain at The Bahrain International Circuit Formula One, Entertaining Prince Harry, Mike Tyson’s Sportsman’s Dinner which was shown on ESPN’s Sportsnation, Boy George’s 50th Birthday Party, Alice Cooper’s Press Conference, Consulting on The Hairy Bikers Larger Than Live Tour, Appearing on Bafta-Winning Kids TV Show THE SLAMMER on CBBC, Appearing on BBC’s The ONE Show (twice), chris cross was also able to perform with Paul Daniels & The Lovely Debbie McGee and lots of other fabulous performances that are far too many to mention!

Chris Cross will show you a Mix of Masterful Modern Sleight of Hand combined with some Proper Old-Fashioned Tricks & Props – tied together with Expert Showmanship!

Chris Cross also performs some tricks (on request) passed on to him by his Hero, The Late & Very Great, Paul Daniels, which were used on BBC’s ‘’The Paul Daniels Magic Show’’ on TV.

Chris Cross is one of the most popular close-up magicians in the UK, in high demand Worldwide for his services. He stands out from the crowd – standing at 6 and a half feet tall, adorned with sequins, brooches, fedora hats and fancy ways. He is a Wizard with a pack of cards – it’s not just ‘Pick a card, any card’ – Chris Cross makes the cards vanish, reappear, change colour, appear in his mouth, in the spectator’s pockets and change into a block of glass! Tricks also with coins, lighters, champagne flutes, pint glasses and lots of other everyday objects. He’s a sure fire hit at any event.

Chris Cross is also the author of The Geordie Book of Magic, which includes a DVD featuring Tim Healy, Charlie Hardwick, Supermac and a host of Geordie Stars. It boasts illustrations by Davey Jones off The VIZ Comic and a foreword by Debbie McGee.

★Chris performs tricks with bannanas, bras and balls, this act is highly energetic

★ Chris has his acts mastered, he will turn your frown upside down and your stomach inside out 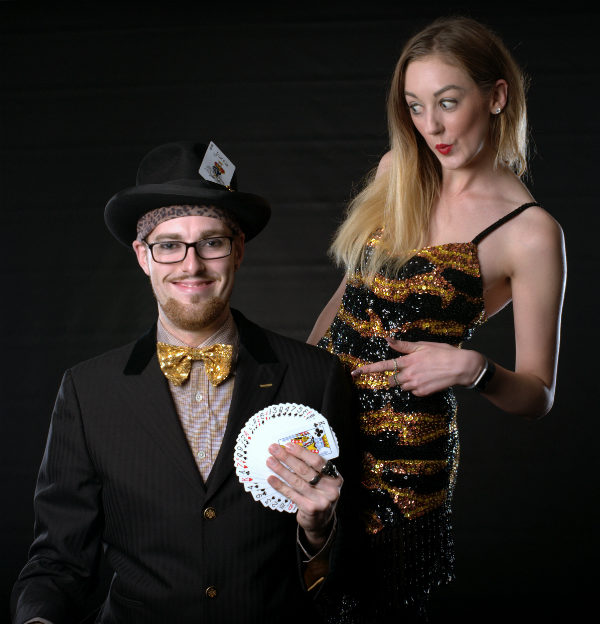 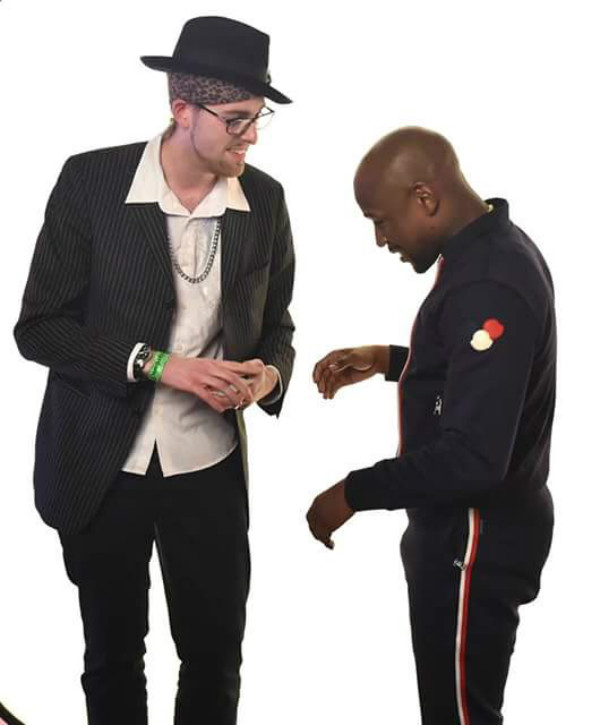 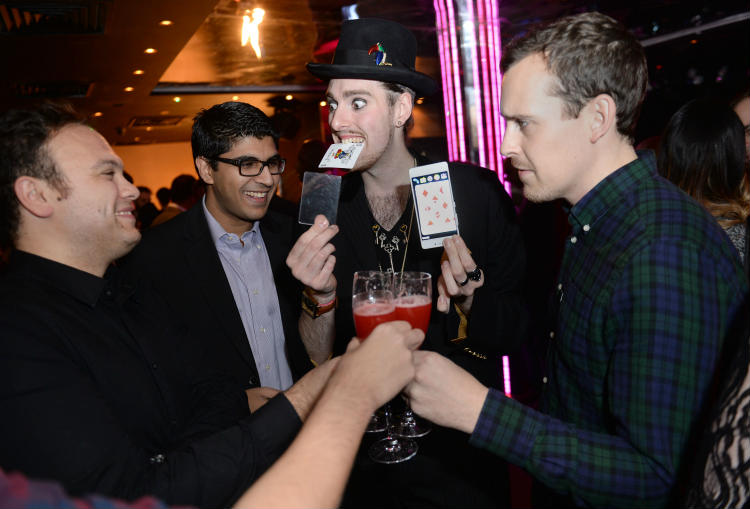 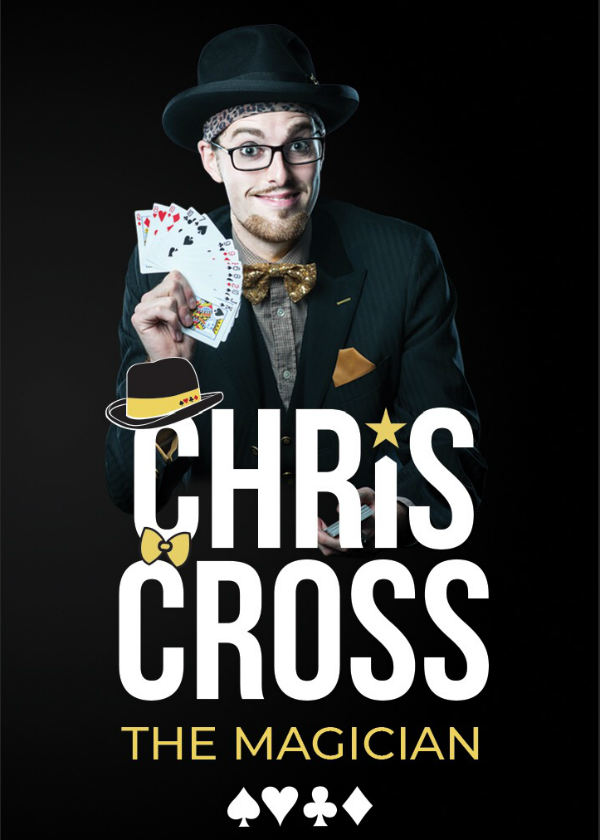 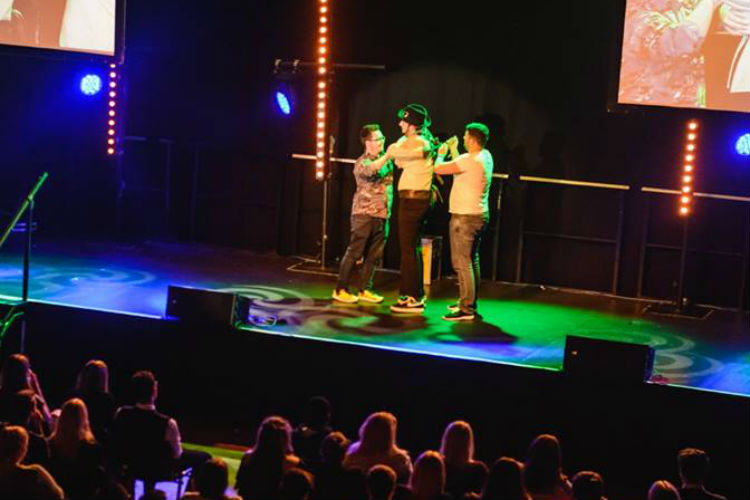 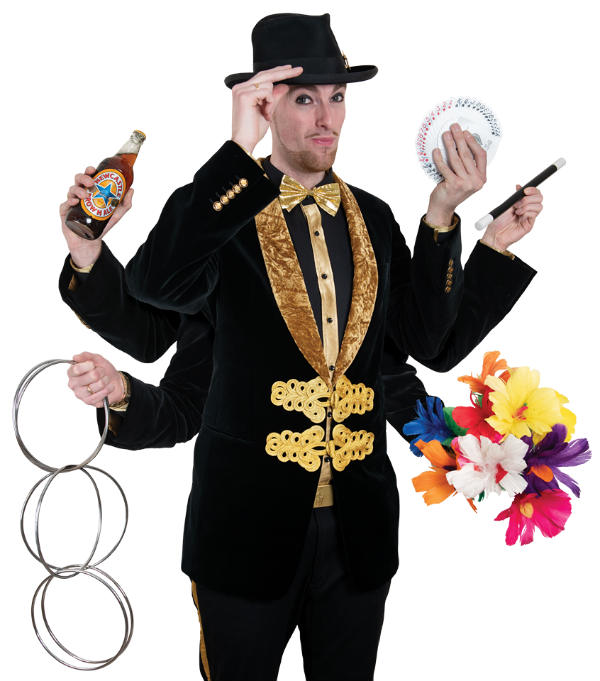 “A real throwback to music hall eccentricity, Chris Cross is inventive, baffling and original. He really should be put in a strait-jacket – trouble is he can wriggle out of one just as quick as Houdini.”

“Amazing… The cheeky Geordie certainly enjoys himself at the audiences expense, and there is absolutely no malice in him…”

“He spent quite a long time warming up the audience, his jokes were filthy and his ego was as big as his hair, which the audience loved. This guy was unique and spunky and he worked well with the audience..”

“We spotted Chris Cross and his own special brand of contortion on MySpace; it freaked us out enough that we decided to promote him all over the site. We wish him the best of luck wierding out crowds across the nation.”

“We thought he was great! The shoulder dislocation trick is gross but it amused the crowd!! He pulled strong audiences for both shows and was very good with the punters. Lots of autographs and chats with people in the street afterwards. It was a great success and Chris talked very highly of you!”