Chachi Valenica makes his living as a human cannonball being shot from a cannon; free flying through the air at speeds of (55mph), heights of over (65 ft), and distances of (165ft). He lands in a narrow net, set (20ft) off of the ground and rocks the crowds every time when he hits his target at the center and takes off his helmet in a heartfelt victory salute. Chachi Valencia defeats gravity once again. Chachi Valencia has twenty-three years of Human Cannonball experience.

Chachi Valencia has performed as a Human Cannonball in the world’s biggest events. Not only was he the 2012 London Olympics’ jaw dropping finishing bang to their closing ceremonies, televised to (billions) of people around the globe, he was also the secret weapon in Rio De Janeiro’s 2014 Carnival competition (witnessed by an audience of millions) and becoming the first person ever to shoot 6 times in 40 minutes atop a giant moving float.

Chachi Valencia soars over the big rides at fairs, corporate events and amusement parks in the USA, making newspaper headlines and bringing instant PR attention to every venue he’s in. Chachi Valencia is an amazing “must see” during a person’s lifetime.

He opens huge concert events by flying over the stage and even does an inspiring 20-minute introduction speech on the mic while prepping his landing area- for the shows that require a longer performance time. The audience has so many questions about the cannon and the details of the stunt that he never runs out of dialogue. When the crowd has the chance to get to know Chachi and understand more about the feat he’s about to execute, they are all the more excited by the spectacle of the Human Cannonball and want him back each year.

★ Performs one of the longest shots in the world

★ Perfect way to draw in the crowds 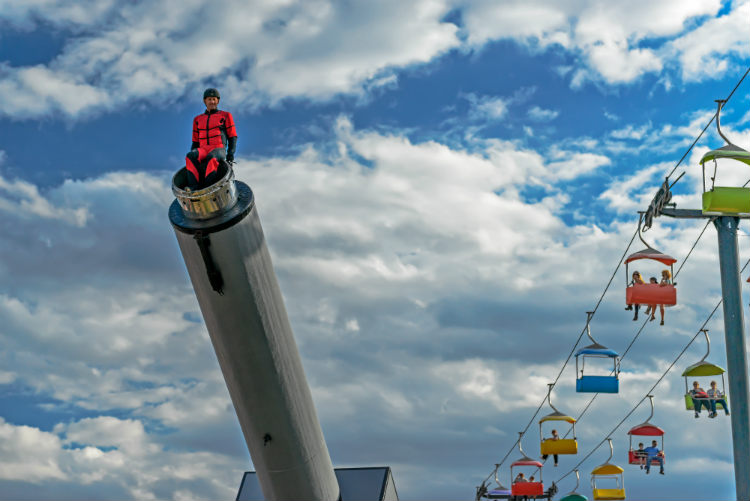 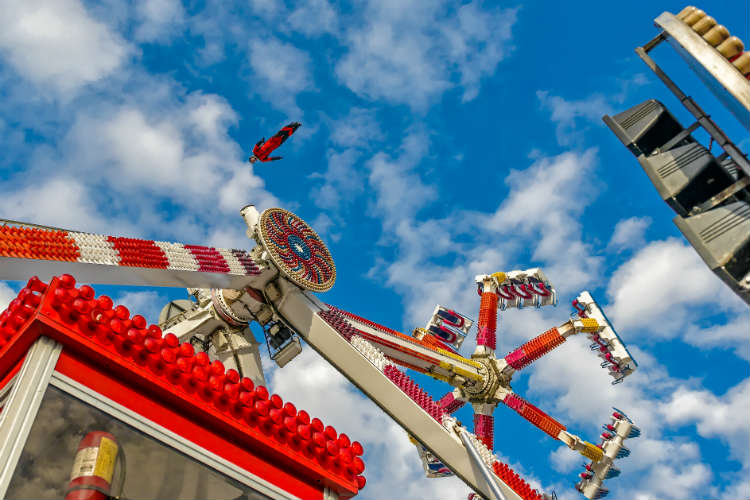 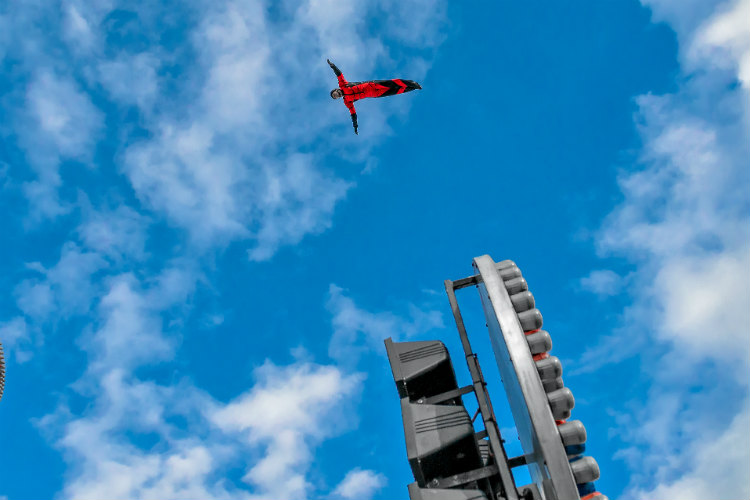 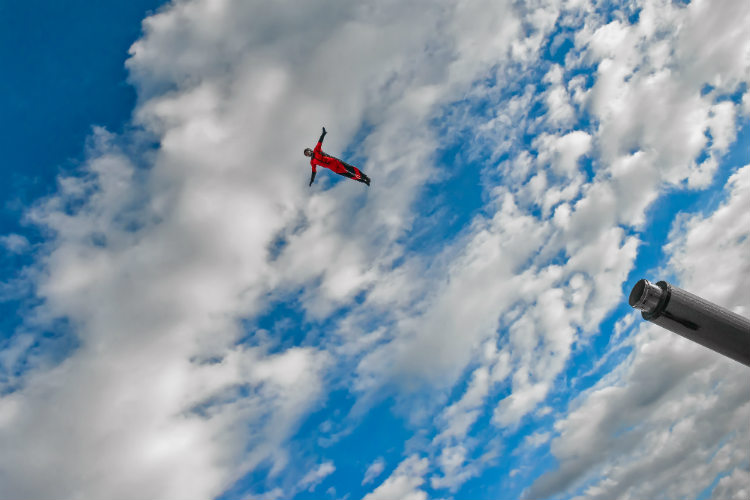 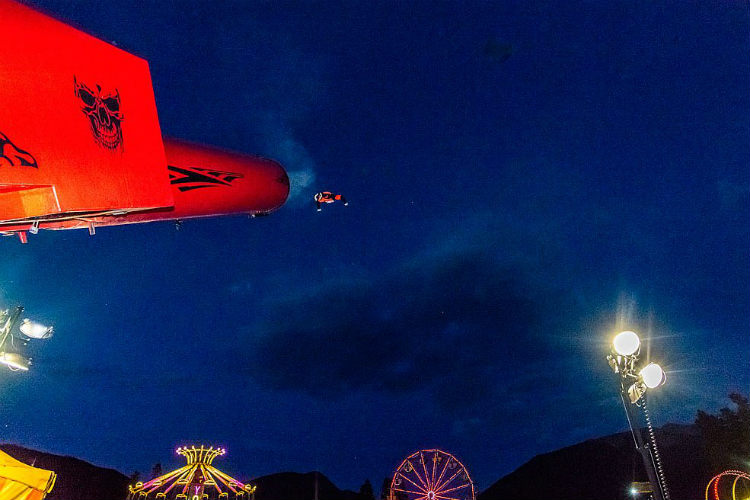 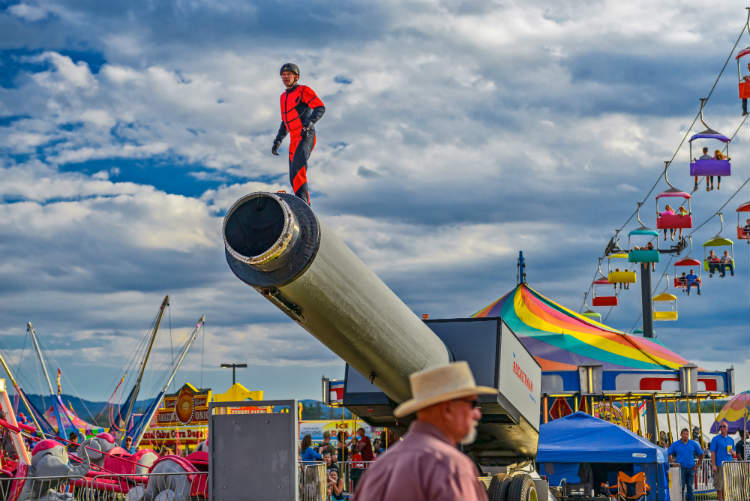 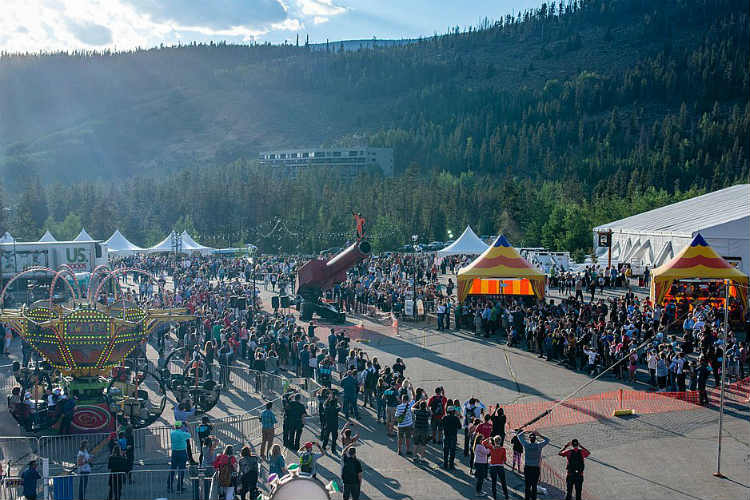 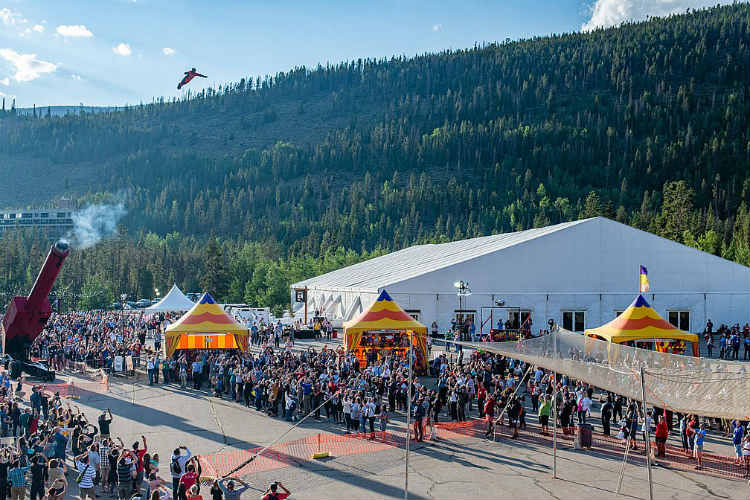 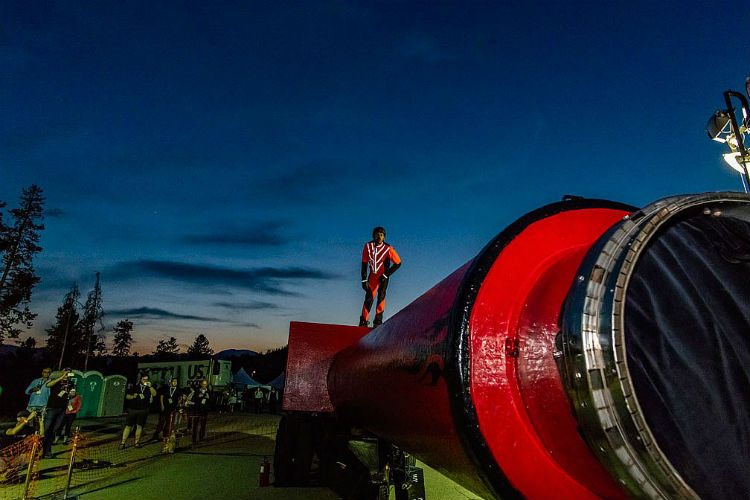 “I can’t believe somebody can fly so far”
Audience Member