Breakout deliver the full force of a party band in a 3/4 or 7/8 musician line-up, pairing live vocals, guitar and sax with professionally produced backing tracks, perfect for a smaller venue but with the power to fill a larger setting. Upgrade to the expanded line-up to add extra vocals for an even fuller sound. From Get Lucky and Uptown Funk through to older classics by Stevie Wonder and James Brown, Natalie and the band will play whatever gets everyone dancing. Two hours of live music, PA and lighting, DJ service, 5 chosen songs and live first dance are included as standard. We’re always delighted to share 20 years of performance experience.

Built around the powerful and versatile vocals of Natalie, Breakout are equally comfortable playing modern dance classics by Beyonce and Bruno Mars or crowd pleasing rock by the likes of AC/DC and Kings of Leon. Breakout will provide full professional PA, and background DJ music between sets. 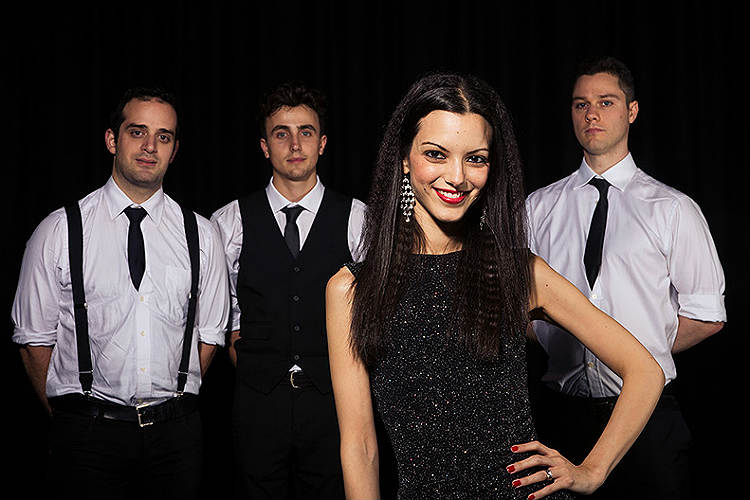 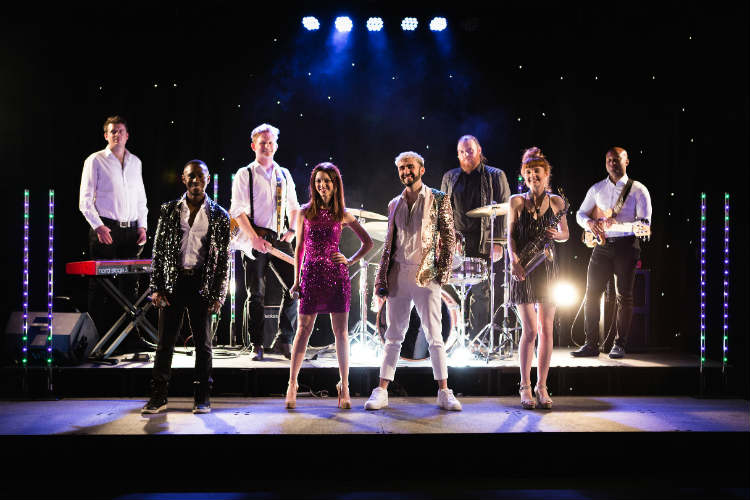 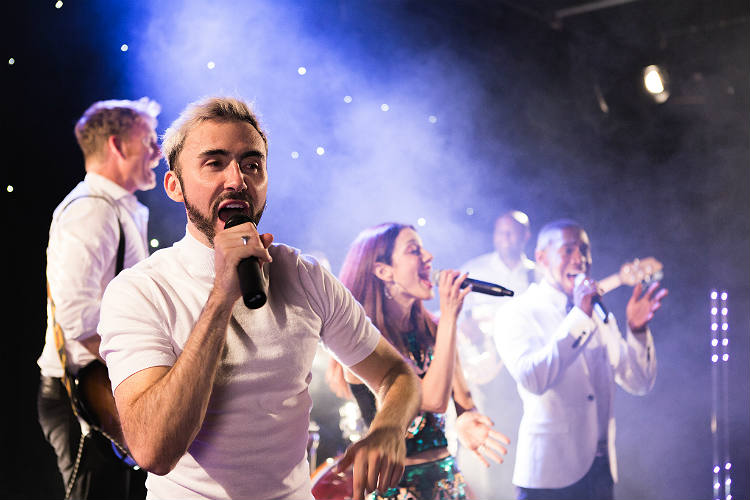 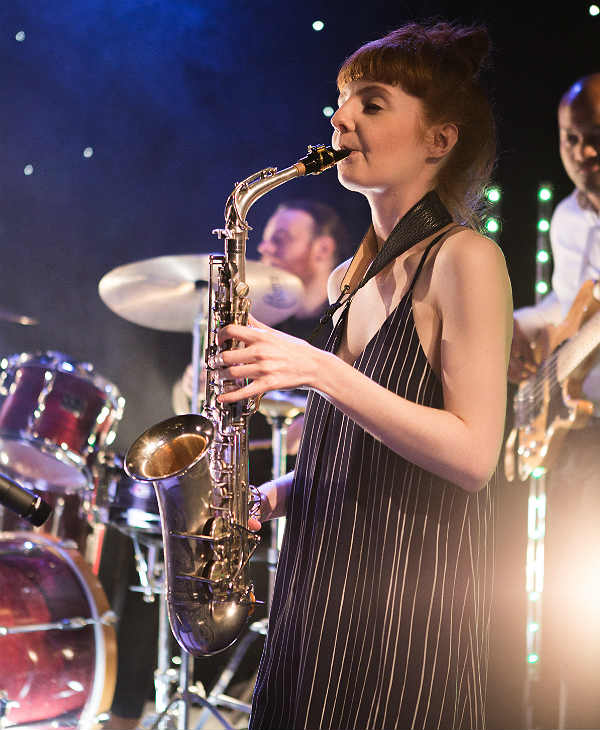 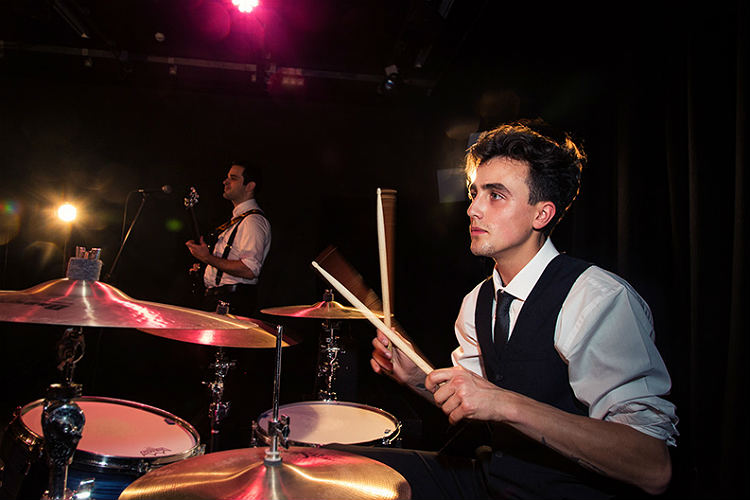 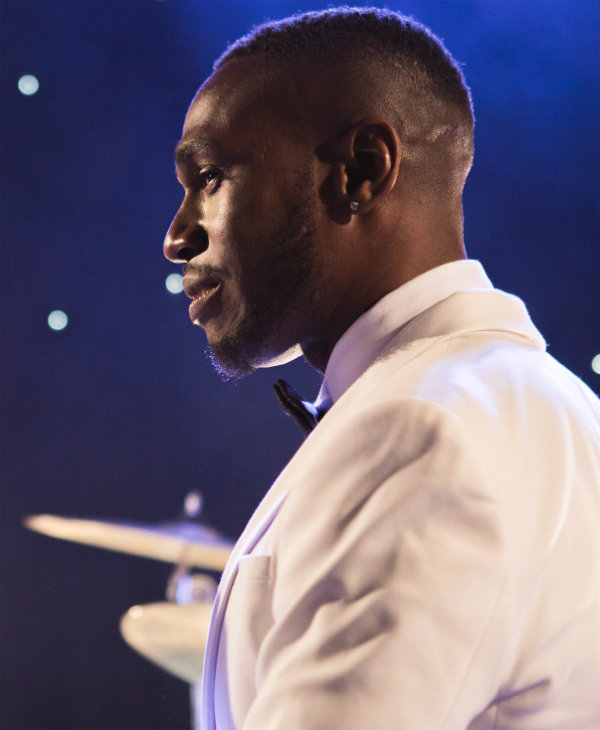 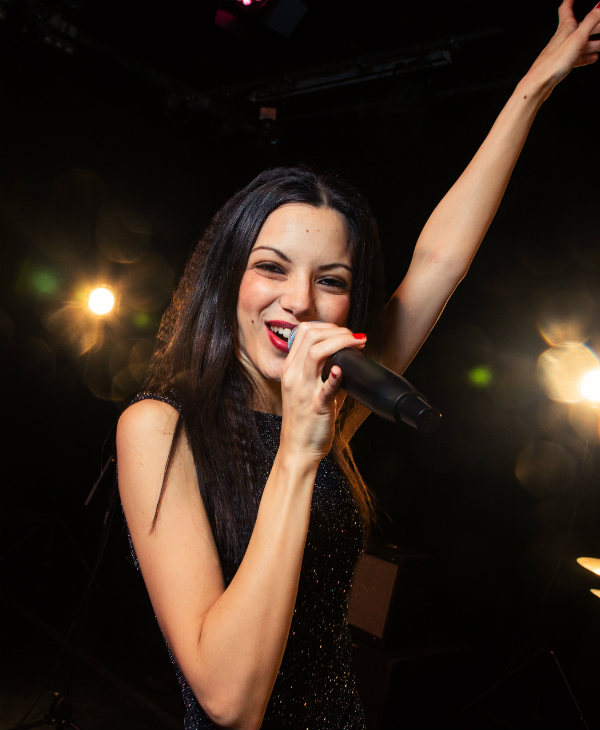 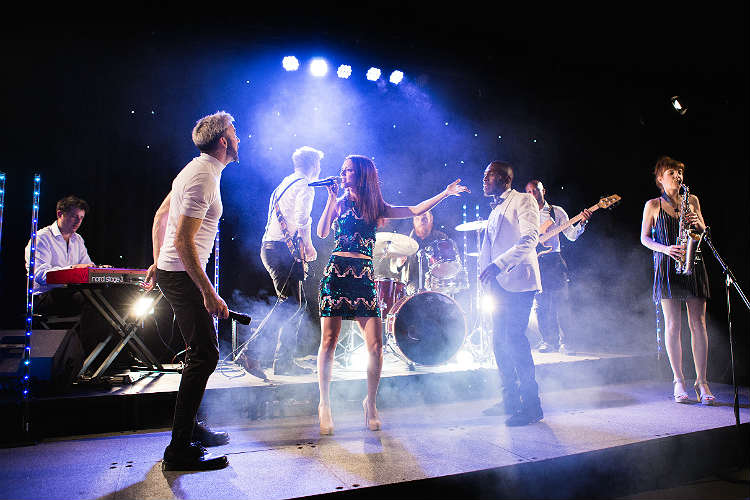 Nathalie Miranda – Lead Vocals
Nathalie is a power-house vocalist with a 5-octave range who is guaranteed to get your party started. She has toured extensively with her own original material as a solo artist, as well as working with different function bands and lending her vocals to session recordings for the BBC, artist demos, and backing vocal work across the UK. Most recently, she has recorded a duet with Peter Cox from the band Go West. Nathalie has trained with two of the UK’s premier vocal coaches, Stevie Vann Lange (Rita Ora, Anastacia, Ella Henderson, Bryan Adams, Deff Leppard, Chaka Khan) and Joshua Alamu (Little Mix, Fleur East, The Voice). Nathalie is also a qualified translator and speaks English, French, Spanish, and Greek fluently, so please let us know if you would like any songs to be performed in these languages. An incredibly versatile singer, she is currently working with several top producers on her own original material coming out soon.

Chris Lagos – Lead Guitar and Backing Vocals
Chris is a professional musician from London who performs regularly across the UK and Europe. He has toured and worked with many bands and currently plays with various artists as well as regularly lending his guitar skills to session recordings across all genres. In addition to lead guitar, Chris also provides backing vocals for the band. An experienced songwriter himself, Chris is currently writing for and working with several up and coming artists in London.

Rob Pennel – Drums
Rob has been playing drums professionally for over 10 years. A regular in many bands in and around London, he is a versatile drummer and can play a variety of different styles.  Most recently, he performed on stage with McFly’s Tom Fletcher live at Youtube’s annual UK conference at the Battersea Evolution Arena to over 3000 people.  He has also been a session musician for Australian pop stars Angus and Julia Stone, with whom he performed at the London Hyde Park Calling Festival, and the Electric Picnic Festival in Dublin.

Henry Aston – Bass
Henry Aston is a professional Bassist, Guitarist and Saxophonist based in London, originally from the Cambridge area. He is incredibly skilled in a variety of modern styles, specifically Jazz, Latin, Rock and Pop. Henry’s versatility enables him to play in a variety of combos from Big Bands through to small ensembles and solo/lead settings. A multi-talented musician, he has been teaching guitar, bass, and saxophone for 15 years, as well as woodwind instruments, piano, drums, and vocal tuition.