Standard Length of Performance:
4 x 20 minute sets over a period of 3 hours.

★ Played with passion and energy 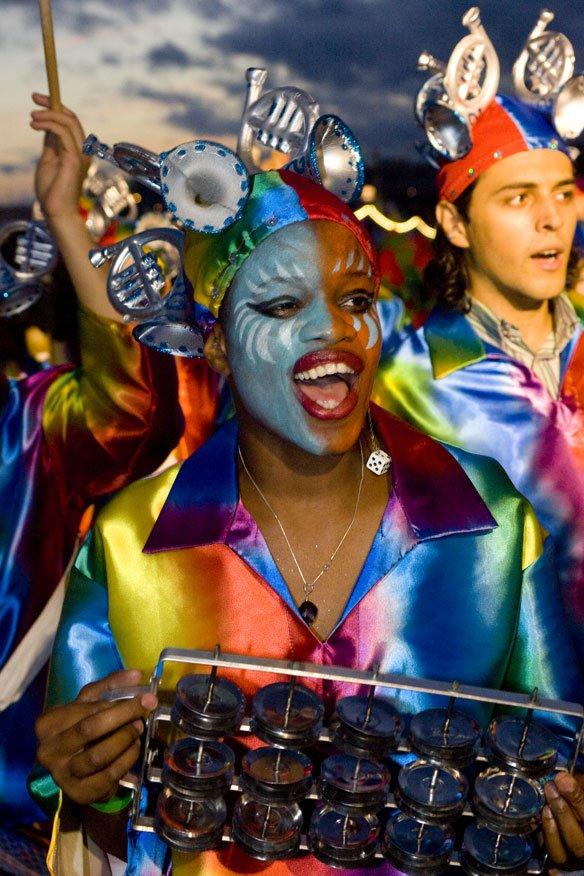 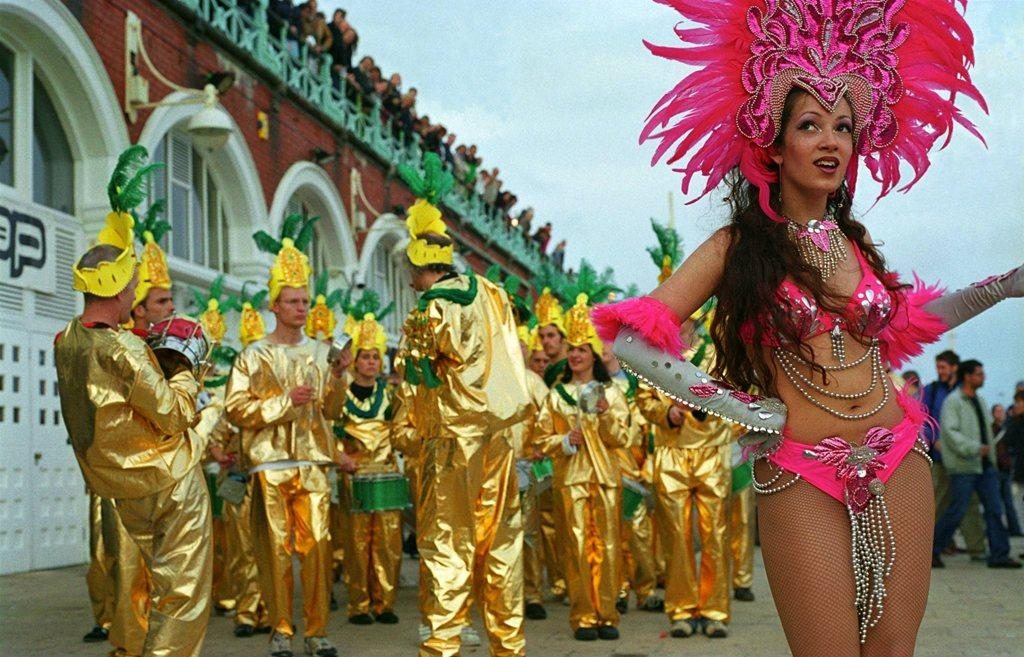 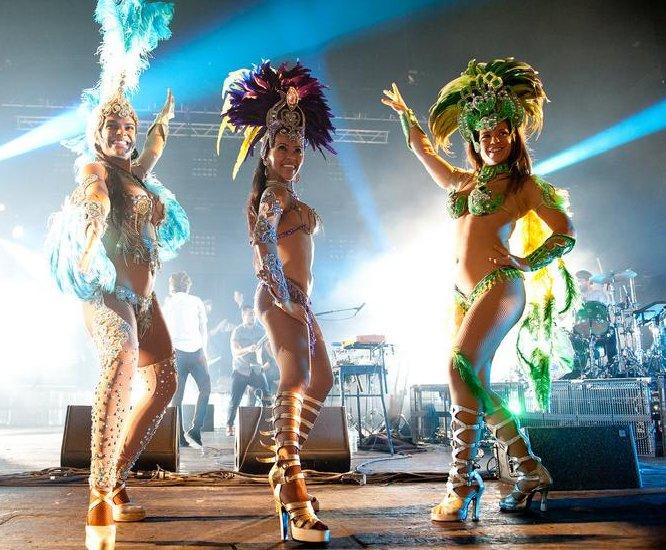 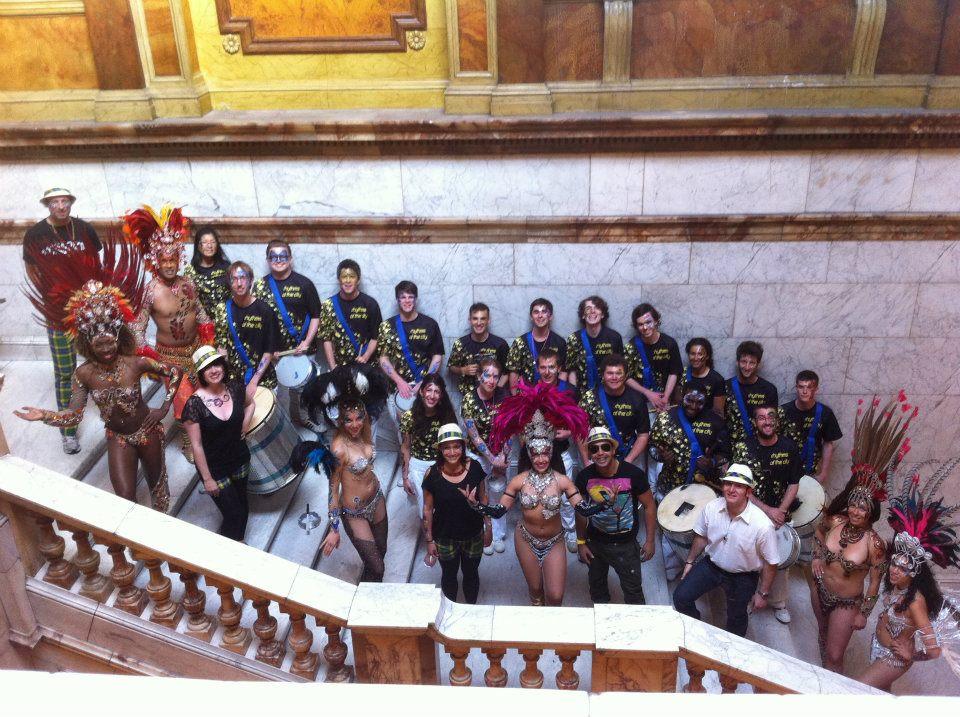 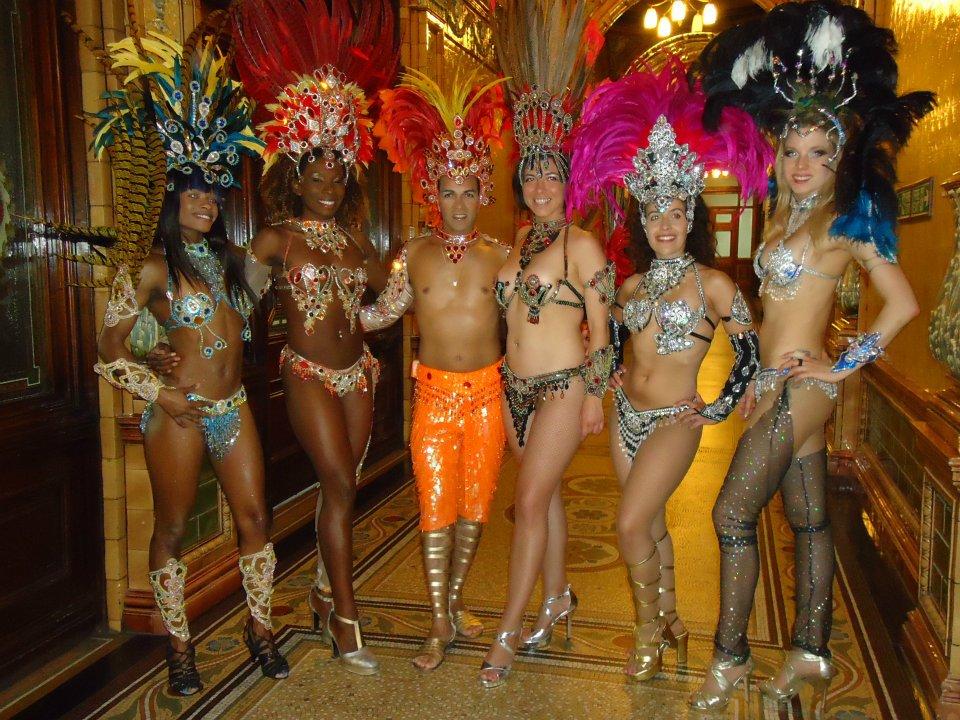 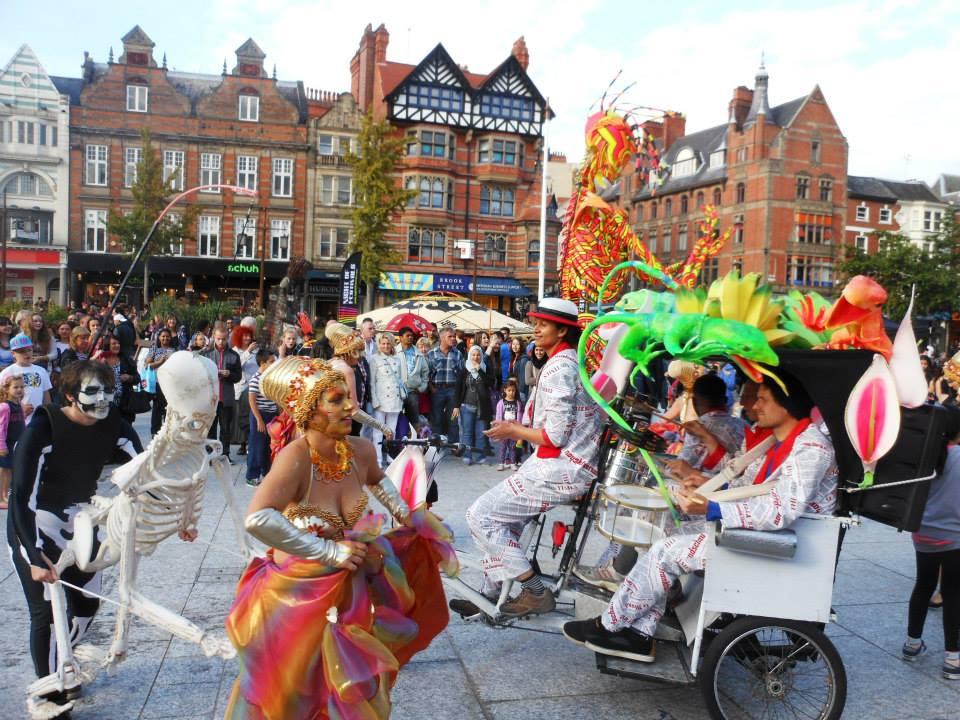 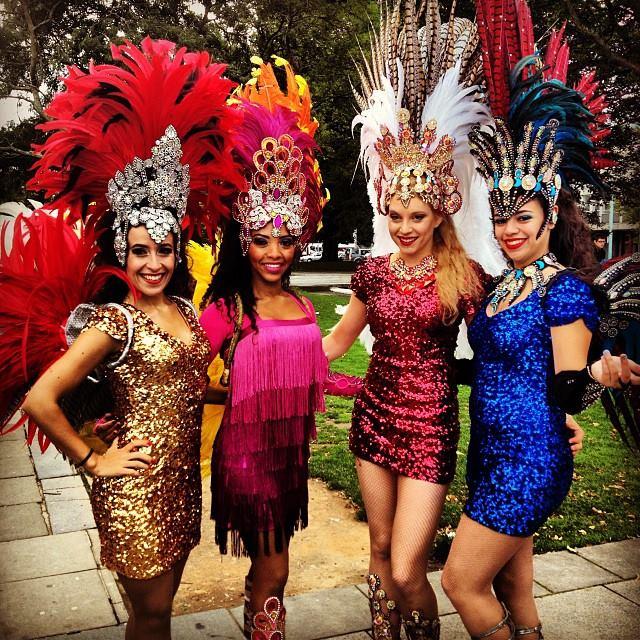 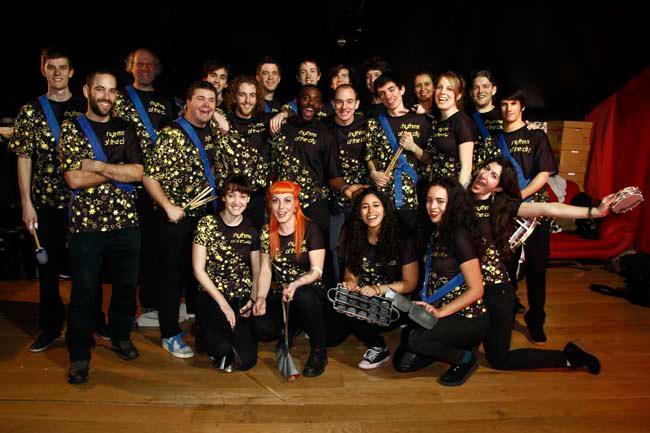 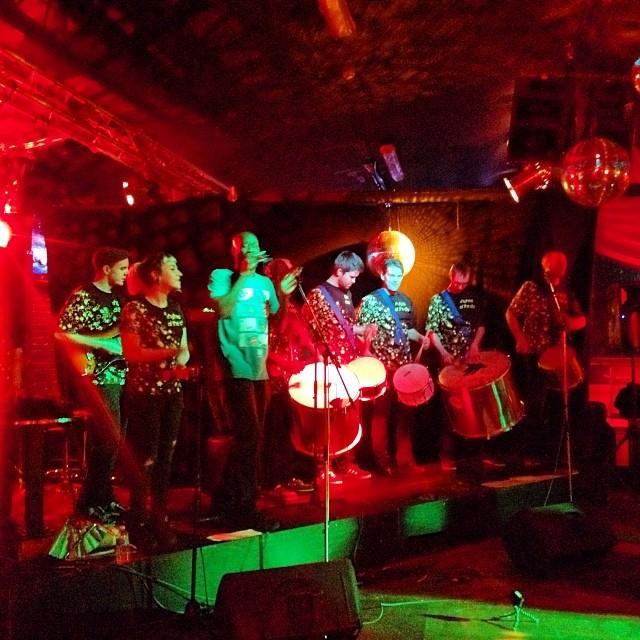 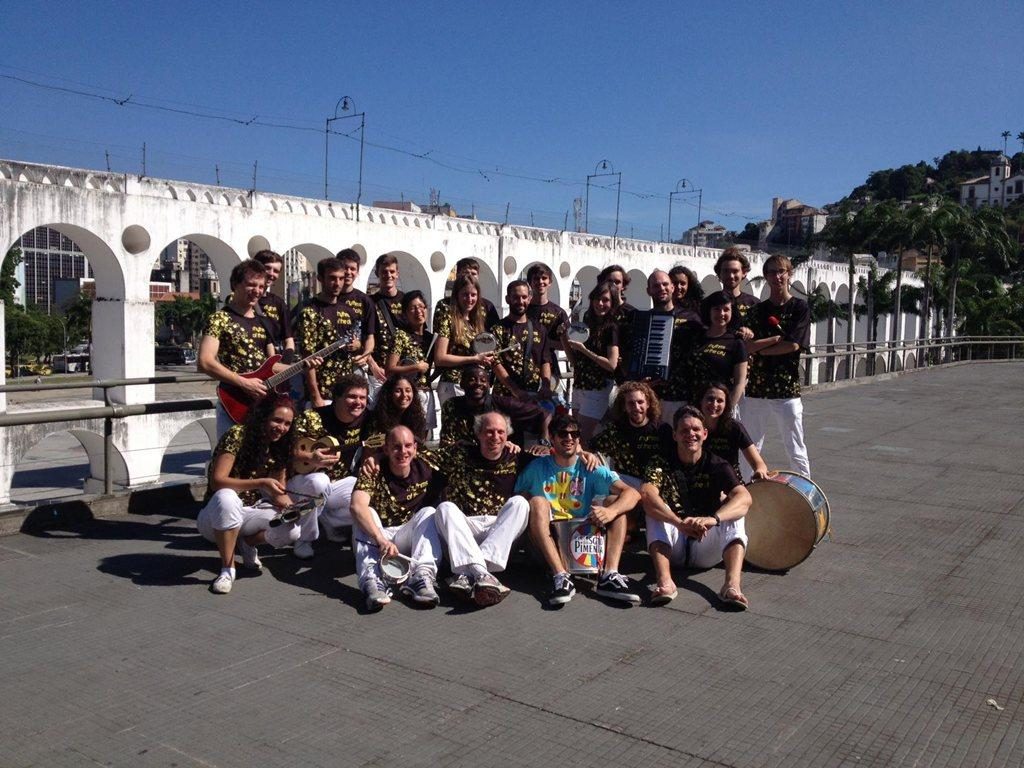 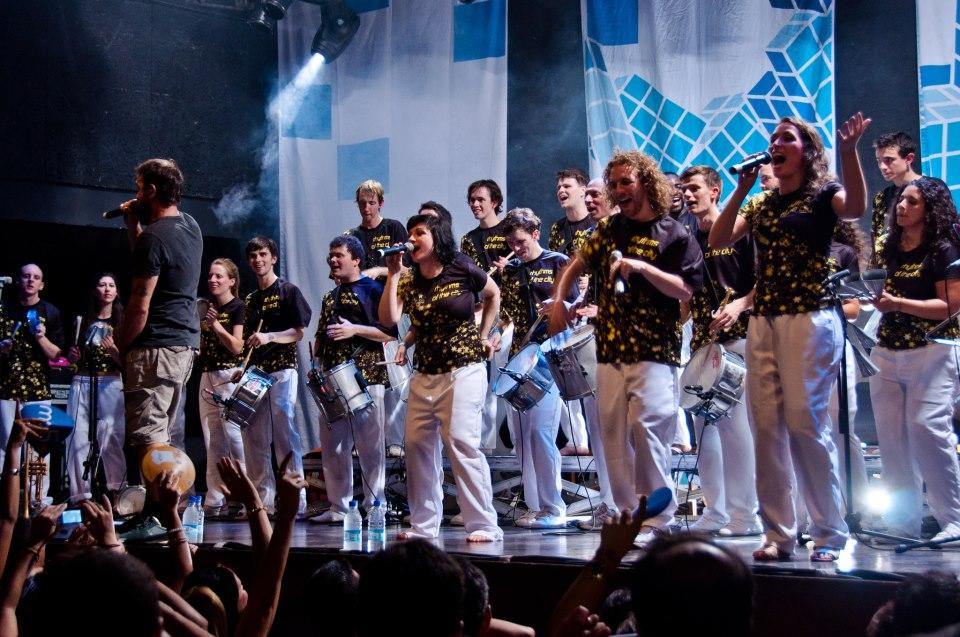 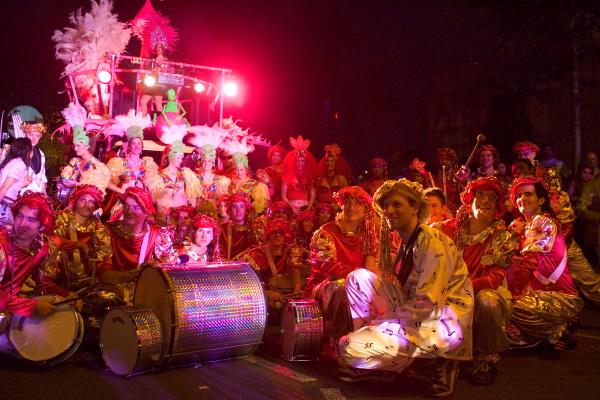 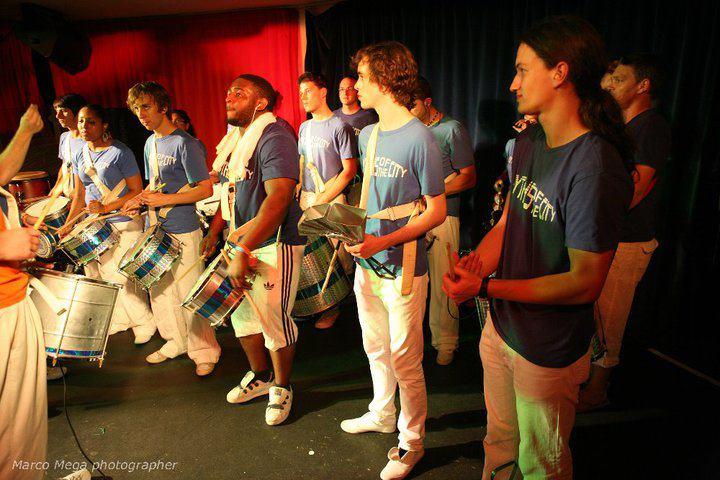 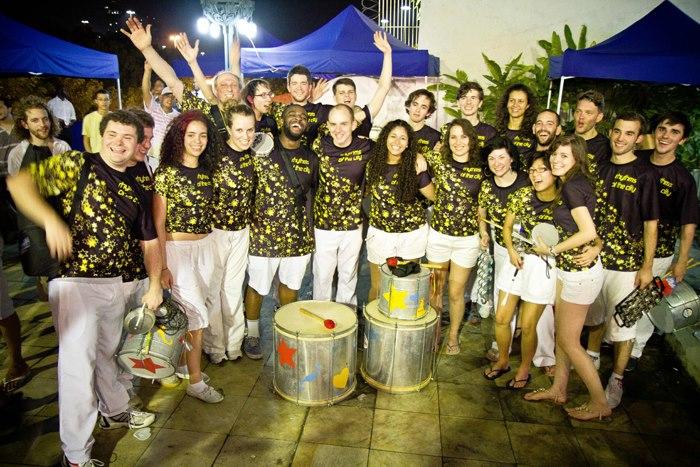 “Thank you so much for all your help with the event – If you could pass on the following to the suppliers: Samba Band and Dancer – Apologies I didn’t get a chance to say bye, you guys were fantastic and really brought the Carnival theme alive. Really enjoyed your talents and you were a massive hit at the event – Thank you!…It all went seamlessly well! Thank you so much and of course will be in touch for the next event.”

“The band and the girls were amazing and the guests really enjoyed the whole act…They had everyone up on their feet dancing within minutes and did a fantastic carnival walk around the venue leading to a dance routine.”

The Outlook Creative Group (via Contraband)
“You are amazing! Your style of music and your presentation enthralled and captivated our audiences at Bridgwater Carnival in 2012 – so much so that we could not wait to invite you to take part again in 2013. You didn’t disappoint on your return visit and we hope this will be the start of a long association with you.”

“I would just like to put into words a real big thank you to all, I knew after getting a small group of you down for the launch of the Plymouth Respect Festival that we had to get the full group down , no mean feet 25 people from London to Plymouth with a 10am start on a Saturday , I am glad to say I was right you really rocked in a samba style our audience it was a pleasure to work with you all, the enthusiasm of all involved was great and your originality was refreshing, cheers to all.”

“You never fail to deliver a spell binding show of everything from truly authentic Brazilian Samba to current chart music with a Samba twist. There truly is nothing they can’t do musically and they also come with the best dancers in London! This is truly passionate and inspirational musicians who you will want to book over and over.”

“The band hosted and produced collaborations with various visiting Brazilian artists, whom they performed alongside and created a strong creative relationship which has lasted beyond 2012. The musicians and dancers performed in a number of Olympic events including the Olympic Park, both at VIP and public areas as well as many sets at the various London 2012 Festival sites around the capital, including Somerset House and BT live in Victoria park. The band is professional, enthusiastic, and a pleasure to work with. I have no hesitation in recommending them for any event, their experience combined with their youthful energy makes them a real hit at any event.”

London 2012 Festival for the Olympic and Paralympics Games

“We worked with the band on several high profile events including Lovebox Festival and entertainment for the Olympic Closing Ceremony. We have found them to be incredibly organised, helpful and professional, not to mention talented! I happily recommend to anyone needing an energetic, entertaining band that plays a variety of music that can get the crowd on their feet.”

“Highly professional, well drilled and bring the party each and every time. We’ve worked together on some of the biggest stages (Brixton Academy, Glastonbury Other Stage, Reading Festival, Big Chill, Wireless) and they’ve always been brilliant, and Barak brings a huge wealth of knowledge and ideas with him. I look forward to us all working together again in the future.”

“The band took part in the Brazilica Festival here in Liverpool July 2013, they were a pleasure to work with and did several performances, supporting Sargento Pimenta at the Cavern and performing on the Brazilica main stage the following day.They did the carnival parade too and wowed the crowds. We’d love to have them back.”

“An amazing collective of very passionate , talented musicians who I saw performing for the 1st time some years ago at the very popular festival the Big Chill. Later on I booked them to play at LSO St Luke’s to perform at Inside Out in the outdoor grounds of the fabulous LSO St Luke’s as a part of the diverse community orientated program promoted by the LSO during the summer. The eclectic approach of the band fitted perfectly with the informal ethos of Inside Out therefore booking was a complete success.”

“At Rich Mix in November 2013, the band’s playing was superb and I enjoyed the novel experience of being accompanied by a magnificent rhythm section whilst performing my calypsos. I look forward to repeating the experience.”

“They are the most versatile samba percussion squad. Guaranteed to consistently deliver first class high energy entertainment and rock the house!”

“Showed great ability to entertain all peoples, in all places and ease to work with are second to none. The band explores all genres and styles, in a completely professional way . I have no reservations to suggest anyone should book this fantastic act.”

“The ability to work closely with Mandinga’s artistic direction gives them a clear edge over other street bands. The quality of the music arranged and played is of the highest quality both nationwide and abroad. Their passion for playing, willingness to put in the extra time to raise the standard of musicianship, to accommodate new performance approaches and to initiate new musical genres are all inspirational for our own artform: costume, puppet and float design, street theatre and dance. I can only look forward to 2014 pushing forward the boundaries once again. I applaud the professionalism and creative drive of this unique musical band.”

“They have performed for City University London’s Lord Mayors Show float for the past two years. We have been very impressed not only with how their music lifted the crowd surrounding the float, but also with their professionalism before, during and after the event. Last year they even managed to deliver exceptional and exciting live music in extremely adverse weather conditions. We look forward to working with them to develop ideas for the future.”

“This is an outstanding carnival band. Their feel good mix-up of world rhythms with soul, funk and pop has any audience dancing and singing. They have been a cornerstone in the Great British Carnival project. Their involvement has guaranteed the musical excellence of all the showcases we produced and put the great into Great British Carnival. We are planning to work with them extensively next year, and for many years to come.”

“I had the pleasure of hosting 2 shows by them at our annual music festival at the University of Hertfordshire. In those 2 shows the group displayed an amazing breadth of repertoire covering a vast area of musical possibilities – from a “carnival” parade to a full show on stage setting. This latter included dance, theatre, music and narration (the history of Samba in 2 hours), striking an unusually exquisite balance between education and entertainment. Whatever the format, I rate their shows to be of the highest artistic quality and professionalism, and I would not hesitate to recommend these dedicated, passionate and highly talented artists to everyone.”

“Had the pleasure of sharing a float with them at the carnival (Notting Hill) and they have been the grand finale to many of our biggest festival and touring shows.”

Check out other Dancers From Around The World