Only Boys Aloud are available to book for a variety of events – we work in direct association with their representative as a booking agent for Only Boys Aloud. Only Boys Aloud is a Welsh choir comprised of approximately 175 young men between the ages of 14-19, and was the concept of a joint venture between best-selling choir group Only Men Aloud and renowned conductor Tim Rhys-Evans. Only Boys Aloud Choir been the subject of two TV documentaries and have also appeared on BBC’s Songs of Praise, and, having performed at many high-profile events, are also available to book for corporate and private parties.

Formed in March 2010 by it’s father choir Only Men Aloud, Only Boys Aloud was designed to encourage 14-19 year old young men in South Wales to effect some positive change in their lives.

In the two and a half years since it’s inception, Only Boys Aloud (OBA for short!) has engaged hundreds of teenage lads with singing in Wales’ most famous musical export, the Welsh Male Choir and felt enormous, life-changing results. Levels of confidence, performance, concentration, social-skills, musicality, vocal technique has all seen huge improvement as a direct impact of the scheme and the resulting choir is a very special one.

Only Boys Aloud is completely free of charge to it’s members and their policy of not auditioning is central to the choir’s ethos of inclusion and accessibility as is their method of having different local groups, rehearsing mostly in rugby clubs, right across the valleys region. This not only ensures that attending rehearsals is easier but sees a sense of local identity and pride that will impact on the individual communities we work in.

2012 was an extraordinary year for Only Boys Aloud when it fought off tens of thousands of competitors to take third place on Britain’s Got Talent. Subsequent interest in Only Boys Aloud has been at an all time high with OBA and it’s performance of Calon Lân both ‘trending’ worldwide on Twitter and the self-same performance receiving over four million hits on You Tube to date.

The increased and international platform for Only Boys Aloud created by BGT has meant that recording industry giants Sony offered the boys an recording deal and their eponymous debut album was released in November 2012. Calon Lân went into the number one position on the iTunes classical singles chart and the boys’ developing an impressive list of TV and Radio credits to boot, including This Morning, Songs of Praise, Who Wants To Be A Millionaire Celebrity Christmas Special and the X Factor Final.

Only Boys Aloud will team up with Welsh National Youth Opera this summer to celebrate the centenary of Benjamin Britten. They’ve performed on live TV, opened the National Eisteddfod and signed a record deal. Now Only Boys Aloud are adding another string to their bow – taking part in an opera. The young Valleys-based choir will join forces with Welsh National Youth Opera to mark Benjamin Britten’s centenary year of 2013. The opera company will celebrate the milestone anniversary of the composer’s birth with a new production of Paul Bunyan. More than 140 members of Only Boys Aloud will feature in the opera alongside 80 young singers, musicians and technical placement students. It will be a nostalgic project for Tim Rhys-Evans, the founder and music director of Only Boys Aloud, as he was musical director of the opera company for more than 10 years.

Only Boys Aloud have been invited to perform at Buckingham Palace in front of Her Majesty alongside Katherine Jenkins, Russell Watson, Katie Melua, Laura Wright and pop rock band The Feeling for the Coronation Festival Gala in July 2013.

Contraband is the UK’s top booking agent, with passionate, experienced account managers who guarantee you the best deal possible. Contact us today if you would like to book Only Boys Aloud to be the headline of your event! We as your booking agent are more than happy to help you create the most memorable moments with Only Boys Aloud.

Only Boys Aloud Choir: Videos | Book for your event 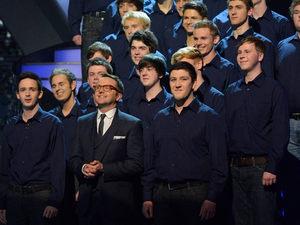 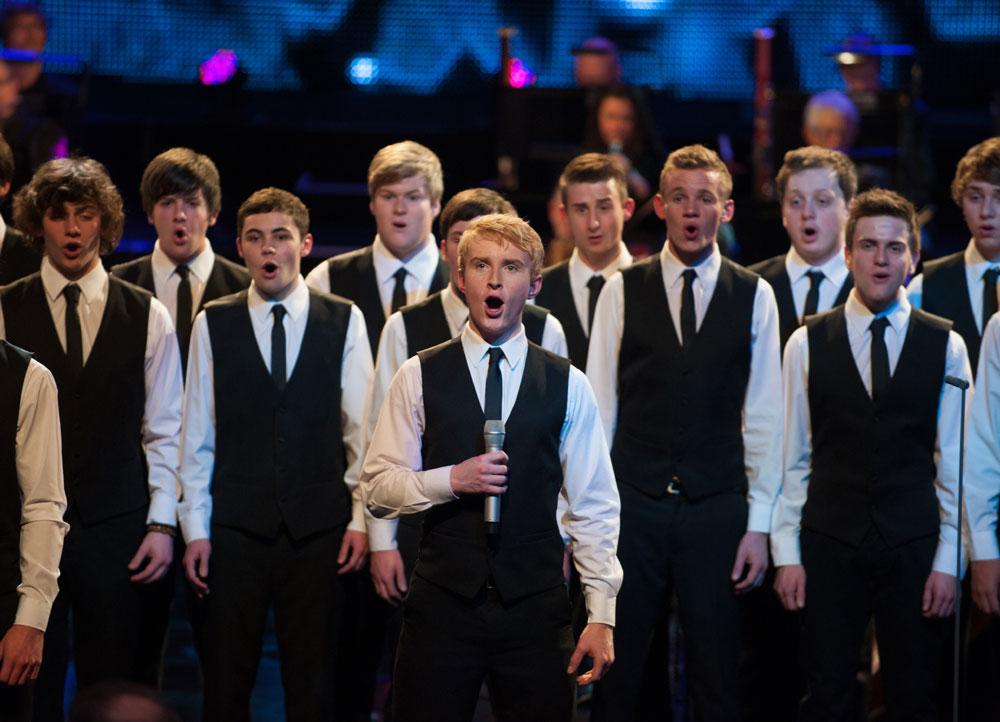 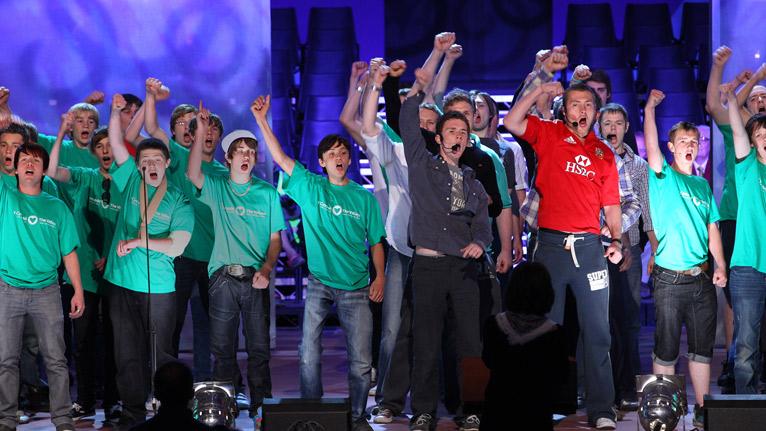 Videos of Only Boys Aloud Choir – Britain’s Got Talent 2012