Boutique feature only the crème de la crème of London musicians who have added a carte blanche to glittering events worldwide.

Known for exceptionally interactive entertainment, Boutique are brimming with flair and elegance. Connoisseurs in search of a cordon bleu soiree, need look no further. They have performed at exceptionally high profile private events for the following celebrities: Graham Norton, Piers Morgan, Jeremy Clarkson, The Prince of Dubai.

Boutique have extensive experience performing all over the world including recent performances in: Oman, Italy, Azerbaijan, France, The Philippines, Spain, Thailand, Ireland, Bali among others. They have recently performed for the following large companies: Mercedes, Land Rover, Microsoft, Booking.com, McDonalds.

As session musicians you will have heard their voices on TV and Radio commercials / theme tunes for: X-Factor 2018, Who Wants To Be A Millionaire, Peter Rabbit, Charley Bear, Tree Fu Tom, Ribena, Innocent Smoothie, Mitsubishi, Samsung, The Disney Channel. The ensemble’s promotional video was filmed live at a premiership football club event whose clientele expect glamorous entertainment of only the highest calibre. This video places you firmly in the Louboutin’s of an awestruck guest, moving amongst the haute-monde and at the foot of a world-class performance.

★ Known for exceptionally interactive entertainment, Boutique are brimming with flair and elegance

★ Boutique have extensive experience performing across many continents across the world 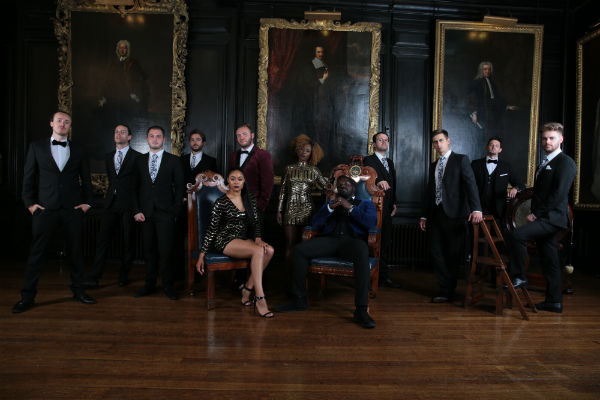 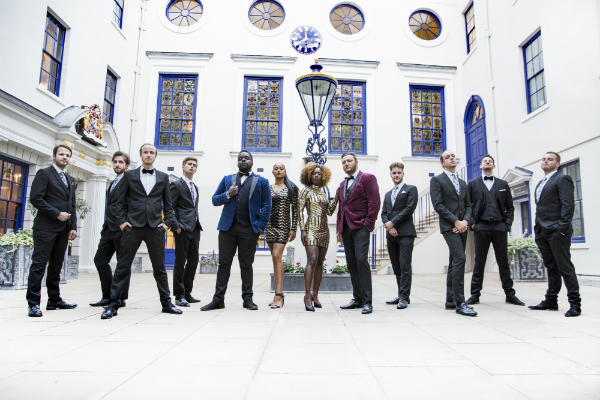 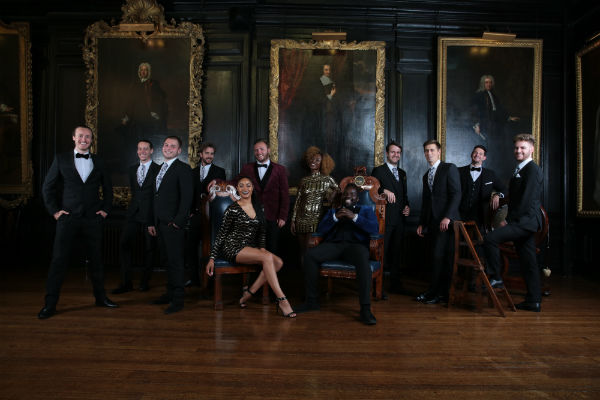 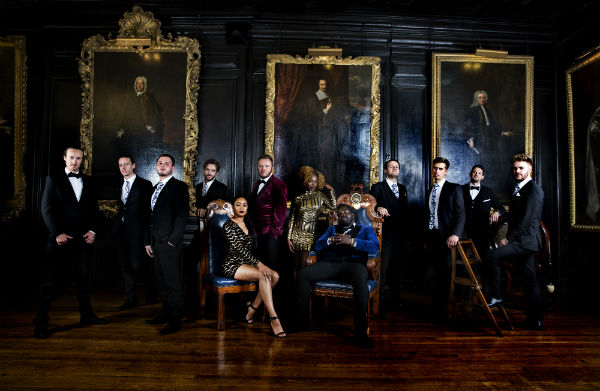 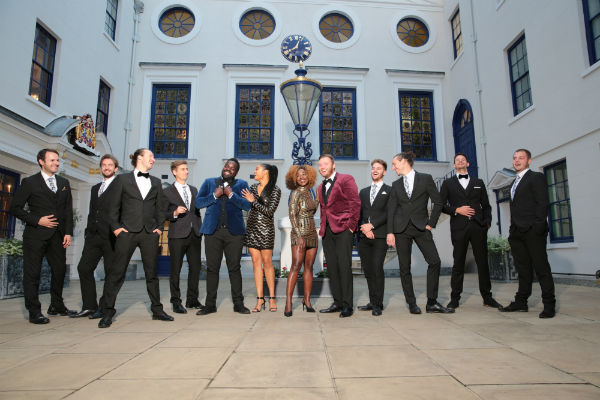 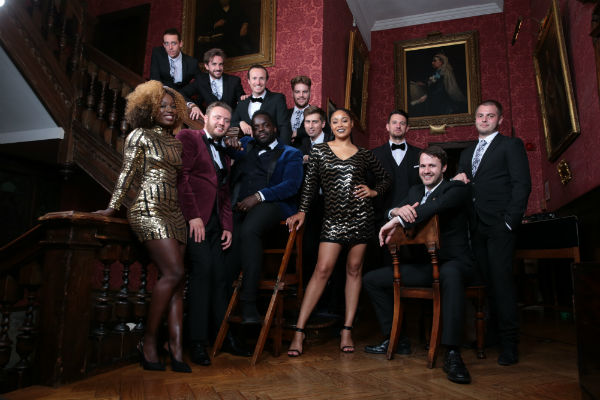 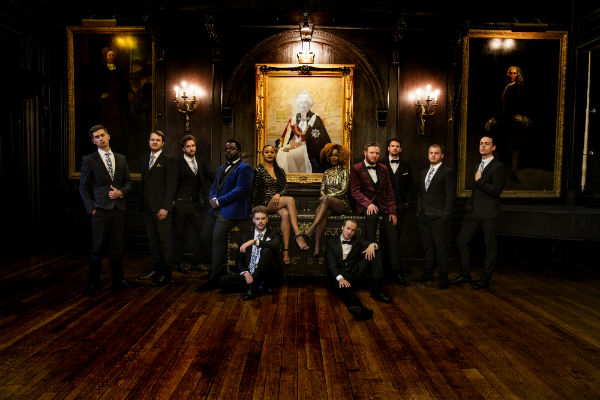 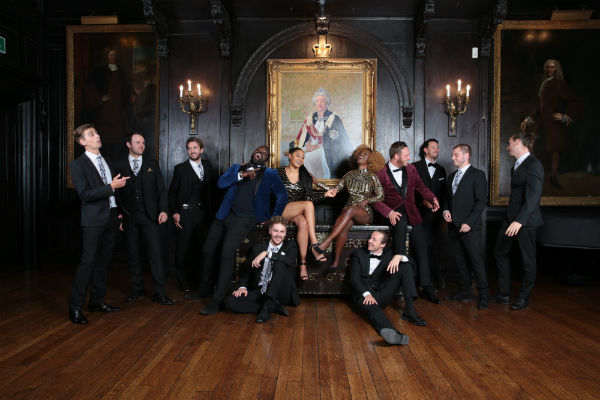 100% professional, they clearly take what they do very seriously. Every aspect of the service was impeccable. They were superb in terms of liaising before and during the event. They made our night not only incredibly enjoyable but entirely stress free. Please pass on our thanks to the band!
Clementine, London (Corporate Event)

Boutique exceeded our expectations 10 fold! I’ve never seen a band that can do that with a crowd. They had our guests in the palm of their hand from the word go. This was a night we will never forget. Thank you so much!
Quentin, Henley (Private Party)

These are musicians of the highest calibre with the stage presence to match. The way they interacted with the crowd was phenomenal. I can’t recommend them highly enough, book them now
Philip, Richmond (Wedding)

My colleagues are still raving about the band from Thursday night. We had so many compliments, people were asking where we found these guys! Their song choice was spot on and they pitched the show just right for our crowd. You can tell they have been doing it for a long time. Thank you!
David, Liverpool (Corporate Event)

We decided to get married in Italy and wanted something really special to impress our guests. We searched through so many bands online but nothing felt right. Then someone at work forwarded my husband Boutiques promo video. Their video put our expectations very high but their performance on the night to put it mildly was unbelievable! The videos that our friends posted still give me shivers! We are eternally grateful to the band for making this the best night of our lives. It wouldn’t have been the same without them. Thank you Boutique!
Cecilia, Italy (Wedding)

If someone tells me they have seen a better band at a party I won’t believe them. This the best live band you will ever see!
Bunty, Hampstead (Private Party)

Due to the nature of our cliental we needed an ensemble that we could trust would set the right tone and impress our guests. I have to say that their level of professionalism and the way in which they conducted themselves throughout the night was exceptional. I will certainly be using them again. Many thanks.
Michael, Sandbanks (Private Party)

It was perfect! We were nervous about booking a band from London so last minute for an event in Paris. I have to say they brought a type of class we would have not been able to find elsewhere. Merci Beaucoup!
Claude, Paris (Product Launch)

So so good! They definitely know how to get the party started… conga lines, limbo competitions and the sing along at the end was wild. Fabulous!
Rebecca, Central London (Christmas Party)

The band brought so much energy to our event, the singers especially had such a presence and way of involving our guests. Even our most reserved colleagues were getting up to dance and party! Fun, fun, fun!
Matteo, Zurich (Corporate Event)

80s
1999 – PRINCE
9 to 5 – DOLLY PARTON
Ain’t Nobody – CHAKA KHAN
All Night Long (All Night) – LIONEL RICHIE
Attitude Dance – TOWER OF POWER
Baggy Trousers – MADNESS
Beat It – MICHAEL JACKSON
Billie Jean – MICHAEL JACKSON
Celebration – KOOL AND THE GANG
Conga – GLORIA ESTEFAN & MIAMI SOUND MACHINE
Do I Do – STEVIE WONDER
Don’t Stop Believing – JOURNEY
Everybody Needs Somebody to Love – THE BLUES BROTHERS
Footloose – KENNY LOGGINS
Get Down On It – KOOL & THE GANG
Get Down Saturday Night – OLIVER CHEATHAM
Ghostbusters (theme from ‘Ghostbusters’) – RAY PARKER, JR.
Girls Just Wanna Have Fun – CYNDI LAUPER
Give It Up – KC AND THE SUNSHINE BAND
Give Me The Night – GEORGE BENSON
Holiday – MADONNA
How Will I Know – WHITNEY HOUSTON
I Wanna Dance with Somebody (Who Loves Me) – WHITNEY HOUSTON
I’m Coming Out – DIANA ROSS
It Must Be Love – MADNESS
Just The Two Of Us – BILL WITHERS / GROVER WASHINGTON,
Kiss – PRINCE
Let’s Dance – DAVID BOWIE
Let’s Groove – EARTH, WIND AND FIRE
Like A Prayer – MADONNA
Livin’ On A Prayer – BON JOVI
P.Y.T. (Pretty Young Thing) – MICHAEL JACKSON
Master Blaster (Jammin’) – STEVIE WONDER
Material Girl – MADONNA
Never Too Much – LUTHER VANDROSS
Ride On Time – BLACK BOX
Shake A Tail Feather – RAY CHARLES
Somebody Else’s Guy – JOCELYN BROWN
Someday – CE CE ROGERS
Take On Me – A-Ha
The Power Of Love – HUEY LEWIS AND THE NEWS
The Time Of My Life – THEME FROM DIRTY DANCING
Thinking Of You – SISTER SLEDGE
Three Little Birds – BOB MARLEY & THE WAILERS
Thriller – MICHAEL JACKSON
Upside Down – DIANA ROSS
Wake Me Up Before You Go-Go – WHAM!
You Can Call Me Al – PAUL SIMON