The Formation
The Vaccines first formed as a quartet in the summer of 2009, headed by vocalist Justin Hayward-Young and guitarist Freddie Cowan who added bassist Arni Arnason and drummer Pete Robertson to their ranks. Dedicated to finding their sound they spent the first few months together working on their first single ‘If You Wanna’ which they subsequently released on YouTube in 2010. The track began to attract attention and soon reached the ears of Radio 1 DJ Zane Lowe who had overwhelming praise for it, ultimately naming it as the ‘Hottest Record in the World’ later that same month. Their whirlwind rise to the top was further cemented after their first London show, which had over 300 people in the audience and a further 200 queuing outside who couldn’t get in. It was recognised by the industry as the indication that The Vaccines were special, with magazine The Clash stating it was a ‘game changer’.

Later that same year The Vaccines released their first official debut single with record label Marshall Teller Records. Titled ‘Wreckin’ Bar (Ra Ra Ra)/Blow It Up’ it was a limited release that received a wealth of positive reviews for its unbridled energy and power. Q Magazine also named it as their Track of the Day. As their popularity increased and they continued to tour around the UK, The Vaccines started to work on their debut album.

What Did You Expect?
With a dedicated fan base consisting of both the public and industry professionals helping to propel their career, The Vaccines were fast becoming one of the most talked about bands in the UK. Their 2011 kicked off to an impressive start after they achieved third place in the BBC Sound of 2011 poll in January and had their first appearance on the cover of major music magazine NME. They soon signed with Columbia Records and had released their second single ‘Post Break-Up Sex’ by the end of the month.

After a succession of nominations from prominent award shows such as the BRITs and MTV Awards, The Vaccines were invited to join the NME Awards Tour as support for Crystal Castles. Soon after they released their debut album ‘What Did You Expect From The Vaccines?’ which stormed to the top of the charts with a no. 4 position and subsequently became the best-selling record by a band that year. The album was received with masses of positive reviews that credited the bands high-energy, exhilarating tracks and straightforward but irresistibly exciting style. Entertainment site The A.V Club praised their engaging sound, comparing them to the likes of The Kaiser Chiefs and The Strokes. The record has since been certified Platinum by the BPI.

Over the course of the year The Vaccines played over 150 shows across the world, promoting their album and drawing in legions of new fans wherever they went, as well as making their American television debut of the famed Late Show with David Letterman. They also supported Artic Monkeys and appeared at popular festivals over the summer including the Reading and Leeds Festivals where they earned the title of the best band of the weekend from NME. The Vaccines culminated their unbelievable year by helping to celebrate the next one on Jools Holland’s Annual Hootenanny for New Year’s Eve

Time at the Top
The Vaccines announced their second upcoming album in March 2012, stating that they had already been dedicating time to it and had almost half the album completed already before confirming it would be out later that year. After another successful summer playing at some of the top festivals in the UK, ‘Come of Age’ was released in September, climbing to top of the charts it was a huge hit and eventually became certified Gold in the UK. Critics applauded their evolving style with NME calling them a ‘damn, fine specimen of a band’.

With their reputation continuously increasing The Vaccines were at the top of their game, receiving countless nominations and embarking on their first headlining tour of the US before playing at prestigious venues such as the O2 in London and supporting the legendary Rolling Stones in Hyde Park. After gracing the cover of NME for the second time they announced they were working on new material before debuting a new single a couple of months later called ‘Melody Calling’. The single was their third one to make it as Zane Lowe’s ‘Hottest Record in the World’. They followed up the single with an accompanying EP which frontman Justin Young claimed was a signpost for their new material.

After a break from touring The Vaccines announced their forthcoming third album in the summer of 2014. They returned to the stage in November of that year to play gigs in Hong Kong, Vietnam and India where they premiered some of the singles to be featured on the album including ‘Handsome’ and ‘Want You So Bad’. The aforementioned track ‘Handsome’ was released in January 2015 with their album ‘English Graffiti’ hitting the airwaves in March, debuting at no. 2 on the charts. Once again, The Vaccines received floods of praise for their ever-improving style, with NME stating, “The indie titans return with a kitschier, more colourful, genre-spanning version of their old selves.”

Recent Years
The Vaccine’s most recent album is titled ‘Combat Sports’. The success of the album was a result of experimenting with various producers before deciding on Ross Orton who encouraged them to find their own identity. Taking this on board and influenced by the death of Leonard Cohen, songwriter and vocalist Young strove for a unique sound, committing himself to writing better lyrics that were subsequently praised by The Guardian. When Combat Sports was released in March 2018 they sustained their consistently impressive run of records with another well received album that charted at no. 4 in the charts and led to an extensive world tour.

Awards and Accolades
In their triumphant rise through the industry, The Vaccines has amassed a variety of nominations and awards. These include four NME Award nominations, winning Best New Band in 2012. The have also been nominated for 3 BRIT Awards, a MOJO award, an MTV Award and a Q Award, each establishment commending their fantastic breakthrough into the music world.

Book The Vaccines
If you would like to book The Vaccines to put on an unforgettable performance at your event then we can help. As a booking agent for The Vaccines we can help organise this incredible act to bless your ears with some of their biggest tracks to date; commended for their live performances they will be sure to blow everyone away whatever the occasion. Just get in touch and our experienced account managers will be delighted to assist you with your enquiry, as a top booking agency we are dedicated to helping you make your event a sensational experience for all.

The Vaccines : Videos | Book for your event 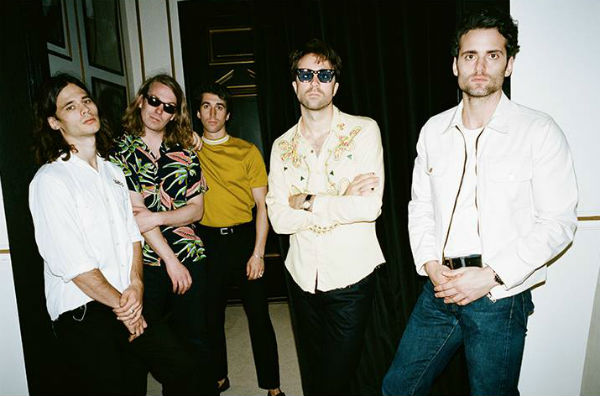 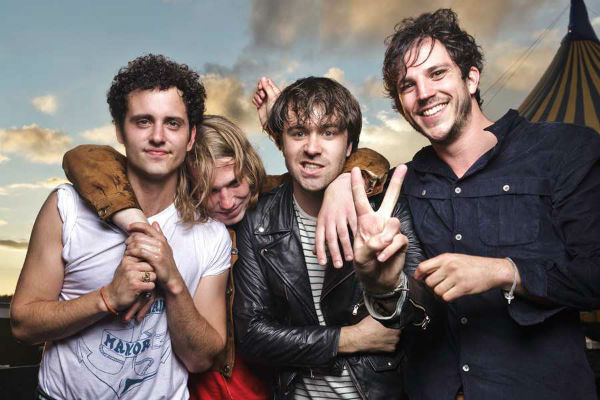 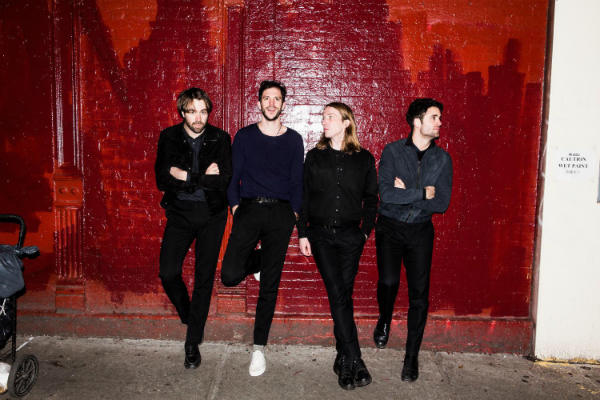 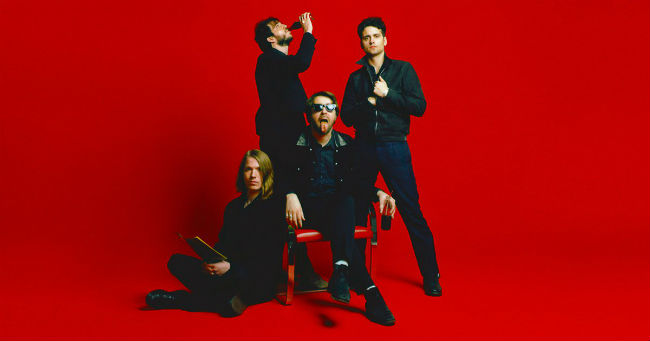 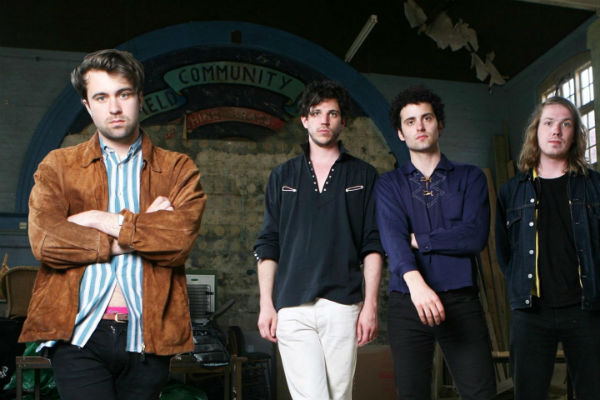 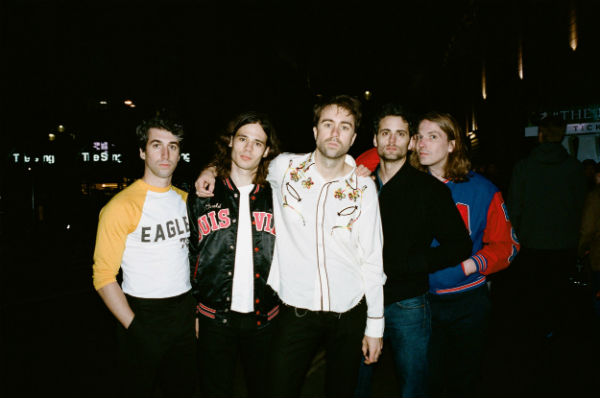 Videos of The Vaccines

Check out other Famous Rock Bands