The Black Eagles are originally from Tanzania, East Africa, where they learnt their acrobatic skills on the streets of Dar-es-Salaam. The African Acrobats have toured extensively in South Africa at the Brian Boswell Circus, Botswana, Zimbabwe and Mozambique, before coming to the United Kingdom as the Black Eagles.

Since then they have appeared all over the UK and Europe at festivals such as Womad (UK, Spain and The Canary Islands), Glastonbury Festival, Sidmouth International Festival, The Royal Albert Hall, Canary Wharf, Sunderland Football Stadium (Stadium of Light), The Queen’s Jubilee, Commenwealth Olympics in Manchester, and many more.

The Black Eagles shows are suitable for any environment, combining stunning acrobatic skills, energetic dance and an uplifting African Musical soundtrack, in performances that are both enjoyable and breathtaking!

The normal show is 2 x 25 minutes of either acrobatic, hoops, limbo or samba.
They supply their own music on cd or minidisc and have their own PA if needed. The stage area is 5 x 5 metres and approximately 12 ft high. There are usually 3-4 acrobats in one show.

★ Have performed all over the UK and Europe at many festivals

★ Energetic dance straight from the streets of Dar-es-Salaam 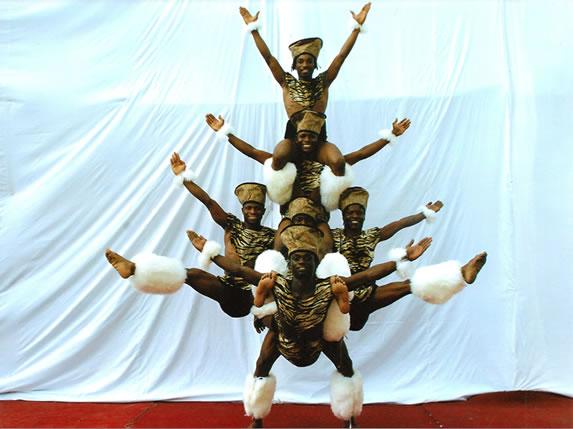 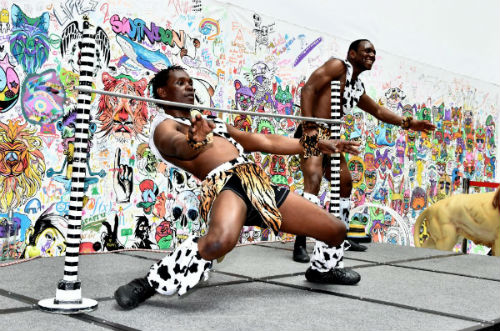 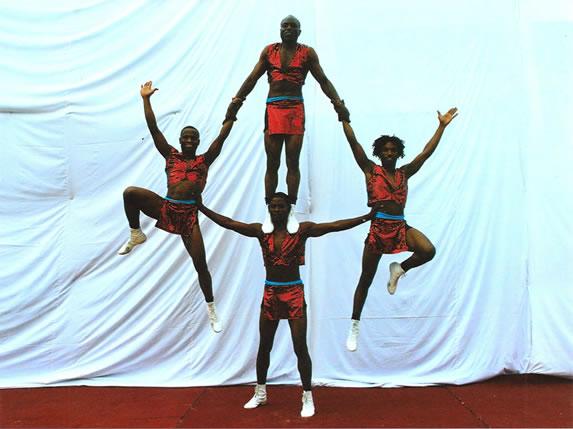 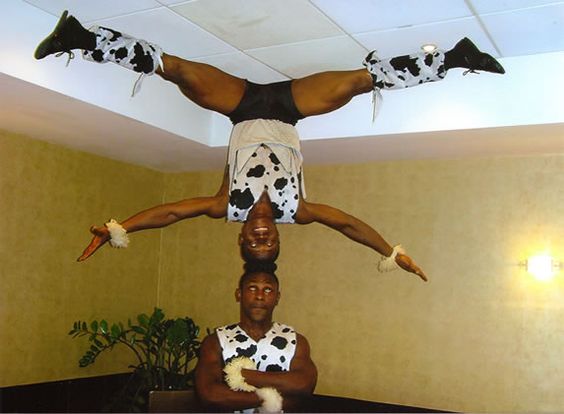 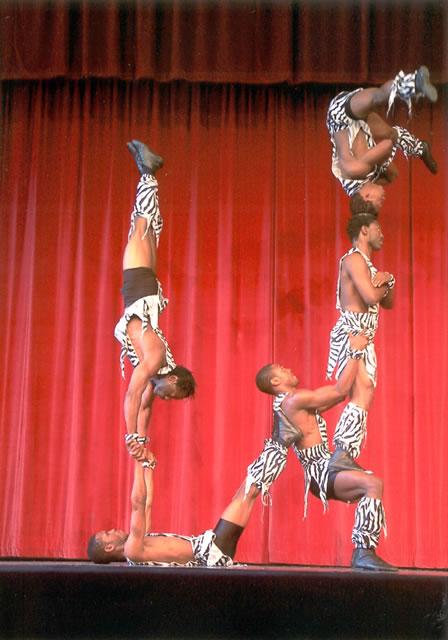 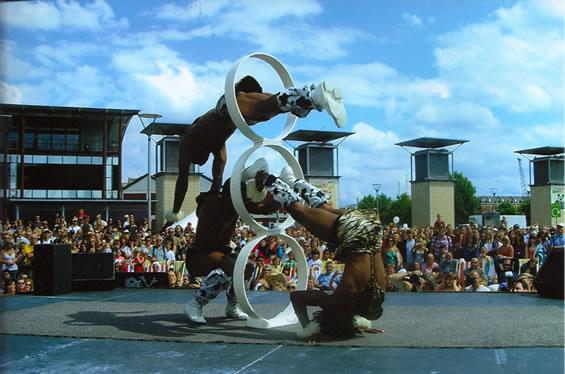 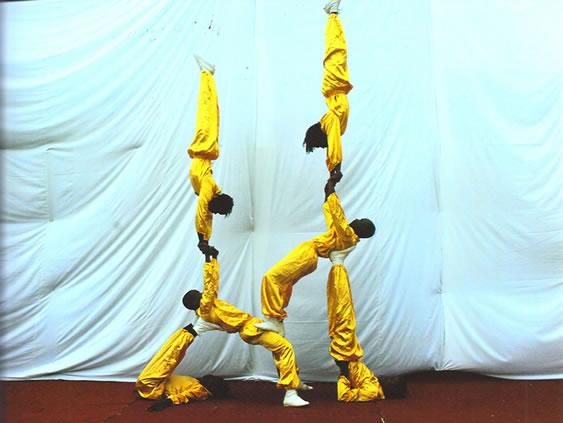 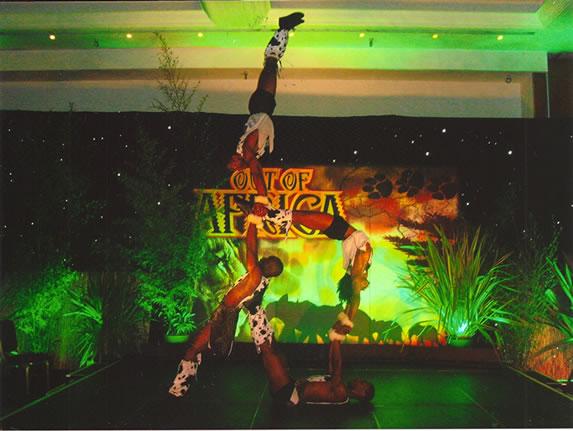 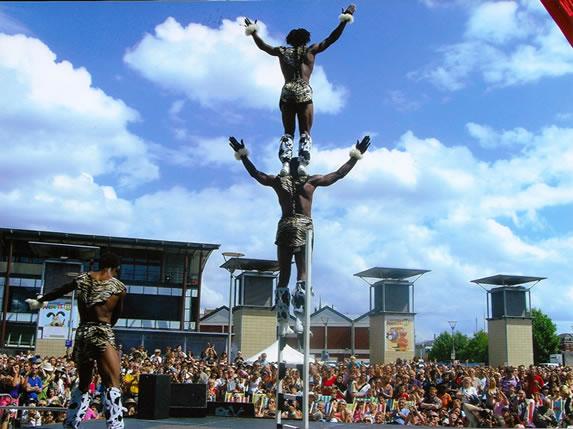 They went down brilliantly, the biggest problem being the young children from the audience trying to re-enact the acrobatics themselves afterwards (they were so impressed!). The troupes were real professionals.”

“These unbelievable artists had most of the audience totally spellbound and speechless and undoubtedly contributed to the major success the event certainly was… please offer our thanks to all of these superb stars.”

“Dazzling performances. They certainly are a most professional and hard working team.”

”Black Eagles applied themselves to the Caribbean theme without question. Keen, lively and entertaining.”

“All acts were great. Black Eagles were amazing (and cheeky!). The residents here loved them, especially in their skimpy outfits! All feedback we got from residents was fantastic…We shall definitely use your services again in the very near future, and will recommend yourselves to others.”

“The performance was fantastic everyone loved it…!”

“You were on my list of people to email this morning! Absolutely yes, we have some amazing feedback for the Black Eagles. They went down an absolute storm with our guests, were flexible in every sense of the word (!) with our timings and created a fantastic buzz and vibe to the Safari event. Every comment so far is that this was by far our best ball so far and the Black Eagles contributed fabulously to this success…. they were incredible really quite unbelievable feats of gravity and strength and I ensured I congratulated them on getting our crowd going so well! I would recommend them wholeheartedly…”

The November Ball (via Contraband)

Limbo Dance with fire show (with or without audience participation)
Simba, the comical and acrobatic tale of a lion and lion tamer (great for children)
Acrobatic and African dance show for the street or stage.
Acrobatic halloween show to add some spookiness to your night
Ladder show which does just what it says on the tin!