Lion King, Mamma Mia, We Will Rock You…Want to bring a West End show to your next event? Go Beyond West End offer a wide selection of musical reviews including Chicago, Rock of Ages, Priscilla Queen of the Desert, Greatest Showman, The Blues Brothers, Kinky Boots, Mary Poppins – they really do have it all!

Whether you are looking for a 5 minute pop up performance or a 25 minute spectacular, Go Beyond West End will adapt this show to your needs. Performances can be spread over a three course meal to entertain guests throughout your evening or as a climatic finale to your night. Any of the performers can be featured as stunning walkabout characters too , maybe at a drinks reception or even a meet and greet – a great photo opportunity for all!

Fancy something from the charts? The team have a super fun selection of pop songs as well. Whether it’s Sia, Adele, Lady Gaga – Go Beyond have their very own musical director that can compose any medley of songs you could think of. Want the choreography from the music video too? They can bring that too! Let your guests enjoy the very best from the West End or a cool twist on popular music. A super fun evening of entertainment for all!

The performers have come straight from the West End lead and Ensemble roles of major shows, so you know you are getting the very best performers straight from the biggest stages to your event. Credits include Wicked UK, We Will Rock You, Priscilla, Waitress, Mamma Mia, Rent, Billy Elliot and many, many more! Phenomenal costumes, outstanding choreography and epic vocals delivering all the best hits! So, if you’re wanting something truly spectacular and spellbinding – look no further, Go Beyond West End are the entertainment for you!

★ Chart music performed with a twist 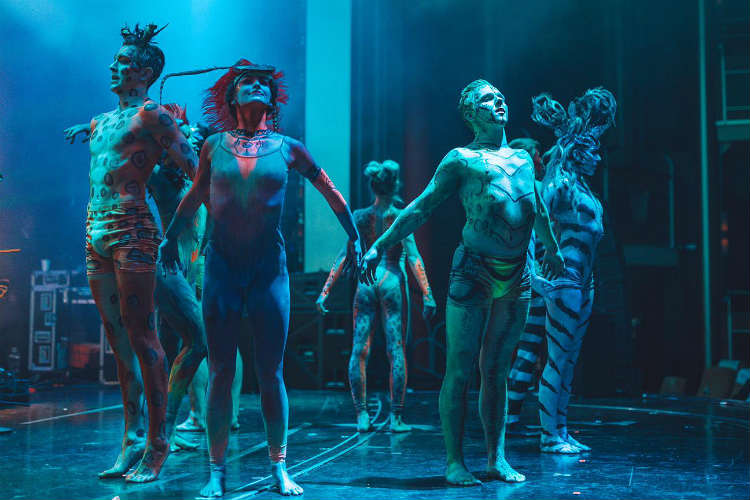 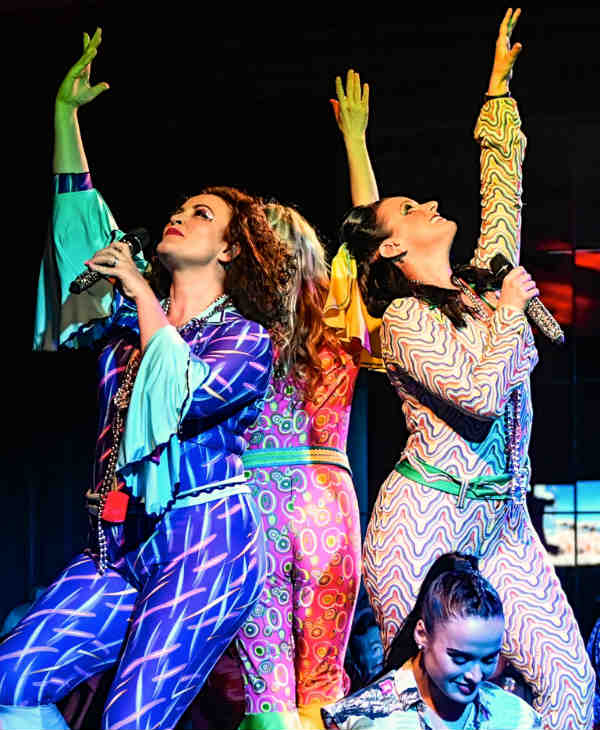 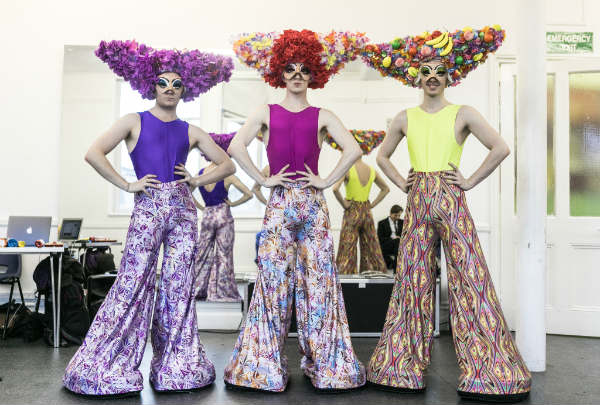 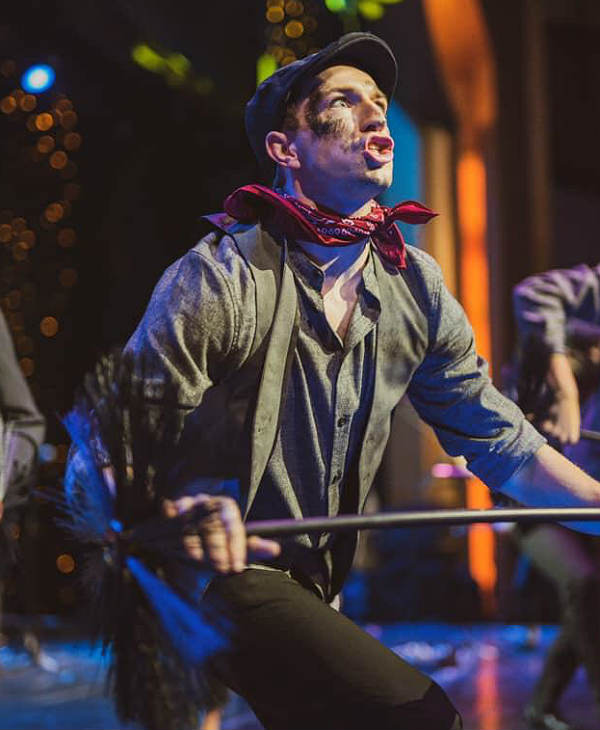 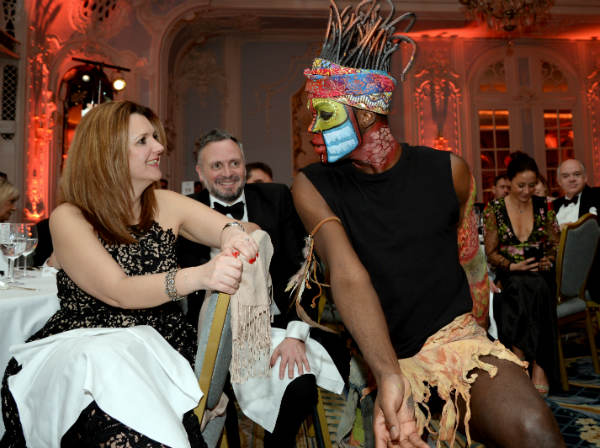 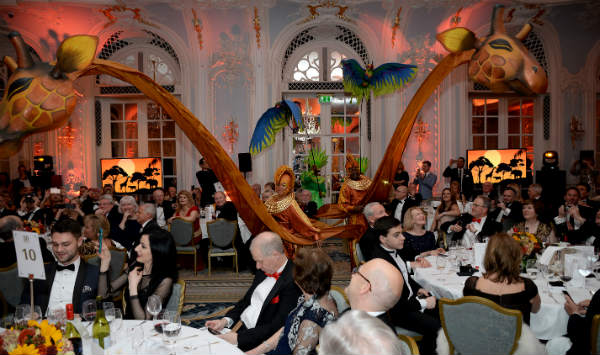 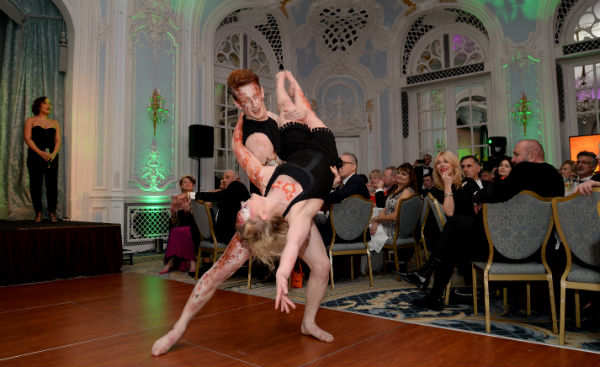 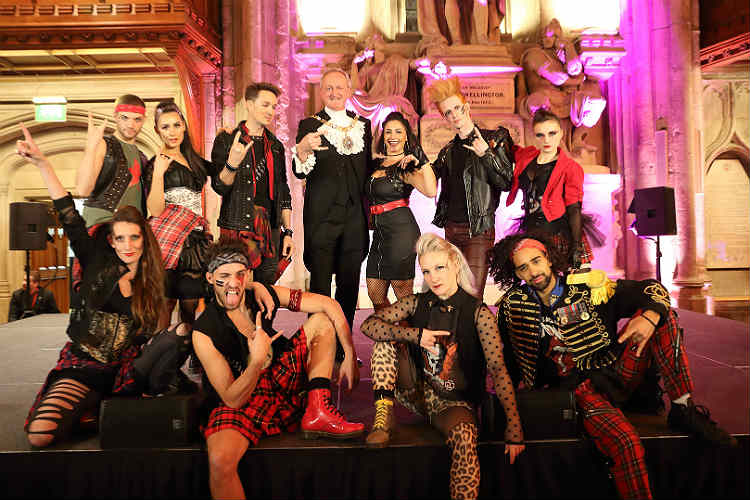 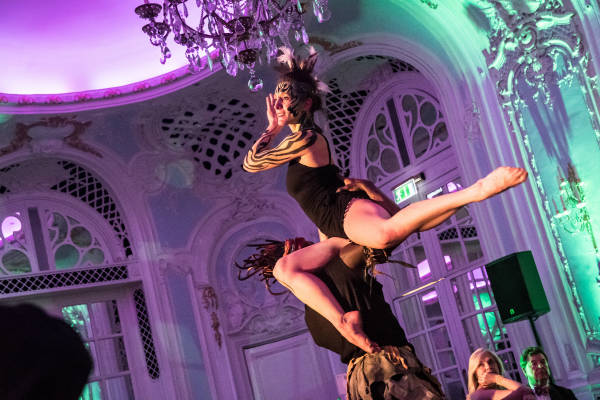 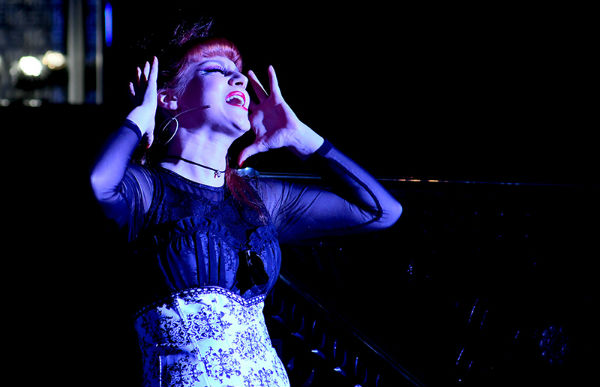 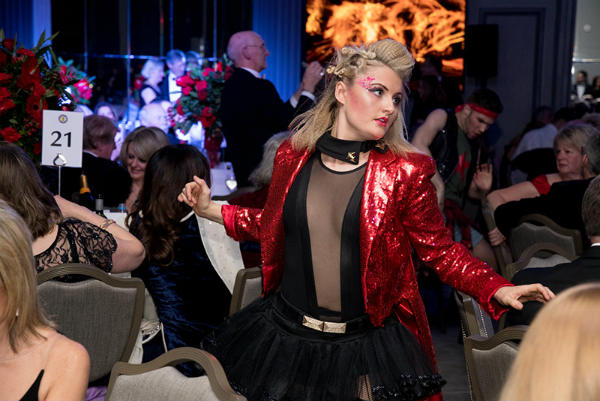 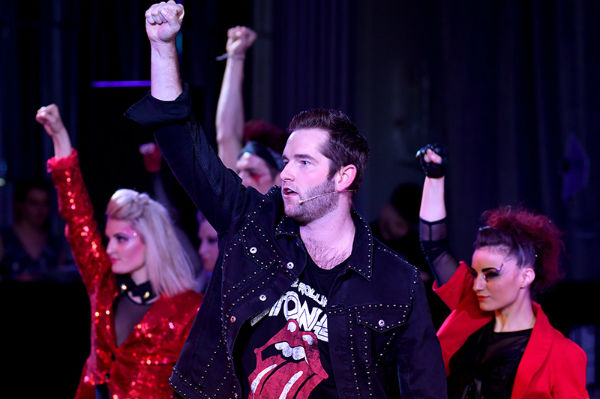 ‘I wanted to write to thank you, all of the Beyond West End team and performers for making last weekend’s Ferrari Owners’ Club Gala Dinner & Dance an outstanding success. Your professionalism and commitment to us as your client was exemplary! From the early stages of planning through to delivery. The performance was truly captivating. The music is still tapping a beat in my head today. For me personally, it was even better than last year!’
Gary Dearn – Ferrari Owners Club

“Thank you so much to the team who put on a fabulous We Will Rock You show for the Lord Mayor’s Grand Finale dinner at Guildhall. We wanted to incorporate the Lord Mayor as well as a group of young people from one of our beneficiary charities into the performances – the team were very accommodating about this and held separate rehearsals for both which was greatly appreciated. The evening was a huge success, our guests loved the show and the Lord Mayor, and the young people had so much fun being part of it!”
– Pauliina Lyttinen, Events Manager at The Lord Mayor’s Appeal

“Having worked with the team on various occasions I can’t recommend them highly enough. Creative, dynamic and responsive, the whole team deliver to the highest level. Their attention to detail and artistry provide a high level of production that will elevate any event to be something memorable.”
– Fleur Mellor – The Musical Factory

‘Jane and the team at Beyond West End were a pleasure to work with. They were very professional and worked hard to create a bespoke performance to suit our event. Most importantly, they put on a fantastic show that our guests really enjoyed.’
Richard Craddock – Wells Fargo Bank

‘The Beyond West End were simply brilliant to work with. They went above and beyond what was asked of them in producing this bespoke immersive performance. They consistently checked to ensure that the Clients’ vision is maintained in what was being created but also ensured that there were no sacrifices made to the impact of the show. They more than deserve total trust in their creativity. The team of performers were incredible, professional and passionate. The show we created was honestly one of the most impactful and powerful performances I have ever worked on and received the better feedback from the audience than we could have imagined. I would book them again any chance I got and would feel totally comfortable working on bigger and complex shows. A dream to work, GO TEAM!!’
Nicky Edwards – Contraband

‘Beyond West End created an exhilarating flashmob for our activation for Bud Light. They were fun, exciting and engaging as a brand experience.’
Hannah Ford – Bearded Kitten

Check out other West End Shows