The amazing Ben Willbond can speak at your event! As a booking agent for Ben Willbond, we can arrange for him to entertain your guests. Ben Willbond first came to prominence as one half of ‘Ben and Arn’, winning the Perrier Best Newcomer Award for The Ben ‘n’ Arn Show at the Edinburgh Festival in 1998.

Ben Willbond has appeared in all five series of Horrible Histories for CBBC/BBC1, and also performed in the Horrible Histories BBC Proms live at The Royal Albert Hall in 2011. The show’s long list of awards includes five BAFTAs, a 2011 Broadcast Award and Best Sketch Show at The British Comedy Awards in both 2010 and 2011.

Ben Willbond co-wrote, co-produced and co-starred in the short film Tooty’s Wedding, which in 2011 won the LA Shorts Film Festival Award for Best Short, the Grand Jury Prize for Best Comedy at the Rhode Island Film Festival and the Best Foreign Film and Best Director awards at the LA Comedy Festival. In 2012 it screened at the Sundance Film Festival in Utah and the inaugural Sundance London, and was nominated for the Sundance Shorts Award.

Ben Willbond’s other film roles include Your Highness with James Franco and Danny McBride, Cemetery Junction, written and directed by Stephen Merchant and Ricky Gervais, Starter For Ten, I Want Candy, Click and St Trinian’s. After appearing as ‘Adam Kenyon’ in a one-off episode in Series 2 of The Thick Of It (BBC2), Ben returned as the same character in a main role in Series 4. 2008 saw Ben Willbond star alongside co-writers Laura Solon and Marek Larwod in Laura, Ben and Him, their acclaimed multi-character sketch show for ITV2. Other TV appearances include series one and two of Rev (BBC2),Extras (BBC1), Lead Balloon (BBC2), The Catherine Tate Show (BBC2) and Black Books (Channel 4).

Contraband is the UK’s top booking agent, with friendly, skilled account managers who guarantee you the best deal possible. Contact us today if you would like to book Ben Willbond to be the headline of your event! We as your booking agent are more than happy to help you create the most memorable moments with Ben Willbond. 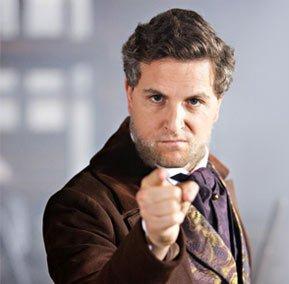 “The man is faultless: he is a brilliant writer with a positively forensic ear for dialogue … a charismatic performer who combines serious acting talent with killer comedy delivery”