Anthem & Concert soprano Emily delights her audiences with her spellbinding performance and is the sporting industry’s first choice national anthem singer with 20 performances at Wembley Stadium in the last 2 years.

This incredible Anthem & Concert soprano singer performed the Welsh, Scottish and English anthems for the Predictor Bet Ice Hockey Championships and supported Northampton Male Voice Choir at their concert in aid of Pancreas Cancer. A highlight for the soprano singer was being the matchday anthem vocalist for the second year running on behalf of the Football Association for the prestigious Emirates FA Cup Final, at Wembley Stadium with a live broadcast on BBC1 & Radio Five Live to 90 million people.

Emily is currently performing as a guest artiste with Russell Watson in his Canzoni d’Amore autumn tour & released a Christmas CD. Emily was also broadcasted live at the KCOM Stadium and Elland Road leading the England & New Zealand anthems for the 2018 Rugby League International Series.

Emily performed at the prestigious Grand Prix Ball at the Hurlingham Club, followed by a concert & recital at the Hartwell House Country Hotel, also featured as soloist at the Cornerstone Music Summer Concert. Emily performed on stage with international BRIT award-winning Russell Watson in his Phantom of the Opera medley on the opening night of the Telford 50th anniversary celebrations, and at the Yorkshire Wildlife Park to 7000 people. Emily was able to perform with highly acclaimed Thursford Christmas Spectacular from October until Christmas.

2019 started with a return visit to the Vitality Quad Series International Netball at the M&S Arena Liverpool and the Copper Box in January where Anthem & Concert soprano Emily has performed for 6 fixtures representing South Africa. England and Australia, all live TV broadcast and Emily will be re-visiting the EIHL Ice Hockey Championships. She also performed the Italian and England anthems for the Under 20s Six Nations fixture on 8 March, a live broadcast by Sky Sports and for the EFL Checkatrade Trophy in April this year at Wembley Stadium with more dates to be announced.

Emily is delighted to be sponsored by international couture house Pia Michi making her the obvious choice for performances at the most glamorous venues. Emily has a wide classical, crossover, Christmas and musical theatre repertoire to perform for corporate, outdoor and gala concert events, including opera dinners and solo concerts. Emily’s act includes numbers from musicals throughout the decades and crossover classics including Nessun Dorma and Con Te Partirò, always leaving her audiences wanting more.

★ UK’s record-holding anthem singer at Wembley Stadium with 20 performances in the last 2 years. 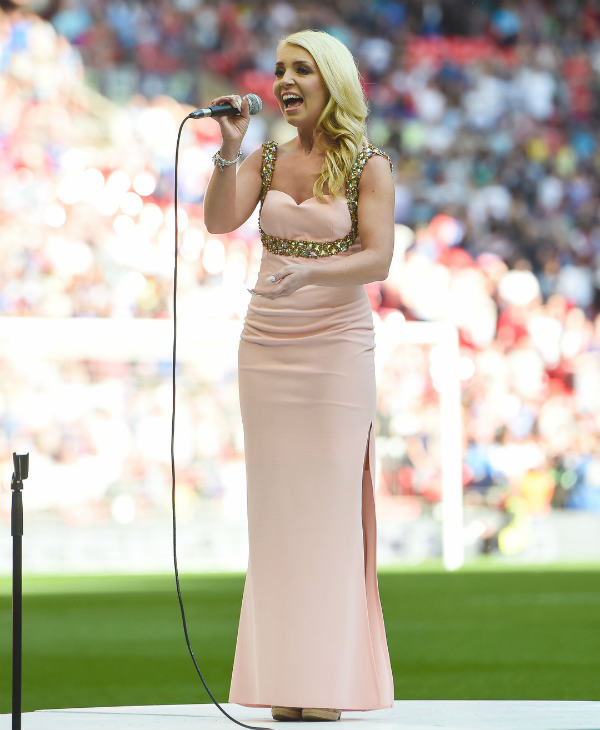 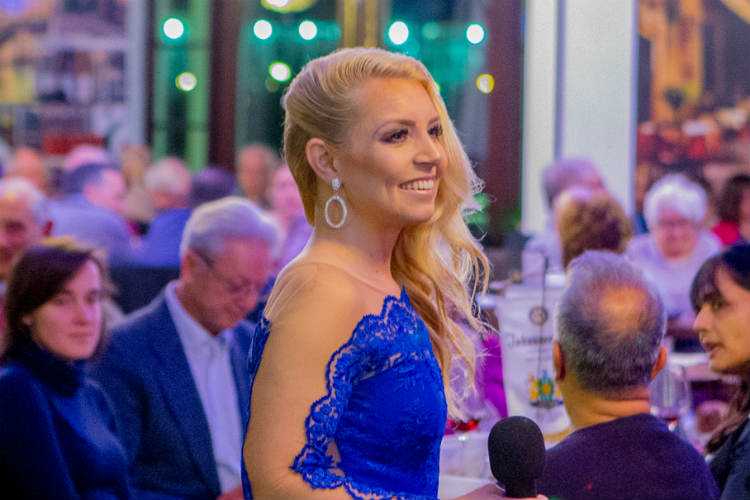 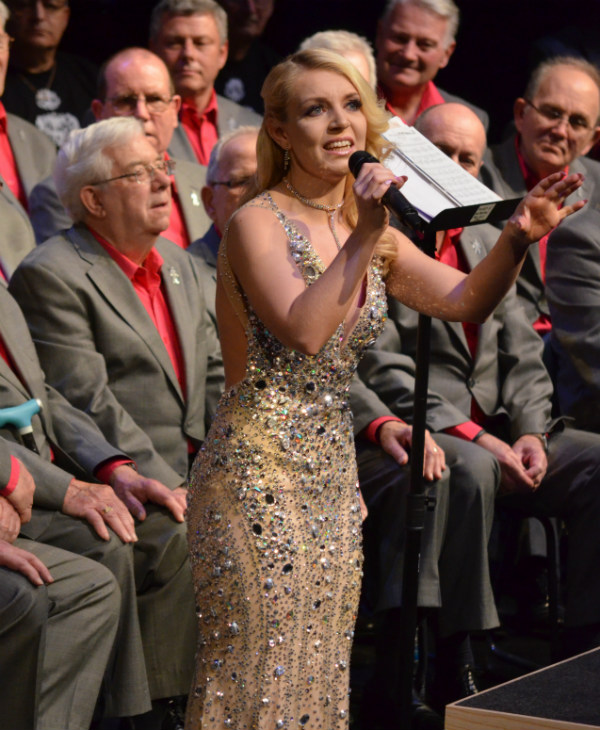 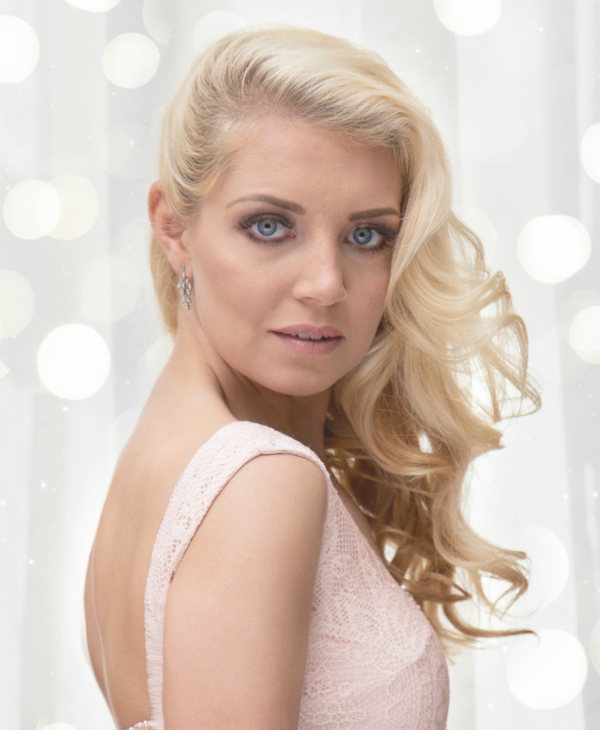 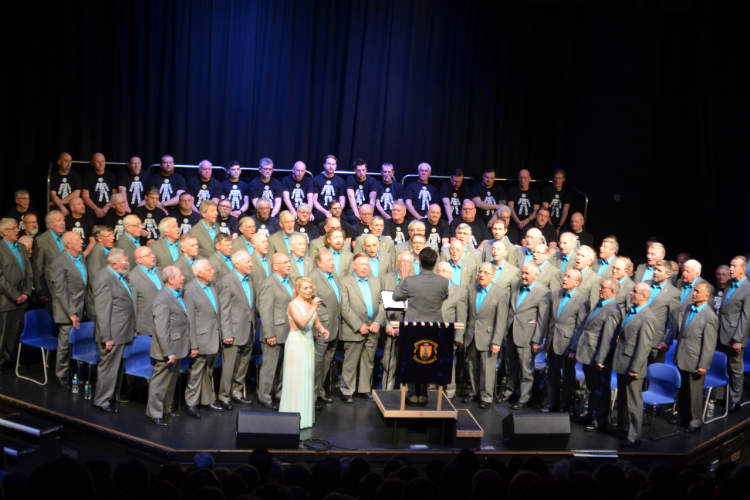 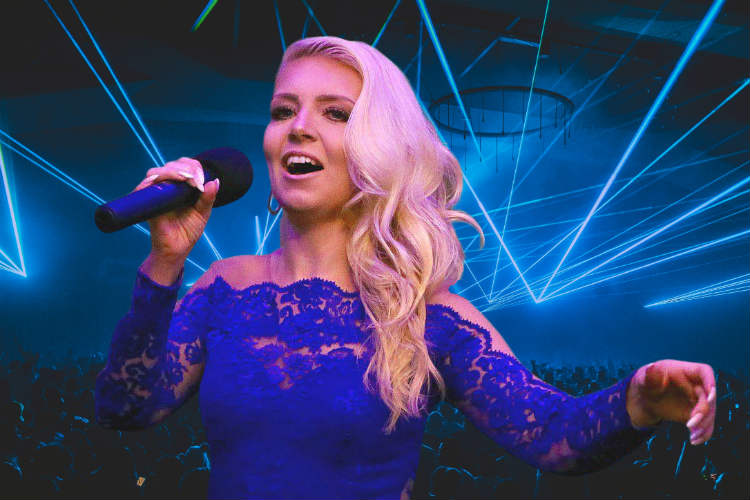 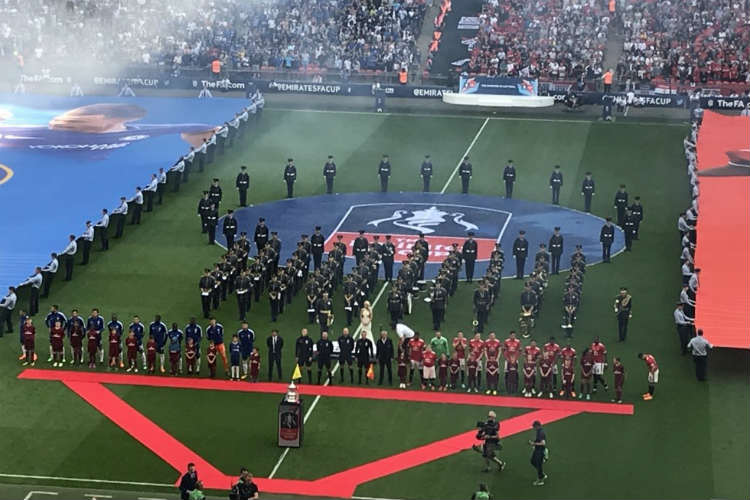 “My personal thanks for your contribution to such a fantastic night. You are easily the best guest soloist ever!”
– Northampton Male Voice Choir

“As my grandad would have said, she fair belted that one out”
-BBC Sport

“The highlight for me this year was undoubtedly the duet from The Merry Widow sung by Trystan and Emily, which brought the house down”
-Don James, Musical Director

“Emily – you were, as always spellbinding”
-Rotary International

Musical theatre
I Could Have Danced All Night (My Fair Lady)
With One Look (Sunset Bolulevard)
Broadway Baby (Follies)
I Dreamed A Dream (Les Miserables)
You Don’t Know This Man (Parade)
Wishing You Were Somehow Here Again (Phantom of the Opera)
Love Never Dies (sequel to Phantom)
Unexpected Song (Song and Dance)
Some People (Gypsy)
With You (Ghost)
Popular (Wicked)
In His Eyes (Jekyll and Hyde)
Over The Rainbow (Wizard of Oz)
Don’t Cry For Me Argentina (Evita)
Loose Ends (Witches of Eastwick)
One Hand, One Heart (West Side Story)
Memory (Cats)
Trip to the Library (She Loves Me)
So In Love (Kiss Me Kate)
Think of Me (Phantom)
Home (Beauty and the Beast)
Somewhere (West Side Story)
What Good Would the Moon Be (Street Scene)
If I Loved You (Carousel)
You’ll Never Walk Alone (Carousel)
Never Enough (Greatest Showman)
Summertime (Porgy and Bess)
Girl in 14G
Orange Coloured Sky
Misty

Duets
Time To Say Goodbye
Barcarolle
For Good (Wicked)
Flower Duet (Lakme)
Sun and Moon (Miss Saigon)
Last Night of the World (Miss Saigon)
I Know Him So Well (Chess)
Barcelona
The Prayer
La Ci Darem Le Mano (Mozart)
Love Unspoken (Lehrer)
Downtown
Orange Coloured Sky
A Nightingale Sang In Berkeley Square
Phantom of the Opera:
– Think of Me o All I Ask of You
– Phantom of the Opera
– Music of the Night Easy Listening
James Bond :
– For Your Eyes Only
– Live and Let Die o From Russia with Love
– Goldfinger o Nobody Does It Better