Angie Brown is available to book for your special event – we work in direct association with Angie Brown’s representative as a booking agent for her. Angie is a true performer, she has the ability to adapt and change the sound of her voice to fit most styles of music. Her years of training both as an actress and session singer coupled with pure dedication means her sound goes from being a very cute nasal one to seductive sixties sound that is great to hear on pop songs. The sound that Angie is most known for though is the all-powerful dynamite house, soul and gospel diva one which can also translate down to a beautiful refreshing almost childlike airy voice but with a touch of smokiness that works on ballads and jazzier tracks.

Every artiste needs a big break and Angie’s came in the early nineties when she was freelancing for an agency in an attempt to become known. Then came Bizarre Inc. who were looking for a big voice to perform their next track following the success of “Playing with knives”. One audition and three months later the “I’m Gonna Get You” was mixed and the pre-sales were 45,000, it went straight into the UK National charts at #17 and finally rested at #2.

With the success of this track Angie was able to launch a full time career as a vocalist and now appears sometimes as a featured artiste or more recently on all new projects actually co-writes tracks with the DJ or producer as well as performs them. Examples of her work in more recent times can be heard on various labels including Hed Kandi, Milk & Sugar and Mark Knight’s Toolroom Records.

The voice of Angie Brown can be heard all around the globe performing as a live PA singing all her classics from the 90’s through to the present day. She has performed some of the most prestigious parties for some of the world’s most rich and famous including the King of Morocco’s Birthday party and Kate Driver’s wedding (sister of Minnie Driver).

As a live PA Angie has played clubs that vary from Space (Ibiza), Heaven ( London & Gran Canaria) to venues in New York, Golden Gate, San Francisco, Dubai , India and Europe, she has been the headline guest for the UK’s biggest Mardi Gras parties both in Manchester and London for the past ten years.

Some of the biggest parties though have to be the big arena ones when touring as part of the ultra-successful 80’s band Heaven 17 and as part of the “Here and Now” tour where she played Wembley Arena, Birmingham NEC and Sheffield Arena in fact Angie even sang at Derby County Football Club during half time as a special guest.

Besides performing live Angie has also appeared as a TV personality on many of the top prime time shows across all networks including several children’s programmes along with Good Morning, GMTV, The Lottery, Big Breakfast, Dance Energy, Top of the Pops, Never mind the Buzzcocks, Pyjama Party, Viva La Diva and even stood in as the celebrity weather girl on TFM.

Angie’ s portfolio in the studio reads like the who’s who of the music industry with some of the finest artiste’s in the world calling on her vocal ability. Names such as Beverley Knight, Chaka Khan, Fat Boy Slim, Lisa Stansfield, Courtney Pine, Mark Morrison, Rolling Stones, Grace Jones, Kate Bush, Culture Club, Kate Bush, Jocelyn Brown, Sybil, Desmond Decker, Shola Ama and the Stereophonics have all been synonymous with Angie over the years and these are just the ones she could remember.

“It is amazing to have the opportunities that keep presenting themselves to me but the best thing about what I do are the laughs that come with it. For example, there is the time I had to jump out of a cake and nearly caught my hair on fire, or the time I performed in a boxing ring to about 2000 men and I fell out of the ring after my show trying to get over the ropes, definitely not for short girls. Some of the funniest moments are those that keep re-occurring like the countless times I have been on stage and held a note that broke the equipment bringing the venue into darkness, or the amount of times I arrive at venues and can’t get up to the stage as its too high. Sometimes there’s more truth to the saying break a leg than you’d actually think, however I wouldn’t have it any other way”.

Contraband is the UK’s top booking agent, with friendly, knowledgeable account managers who guarantee you the best deal possible. Contact us today if you would like to book Angie Brown to be the headline of your event! We as your booking agent are more than happy to help you create the most memorable moments with Angie Brown. 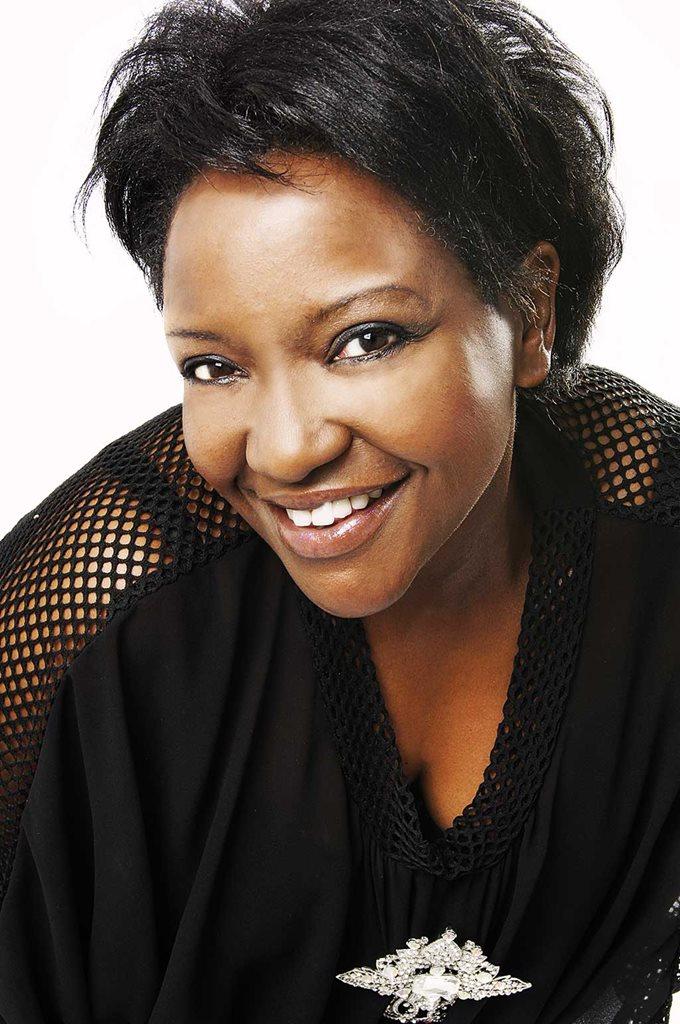 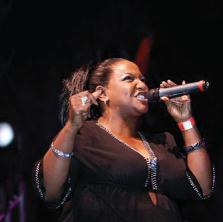 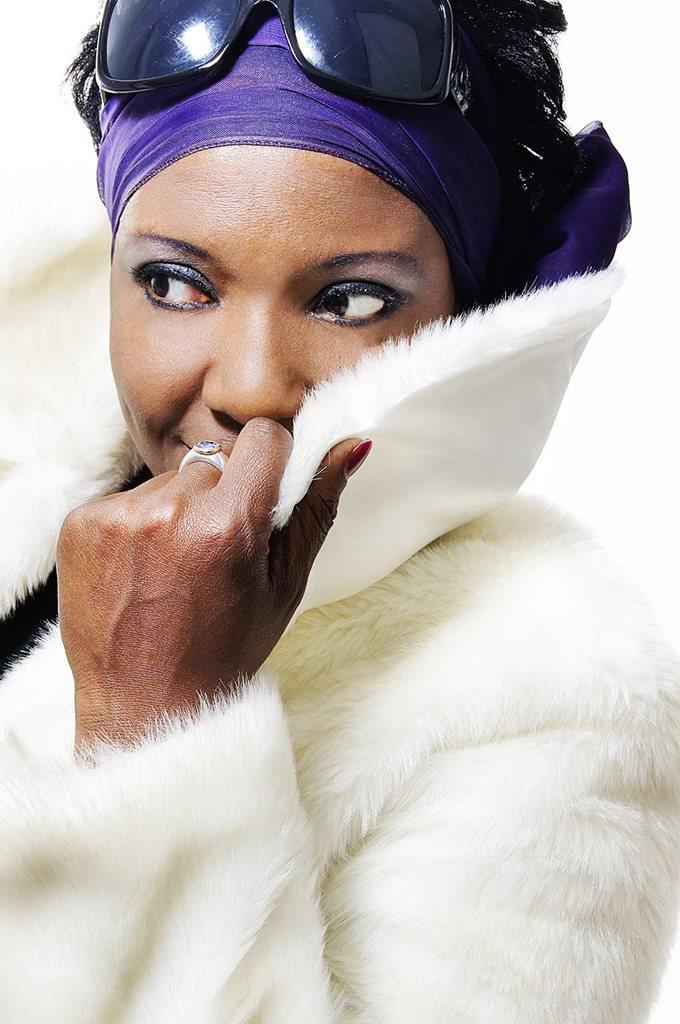 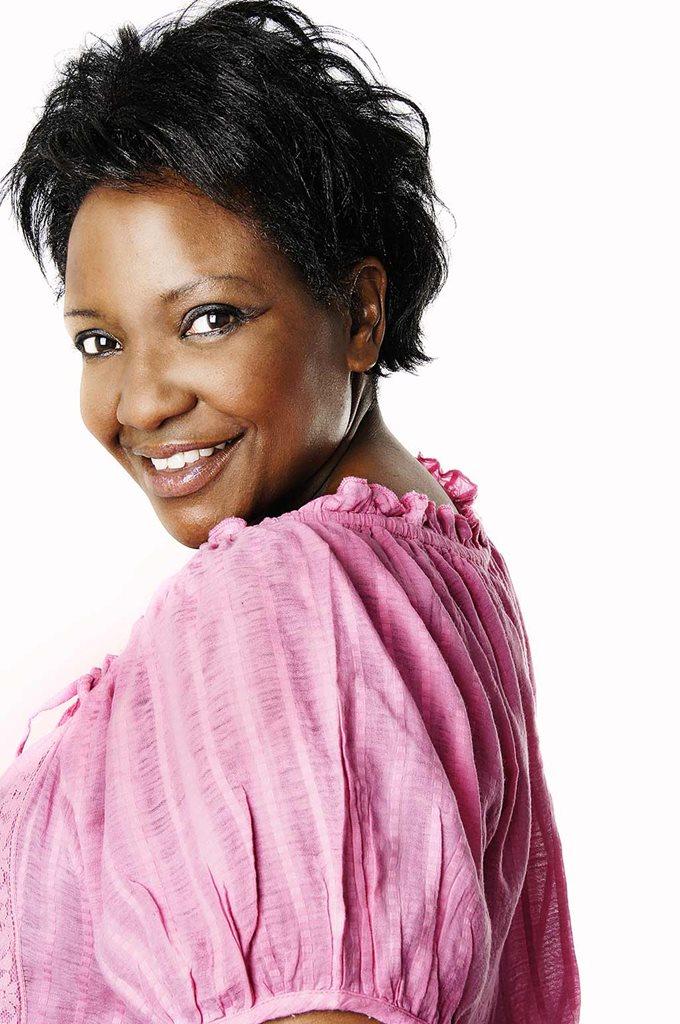 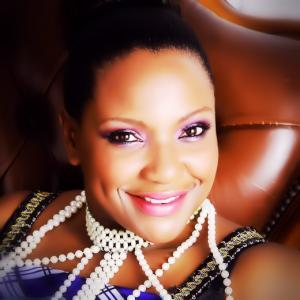 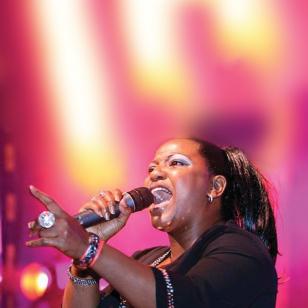