Mike is a virtuoso acoustic guitarist and Ivor-nominated composer, performing in the styles of classical, Spanish, jazz and modern pop. For over ten years Mike has provided beautiful music at corporate events, dinners, weddings and 5-star hotels to great reviews. From intimate settings to livelier party atmospheres, Mike can judge the mood perfectly to fit any occasion, drawing from his vast repertoire. Any special music requests and custom demo recordings are available on request to potential clients.

Mike started playing the guitar at the age of six, and by the age of twelve was a finalist at the regional BBC Young Musician of The Year contest. From this classical background Mike went on to gain a degree in Popular Music and Recording, resulting in the huge variety of music styles performed. As a session guitarist Mike has played for live shows ‘Grease’ and ‘Best Little Whorehouse in Texas’, and recorded for major label artists, recently Alex Maxwell on the Disney label.

Past clients and audiences include the 2017 London Marathon Committee, London Zoo, County Hall (London Eye), Premier League football stars, famous actors and celebrities (Michael Portillo, Clive Anderson, Edward Woodward, Tony Robinson and others). Mike’s recorded guitar music is also widely used on TV channels such as BBC, ITV, Channel 4 and worldwide, appearing on commercials programmes such as Top Gear, A Place In The Sun, Coast vs Country and Not On The High Street.

★ George’s music has been featured on BBC, ITV & Channel 4. 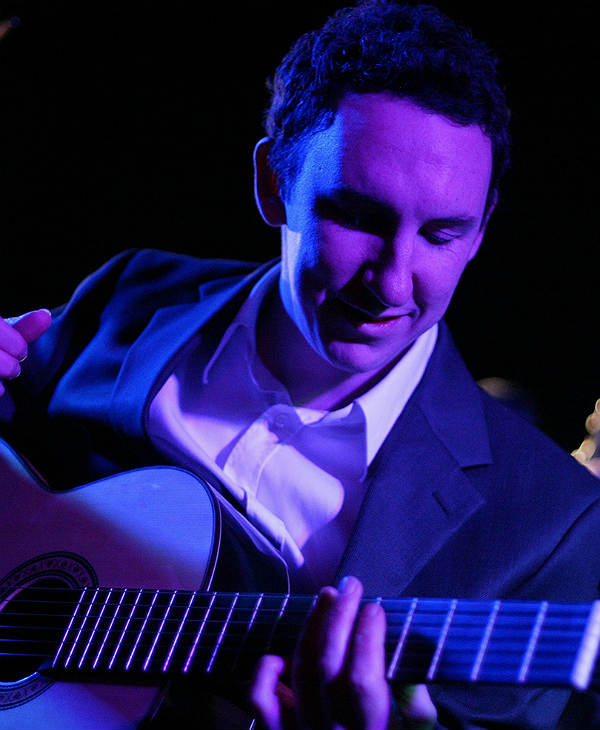 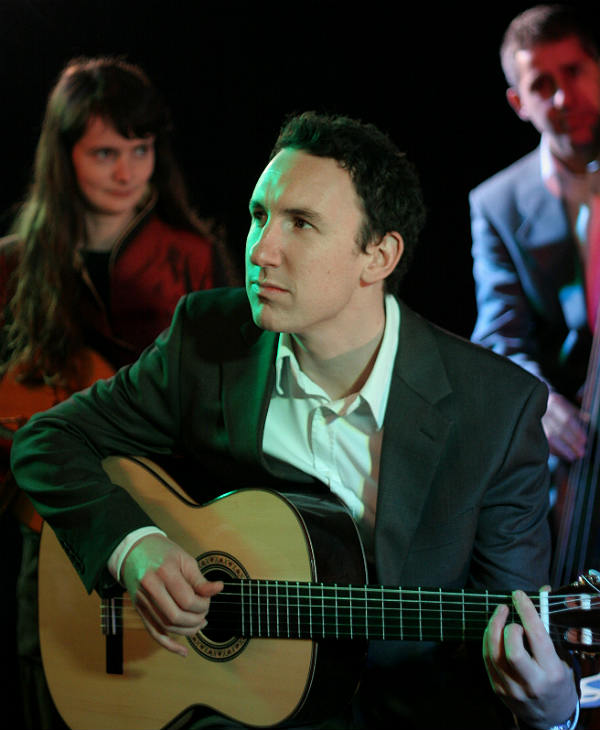 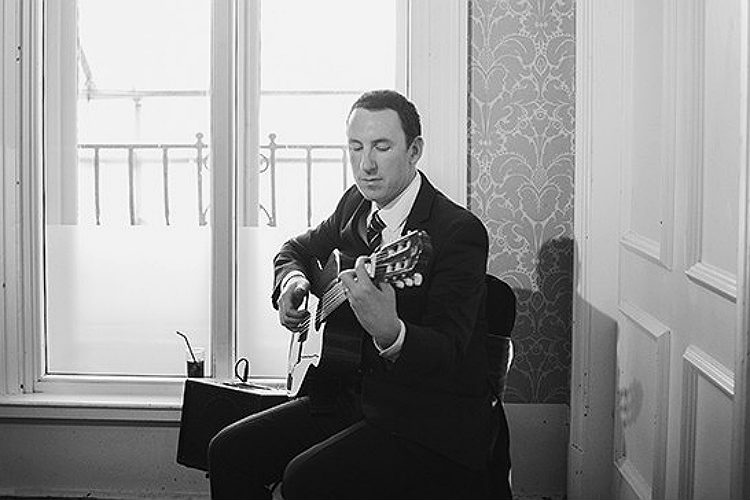 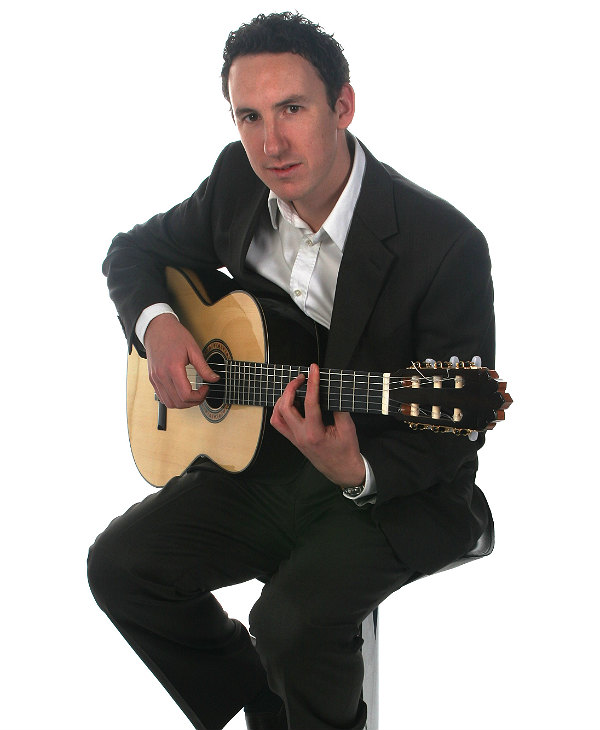 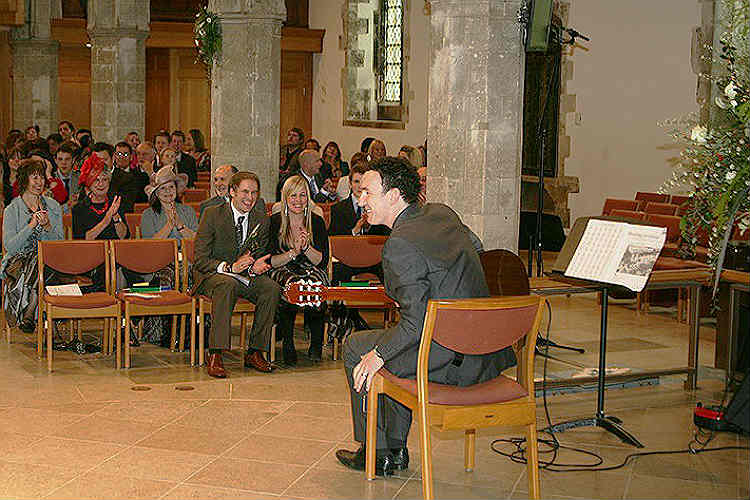 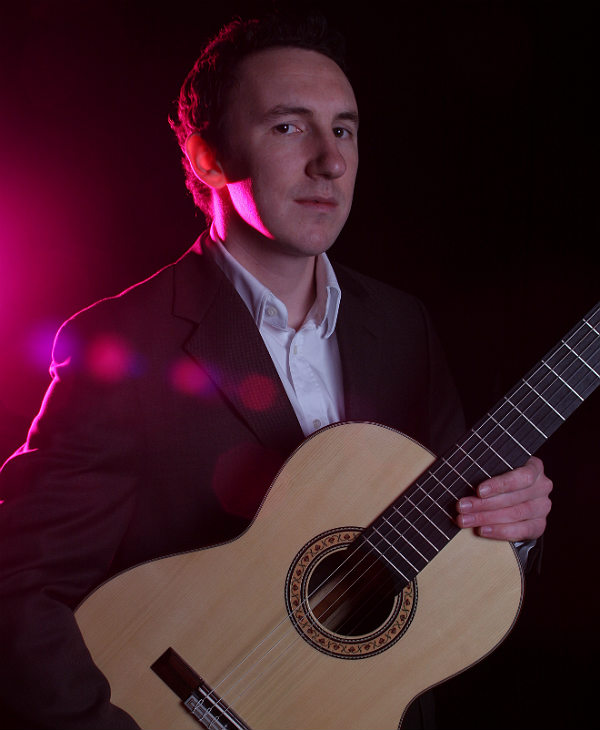 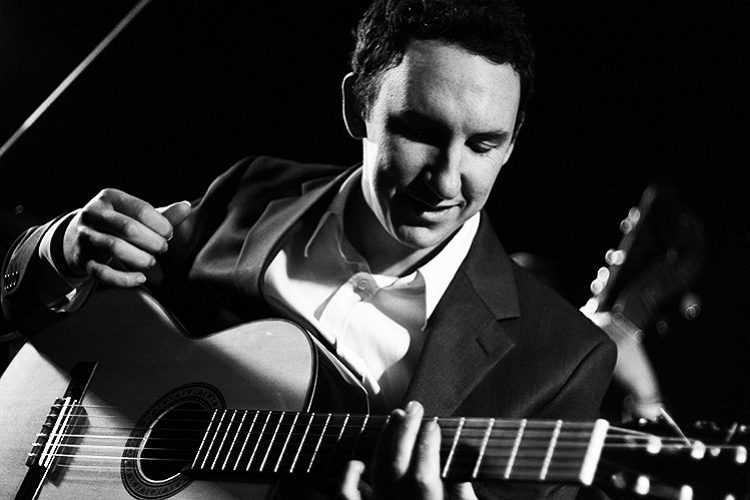 “Mike played a selection of classical and contemporary music that fitted perfectly for our Women’s Breakfast. A great uplifting performance and I most definitely would book him again.”
– Event at the National Portrait Gallery

“My dad walked me down the aisle to Canon in D, which was played by our guitarist Mike, who I have to say was fantastic and really created the perfect romantic atmosphere…”
– Wedding Ideas Magazine

“Mike was smartly dressed, very friendly and his music went down well with our clients. He fulfilled our brief perfectly and we wouldn’t hesitate to book him again.”
– Investec, International Test Cricket Sponsors

Pop / Rock / Dance – 2000 to Present
7 Nation Army
A Thousand Years
A-Team
All Of Me
All The Small Things
Amazing
Angel
Beautiful Day
Beneath Your Beautiful
Better Together
Budapest
Call Me Maybe
Canonball
Chasing Cars
Chasing Pavements
Clocks
Clown
Counting Stars
Dream Catch Me
Every Time We Touch
Everything Has Changed
Fix You
Follow You Follow Me
Free Falling
Get Lucky
Gravity
Happy
Hear You Me
Heartbeats
Hero
Hey Brother
Hey Ya
How To Save A Life
I Will Wait
I’m A Mess
I’m Yours
If I Ain’t Got You
Into My Arms
Iris
Just The Way You Are
La Vie En Rose
Locked Out Of Heaven
Make It Mine
Make You Feel My Love
Marry Me
Mr Brightside
New York State Of Mind
Photograph
Pompeii
Rolling In The Deep
Say What You Need To Say
See You Again
She Will Be Loved
Skinny Love
Somebody That I Used To Know
Someone Like You
Somewhere Only We Know
Stay With Me
Take Me To Church
Teenage Dream
The Climb
The Scientist
Thinking Out Loud
Time To Say Goodbye
Umbrella
Valerie
Viva La Vida
Wake Me Up
Warwick Avenue
We Are Young
When I was Your Man
Where Is The Love
Yellow
You Are The Best Thing
You’re Beautiful
Film & Show Music
Because You Loved Me
A Tale Of Two Sisters
Any Dream Will Do
Back To The Future – Theme
Cavatina (from Deer Hunter)
Don’t Cry For Me Argentina
For The First Time In Forever
Friend Like Me (from Aladdin)
Ghostbusters – Theme
Godfather – Theme
Good, The Bad & The Ugly – Theme
Indianna Jones – Theme
Jurassic Park – Theme
Let It Go
Love Changes Everything
Nobody Does It Better
Once Upon A Dream
Terminator – Theme
Titanic – Theme
True Romance – Theme
Up – Theme
Vincent
Christmas Repertoire
A Winter’s Tale Lonely This Christmas
All I Want For Christmas Is You
Auld Langs Syne
Blue Christmas
Chestnuts Roasting On An Open Fire
Christmas (Baby Please Come Home)
Christmas Lights
Christmas Time – Don’t Let The Bells End
Christmas Wrapping
Cold December Night
Do They Know It’s Christmas?
Do You Hear What I Hear?
Driving Home For Christmas
Fairytale Of New York
Frosty The Snowman
Happy Christmas (War Is Over)
Have Yourself A Merry Little Christmas
I Believe In Father Christmas
I Saw Mommy Kissing Santa Claus
I Wish It Could Be Christmas Everyday
I’m Gonna Be Warm This Winter
It’s Beginning to Look a Lot Like Christmas
It’s The Most Wonderful Time Of The Year
Last Christmas
Let It Snow! Let It Snow! Let It Snow!
Mary’s Boy Child
Merry Christmas Everyone
Mistletoe And Wine
Please Come Home For Christmas
Rockin Around The Christmas Tree
Rudolph The Red Nosed Reindeer
Santa Baby
Santa Claus Is Coming To Town
Silent Night
Sleigh Ride
Step Into Christmas
Stop The Calvary
Thank God It’s Christmas
We Wish You A Merry Christmas
When A Child Is Born
White Christmas
Winter Wonderland
Wonderful Christmas Time

Pop / Rock – to 1999
Ain’t No Sunshine When She’s Gone
All You Need Is Love
Always On My Mind
And I Love Her
Angels
At Last
Be With You
Best Of My Love
Billy Jean
Blackbird
Bridge Over Troubled Water
Bring Me Sunshine
Brown Eyed Girl
Can You Feel The Love Tonight
Careless Whisper
Champagne Supernova
Classical Gas
Daniel
Danny Boy
Dock Of The Bay
Don’t Know Why
Don’t Look Back In Anger
Endless Love
Eternal Flame
Everlong
Every Breath You Take
Everything I Do
Everywhere
Fast Car
Feelings
Feels Like Home
Fields Of Gold
First Day Of My Life
Fly Me To The Moon
For Once In My Life
From This Moment
Girl
Go Your Own Way
God Only Knows
Hallelujah
Happy Together
Have I Told You Lately
He Ain’t Heavy, He’s My Brother
Help
Here Comes The Sun
Here There And Everywhere
Hey Jude
High And Dry
Higher And Higher
Hotel California
House Of The Rising Sun
How Deep Is Your Love
I Can See Clearly Now
I Don’t Want To Miss A Thing
I Heard It Through The Grape Vine
I Saw Her Standing There
I Say A Little Prayer
I Want to Know What Love Is
I’m Not In Love
If I Fell
In My Life
In The Air Tonight
Is This Love
Isn’t She Lovely
It Had To Be You
It Must Be Love
It Must Have Been Love
Jonny B Goode
Just The Two Of Us
Just The Way You Look Tonight
Karma Police
Killing Me Softly
Kiss From A Rose
Kiss Me
La Bamba
Lately
Layla
Lean On Me
Lets Stay Together
Life On Mars
Love Me Tender
Loving You
Money For Nothing
Moondance
More Than A Feeling
More Than Words
Mr Sandman
Mrs Robinson
My Cherie Amour
My Heart Will Go On
Never Tear Us Apart
No Woman No Cry
Nothing Compares To You
Nothing’s Gonna Change My Love For You
Once Upon A Time
One Love
Power Of Love
Purple Rain
Raindrops Keep Falling On My Head
Romeo And juliet
Roxanne
Shake Senora
She
She’s Always A Woman To Me
She’s Electric
She’s The One
Signed, Sealed, Delivered
Sit Down
Slide Away
Someone To Watch Over Me
Something in The Way She Moves
Son Of A Preacher Man
Stairway To Heaven
Stuck On You
Sultans Of Swing
Summertime
Sunny Afternoon
Sunshine Of My Life
Sweet Caroline
Sweet Child O’ Mine
Sweet Home Alabama
Tears In Heaven
That’s Amore
The First Time Ever I Saw Your Face
The Promise
The Way You Look Tonight
There Is A Light That Never Goes Out
There She Goes
Three Times A Lady
Til There Was You
Time After Time
True Colours
Unchained Melody
Under The bridge
What The World Needs Now
When A Man Loves A Woman
When I Fall In Love
When You Say Nothing At All
Whiter shade of pale
Wild Horses
Wish You Were Here
Woman
Wonderful Tonight
Wonderful World
Wonderwall
Wouldn’t It Be Nice
Yesterday
You And Me Song
You Are Not Alone
You Do Something To Me
You Really Got Me
You To Me Are Everything
You’ll Never Walk Alone
You’re My Best Friend
You’ve Got A Friend In Me
You’re Still The One
Your Song