Dive into the Abyss, a fascinating world lost into the depth far beyond our reach. Completely overwhelming, it’s the biggest habitat on our planet, sheltering a dark but bright marine life. Abyss is an illuminated street parade and they are available to hire for corporate parties, balls, product launch parties, film premieres, anniversaries and weddings. Whatever the event may be, this illuminated street parade will leave your audience amazed with their dazzling costumes and foot-tapping music.

An impressive light street parade moves through the night, carried by the rhythms of the Taikos and by electro sounds. Accompanied by some Sea Devils on stilts, a jellyfish Milky Way, sparkling stars and a majestic seahorse gather together, proudly leading the Oceanis float. Comet-like fishes handled by bold puppeteers complete this patchwork.

This marine themed street parade flows like a moving wave through the streets. A light painting where the sky and the sea are coming upside down. This performance is fascinating.

The various marine themed characters and costumes include:
– The Seahorse : illuminated and inflated articulated machine, ridden by an actor, tows the float
– The Sea Devils : 2 illuminated acrobats on stilts
– The Lion Fishes : 2 puppeteers manipulating giant inflated and illuminated puppets
– The Flying fish : 1 puppeteer manipulating a huge illuminated helium-filled volume
– The Jellyfish Carriers : illuminated jellyfish of 80 cm diameter carried by some actors of the city, up to 10 persons (integration of a team from the city in the show – staging by our choreographer)

★ A fascinating world lost into the depth far beyond our reach 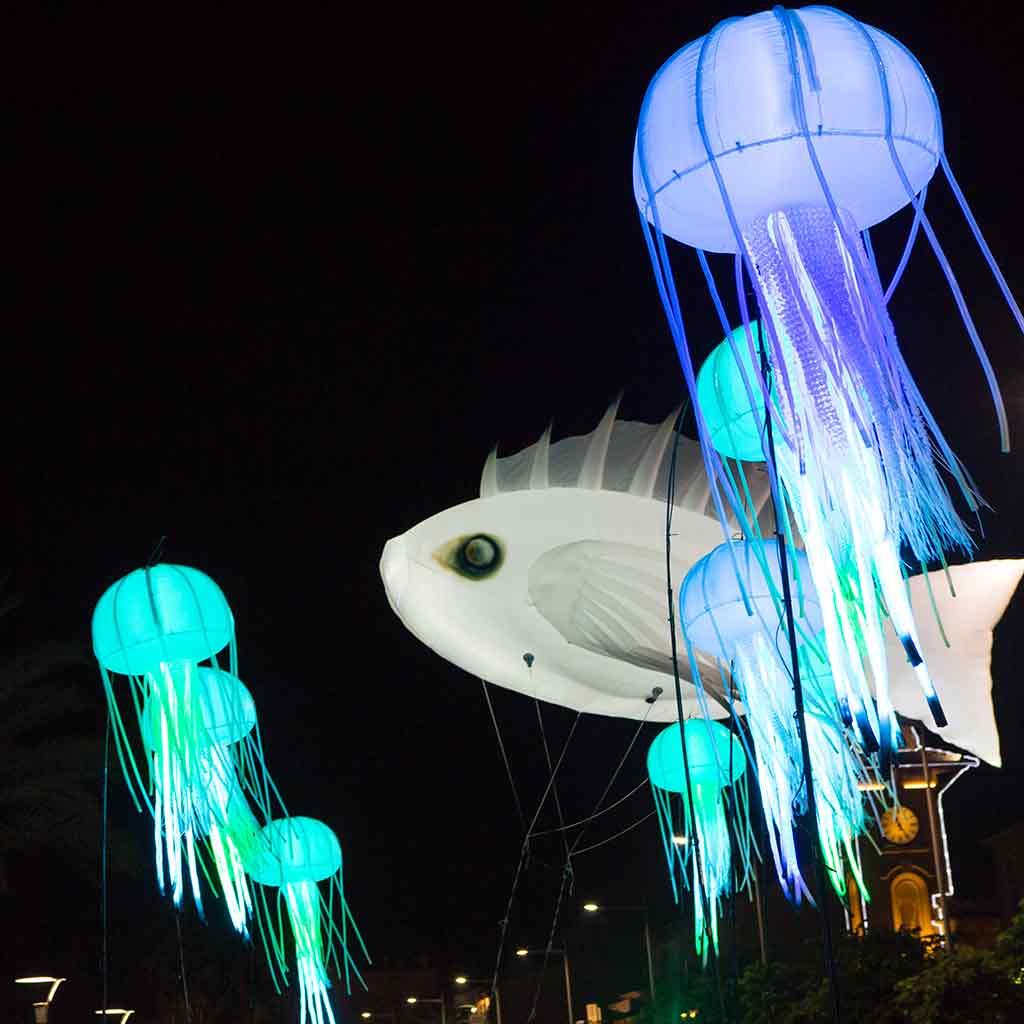 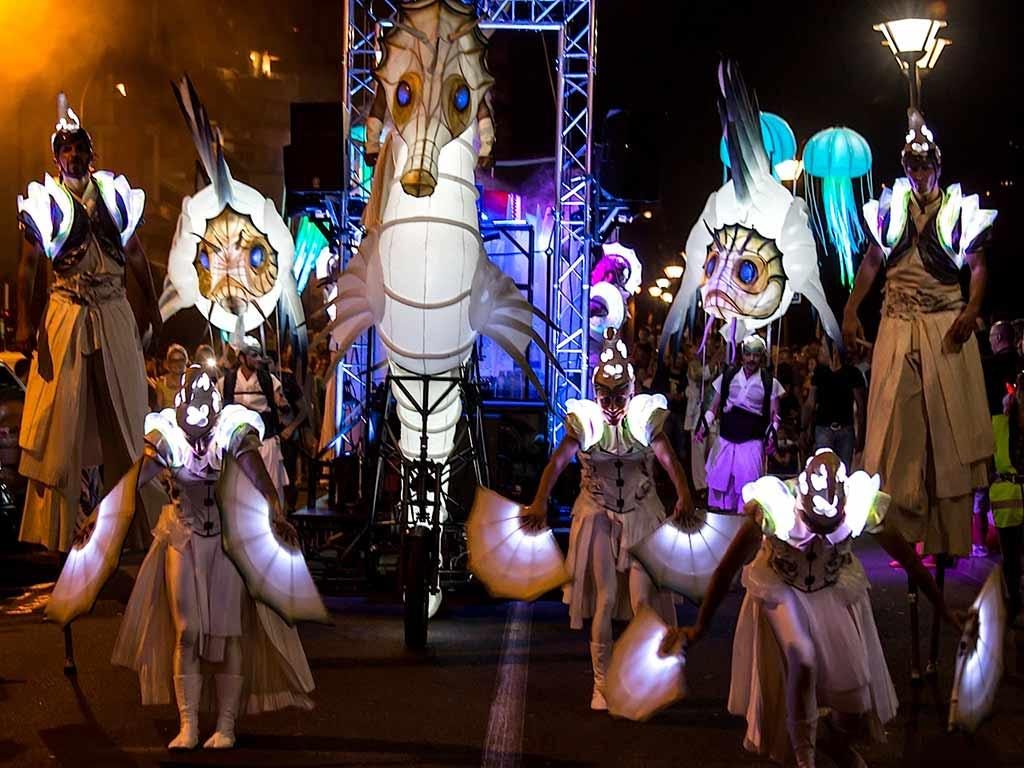 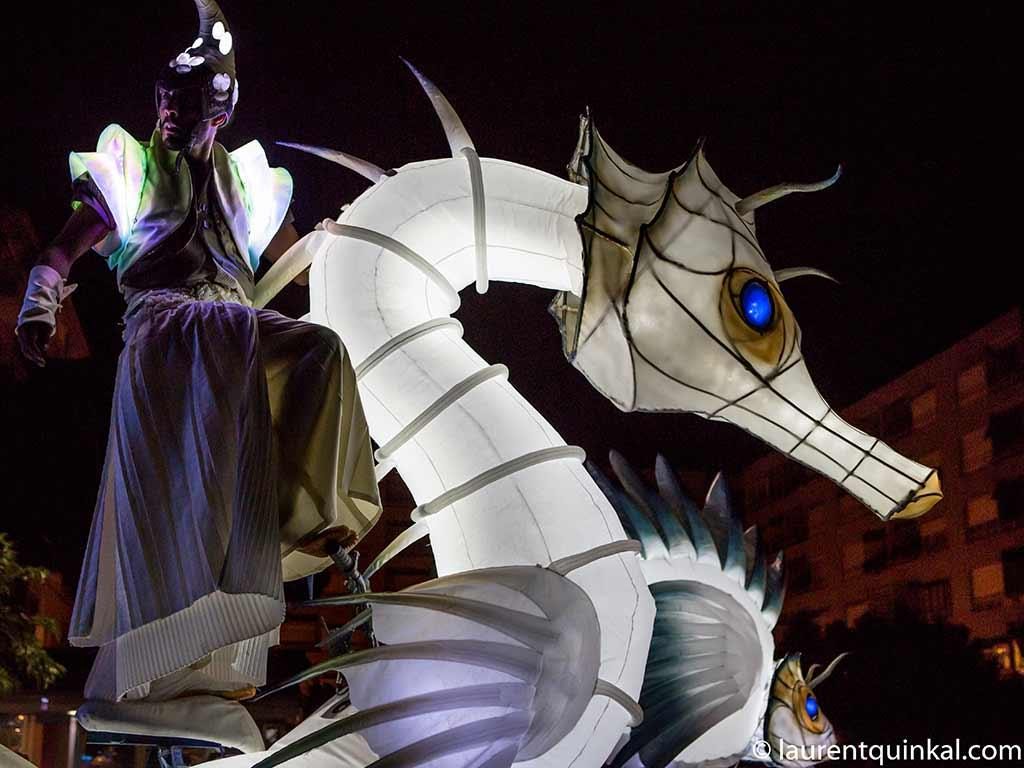 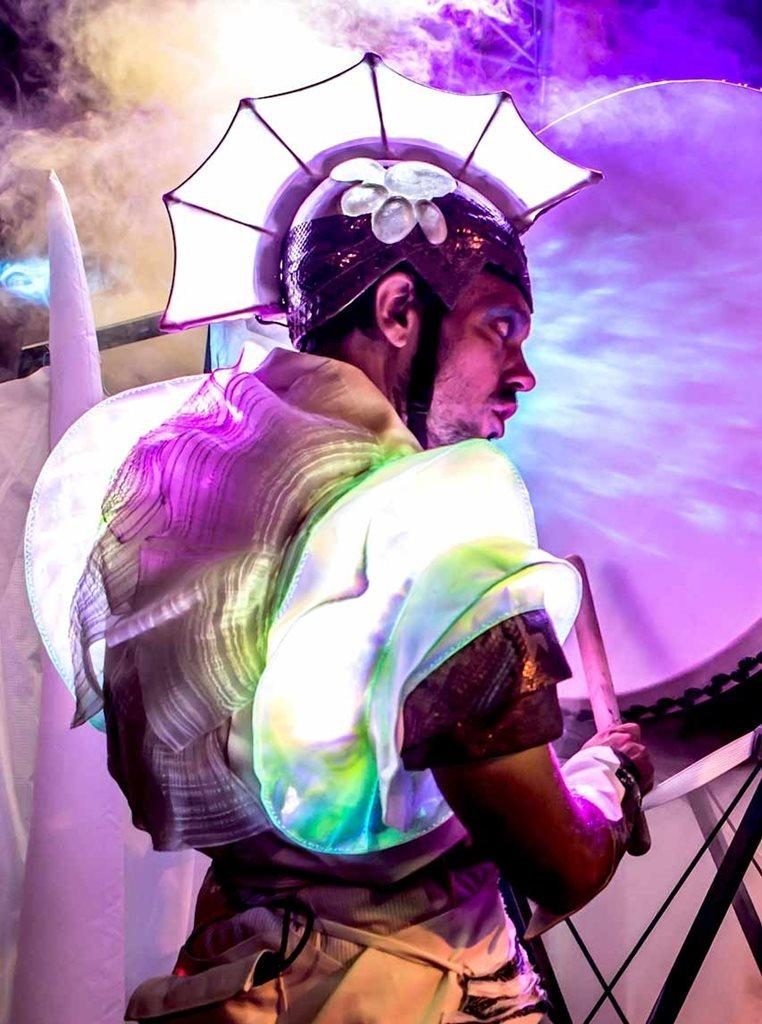 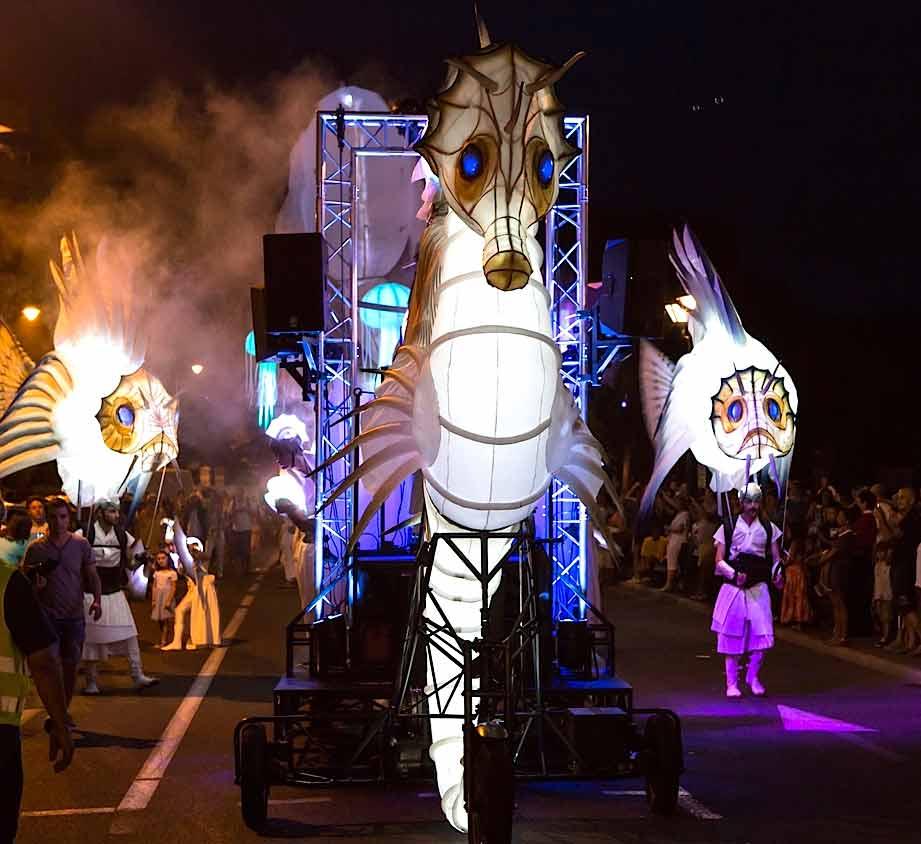 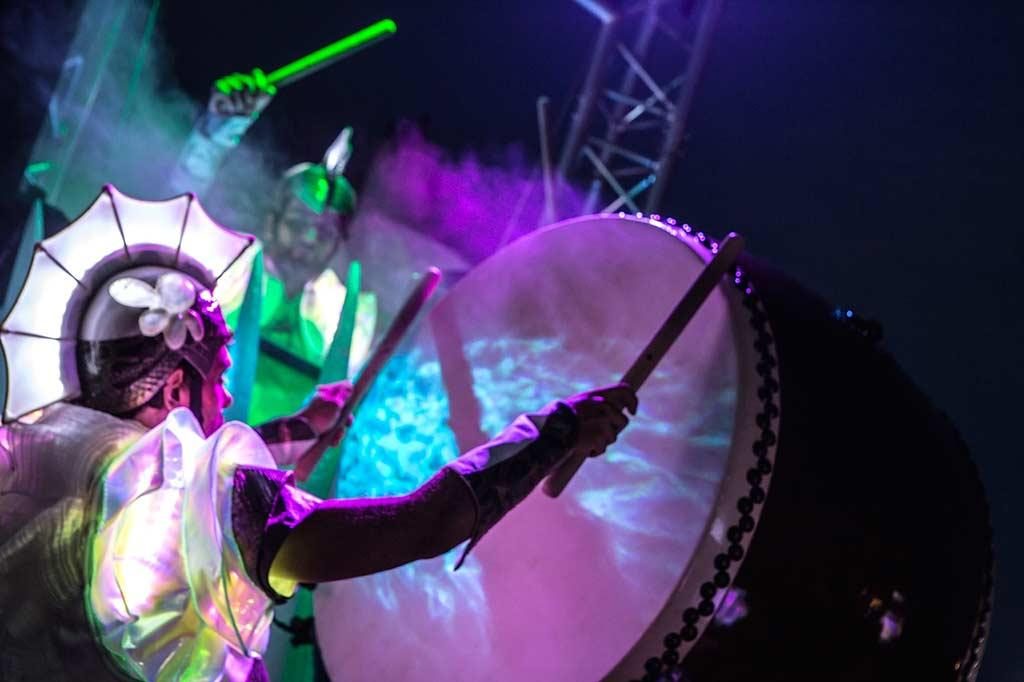 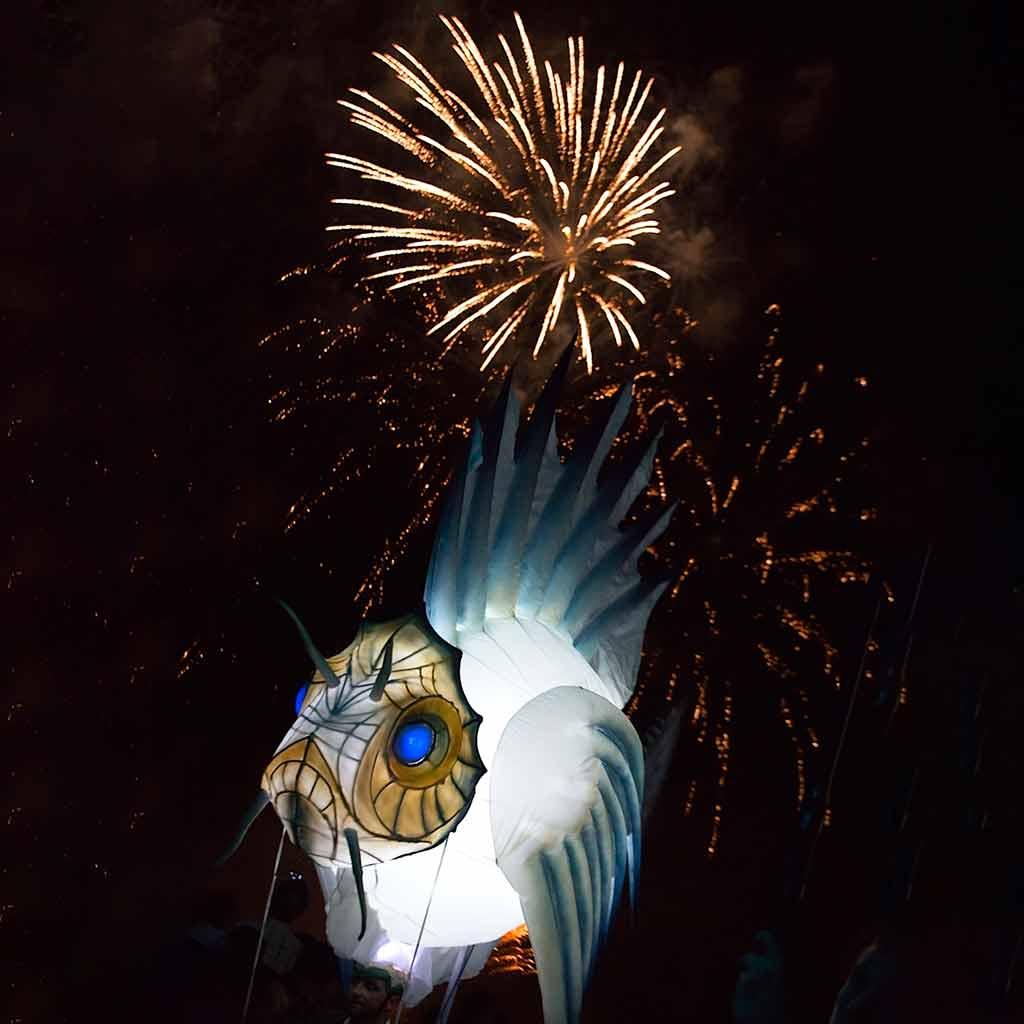 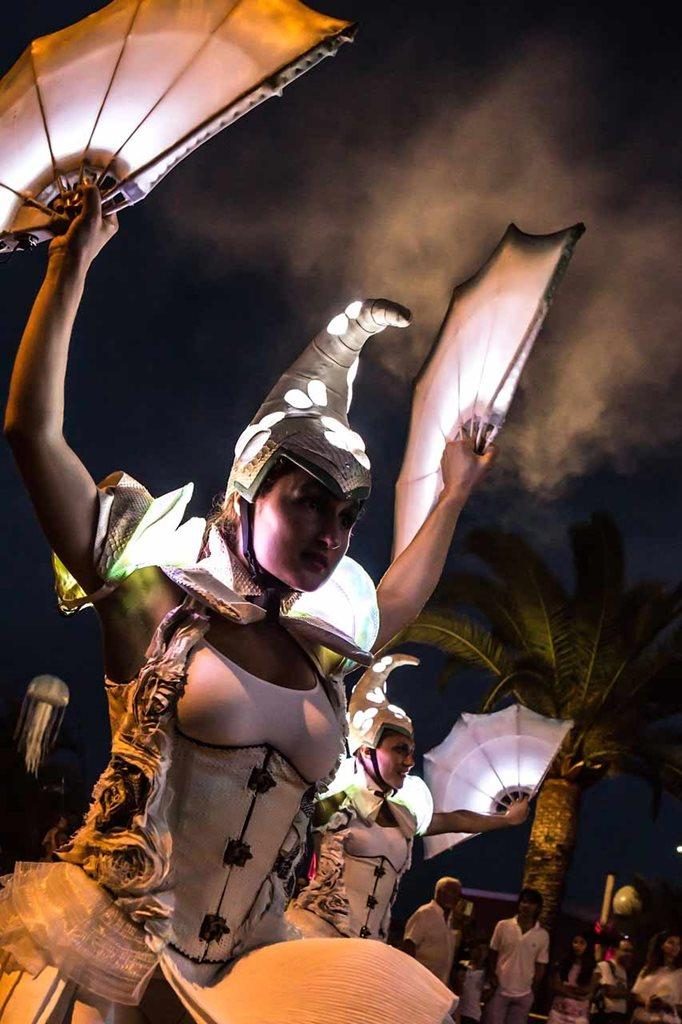 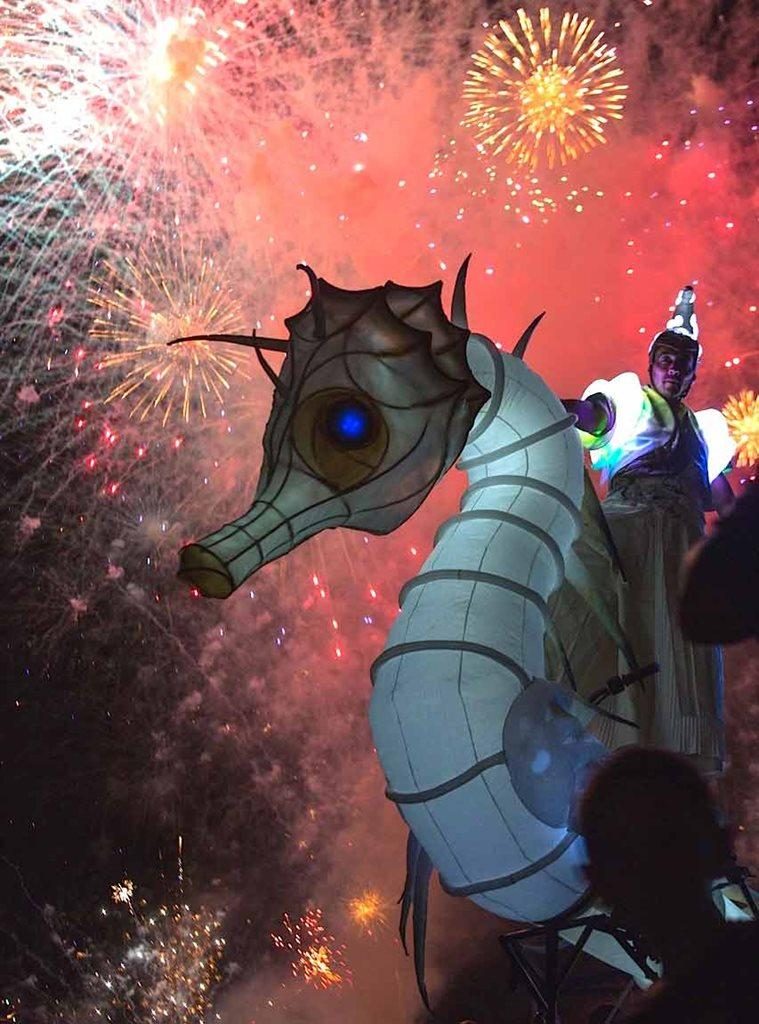 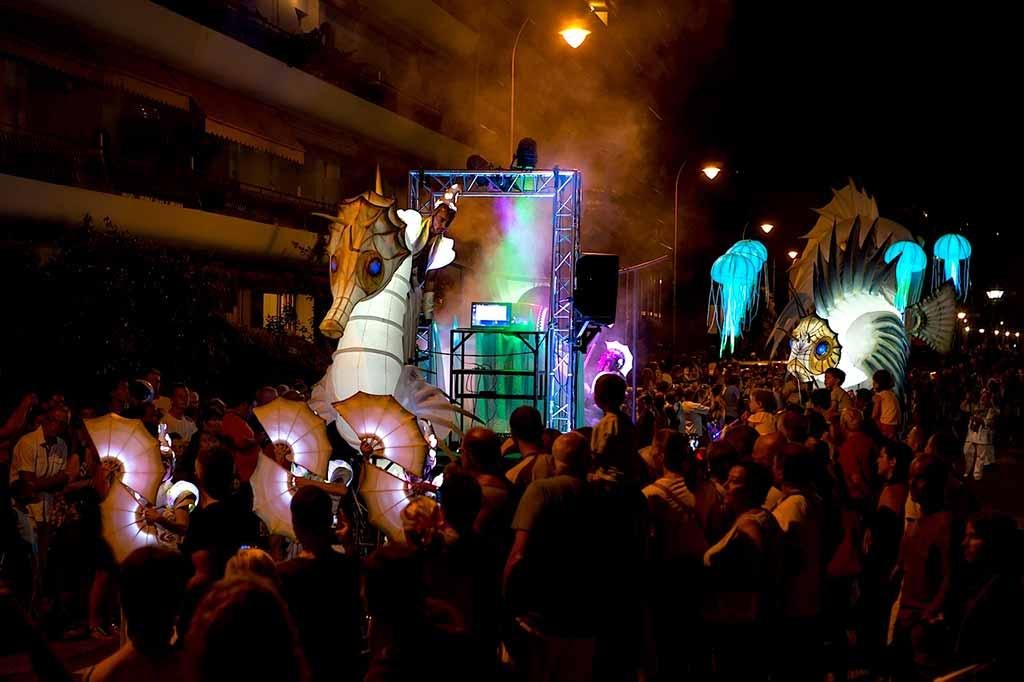 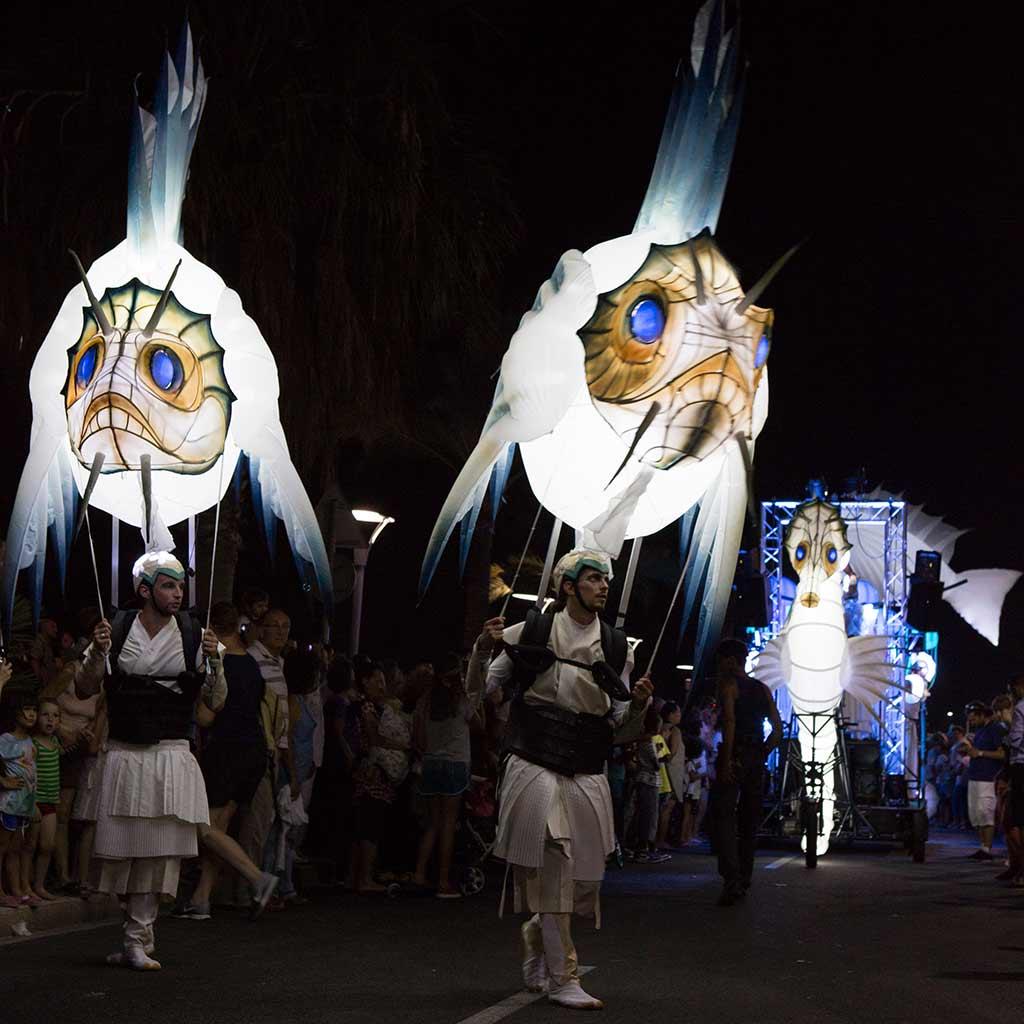 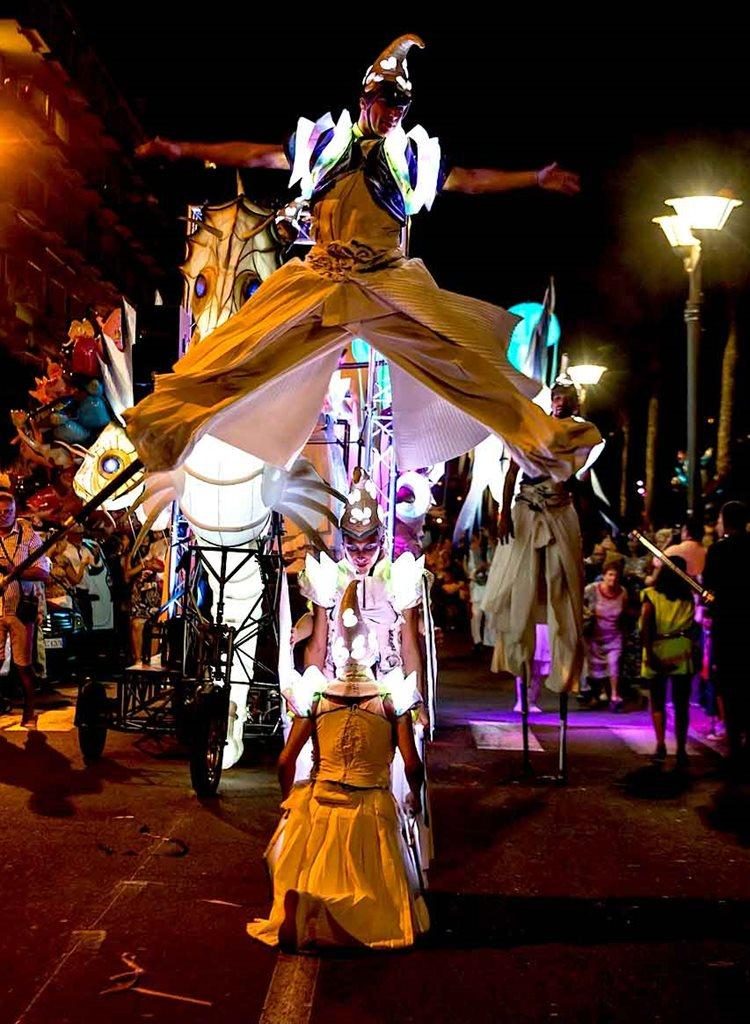 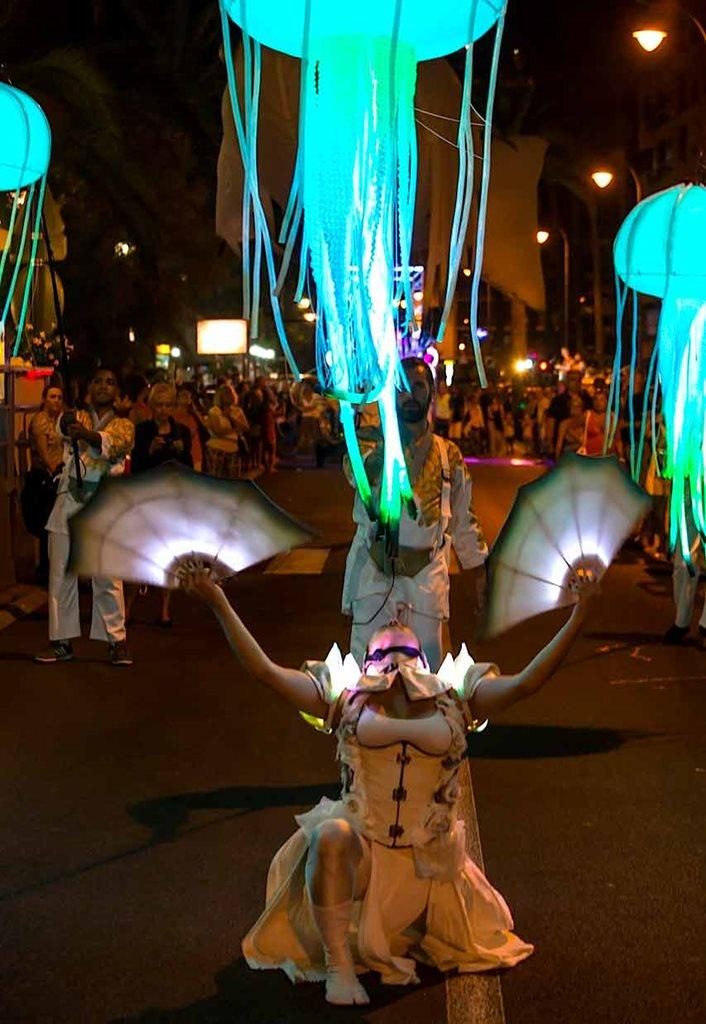 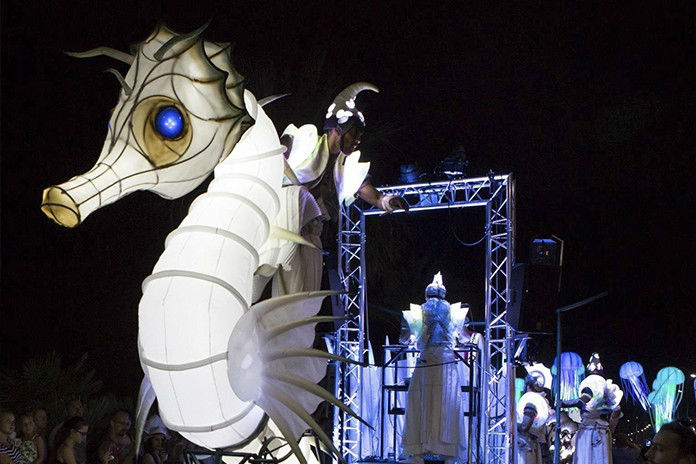