A Lounge Gig is a ‘totally unique comedy experience’ according to Time Out London. Tom sings perfectly crafted comedy songs with guitar in your lounge to as many people that can fit in, and creates an intimate, cosy atmosphere, making it a night never to be forgotten. Tom has performed his Musical Comedy show for corporate events, hen do’s, engagement parties, birthdays or just when someone wanted something different for their house party. The show is interactive, silly, yet sophisticated. As heard on BBC Radio 4’s ‘Loose Ends’! 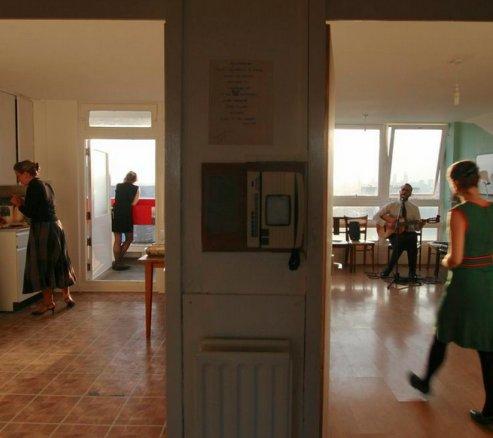 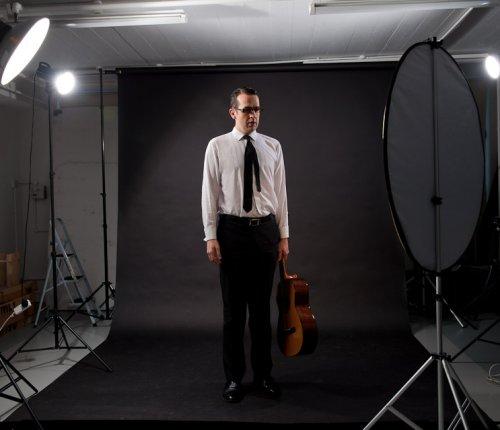 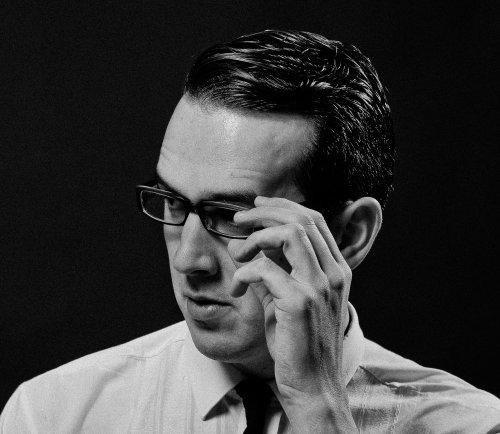 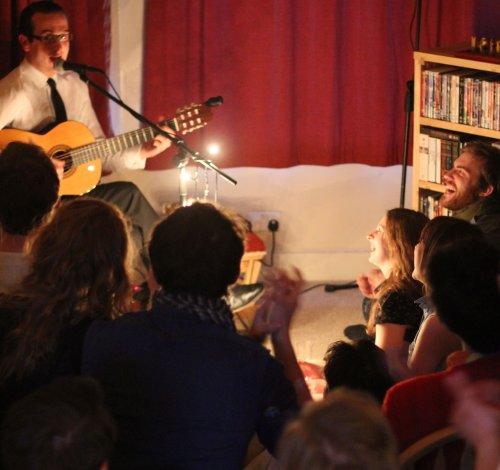 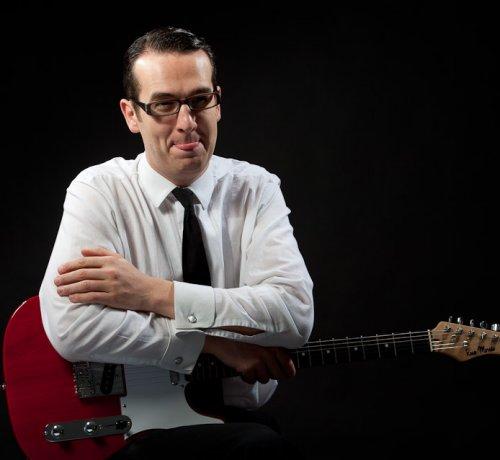 ‘‘He creates such a snug, inclusive atmosphere that by the end we’re all swaying and singing along to the choruses…it’s impossible not to be charmed by him”

“Possibly the love child of the late Jake Thackray and Earl Okin, Tom Adams is a quietly assured comic, whose material is constantly unexpected.”

“Thank you for the mp3 and for coming along on Saturday night. Everyone thought you were brilliant and a number of our guests have been having a look at some of your YouTube videos. You really made the night for us, so thank you.”

“I just wanted to drop you a note to say thank you for Saturday night. It really was fantastic. Everyone had a great time and all said how much they enjoyed the gig. It really was a fantastic evening. Thanks again.”

“Thank you so much for my lounge gig last night. My friend summed it up perfectly saying (something like) the following: “I dont like comedy shows because the thought of it makes me feel awkward. But I
was laughing – and surprised at that – so I started laughing at the fact I was laughing’ ’which is probably a weird thing to send you – but it made me really happy, as I go to so many shows and my friends dont really understand why. But to see a show as warm and friendly as yours, which is not what theyre used to from their Apollo themed impression of what the comedy circuit is, was so great as it gave them glimpse into the thing that makes me happiest.”
Thanks again!’

“Hello, I just wanted to say thank you so much for an absolutely brilliant evening on Friday. I loved the show, and I think everyone else did. Also thanks for indulging us with a Q&A afterwards!”