The beauty of this 1940s Themed Stunt Performers evening is that is encompasses the thrills of choreographed stunt fighting, with superb action (abseiling and blank gun firing) and high comedy with the German officer, who will tease his victims and the audience with his on the spot humour. It will also feature a beautiful woman in hand to hand combat – which is an unusual and amazing scene to watch. (The actor playing Von Klinkerhausen also speaks fluent German so there will be authenticity too!) The participants will all be authentically costumed in military uniforms.

At the start of the evening guests will be greeted by an Captain James Douglas (British), who will act as the host for the evening. We will also position two military police on the front door as a “security” measure, they will meet and greet the guests. Some of them will be frisked for weapons, this sets the scene for the whole evening. When the guests are settled, and at an agreed time, an air raid siren will sound, and the Sgt Major will shout that “German parachutists have been spotted“. The captain will appeal for calm and assure everyone that the Jerries wouldnt dare try an assault this far inland, but he orders a higher alert status and leaves the function room to personally attend to the disturbance.

Moments later a squad of German parachutists abseils dramatically into the room and immediately take control and inform HQ that the area is secure and that their Commandant Otto Von Klinkerhausen can now enter the field of operations. The officer enters amid much anticipation and immediately addresses his now captive audience. “For you ze war is over” type speech. As he is explaining the purposes of this short raid, our lone Sgt Major enters the room and engages the Germans in a brief firefight.

This is stopped only when Von Klinkerhausen threatens to shoot at the audience, he is brought forward and Von Klinkerhausen is not impressed with this “Tommy”. At this point a member of the audience shouts, “any tommys worth two bloody germans…“ slightly amused by this comment, Von Klinkerhausen says he will test this theory and orders two of his guards to dispose of the the Sgt Major, as they grab him, he immediately performs a back flip and gets behind them and engages them in a exciting two versus one stunt fight, which the Sgt Major wins, much to the delight of our audience and also to the irritation of Von Klinkerhausen. He then declares that although impressed with the Sgt Major’s ability, there is someone he should face, a faint theme tune is heard as Eva Praun an attractive shapely brunette and his personal bodyguard enters the room. At Von Klinkerhausen command she attacks the Sgt Major, and after an impressive stunt fight, dispatches him with a stunning set of moves, leaving him at her mercy.

Von Klinkerhausen announces that he will be taken back to Berlin for de-briefing and that also three members of the tesco management, whose names will be read out one at a time and brought forward and sat down ready for individual interrogation by Von Klinkerhausen (this will take the form of a light hearted humorous interview, interwoven with funny anecdotes about the person passed onto us prior to the event) at the end of the three interrogations they are told that they too will be taken to Berlin to work the rest of their days in a sausage factory. As they are about to be marched off, Captain Douglas and his paratroopers burst into the room and engage the germans in a firefight resulting in all but Von Klinkerhausen and Eva vanquished. She abandons her leader who trys to escape but is shot/caught, whilst Eva trys her feminine charms on our Captain Douglas who responds in an embrace that results with her being cleverly handcuffed and led away. Captain Douglas apologies for the disturbance and announces that the evening will continue etc…

★ Participants will all be authentically costumed in military uniform

★ Will make your evening go with a bang 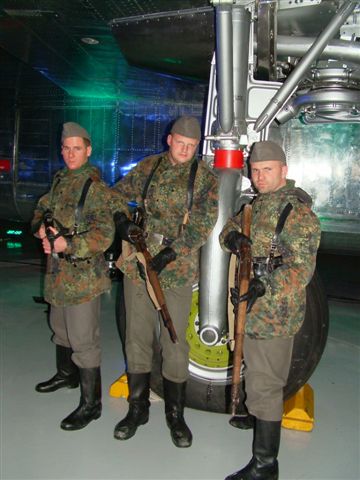 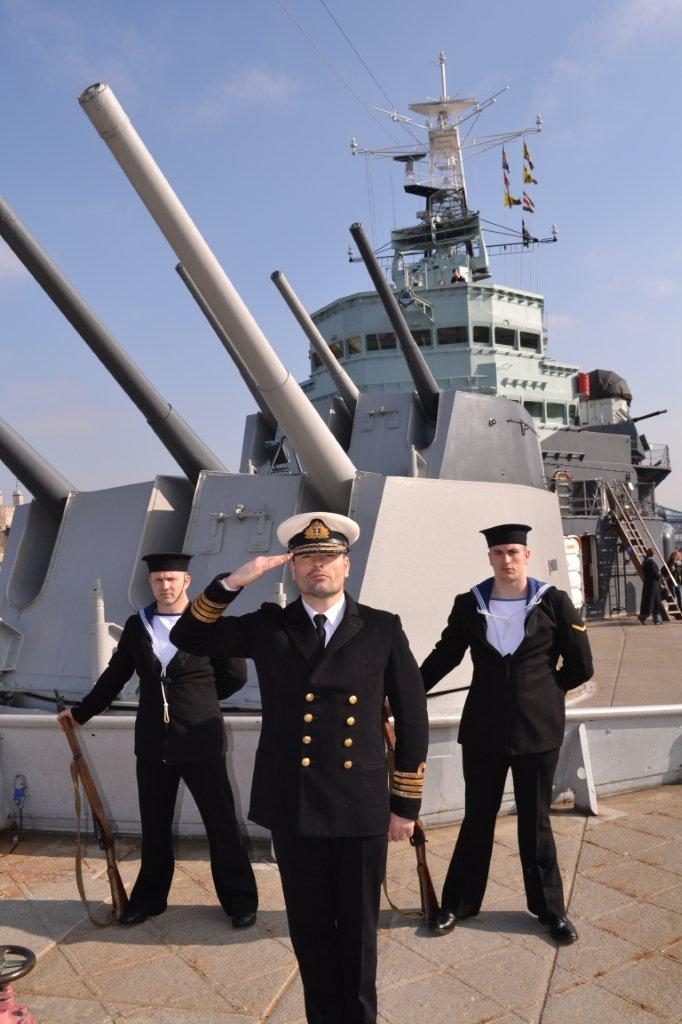 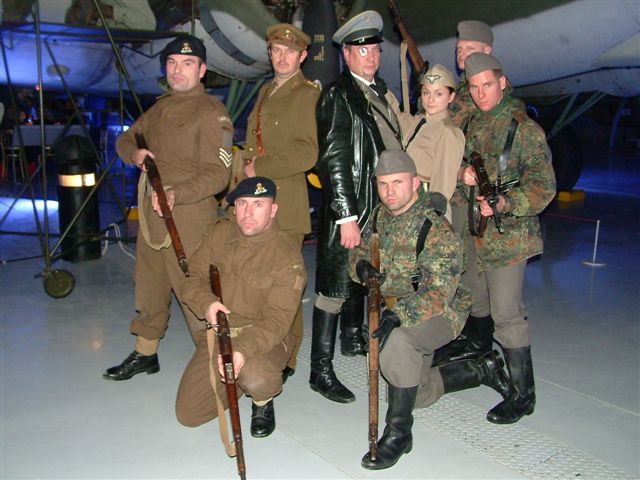 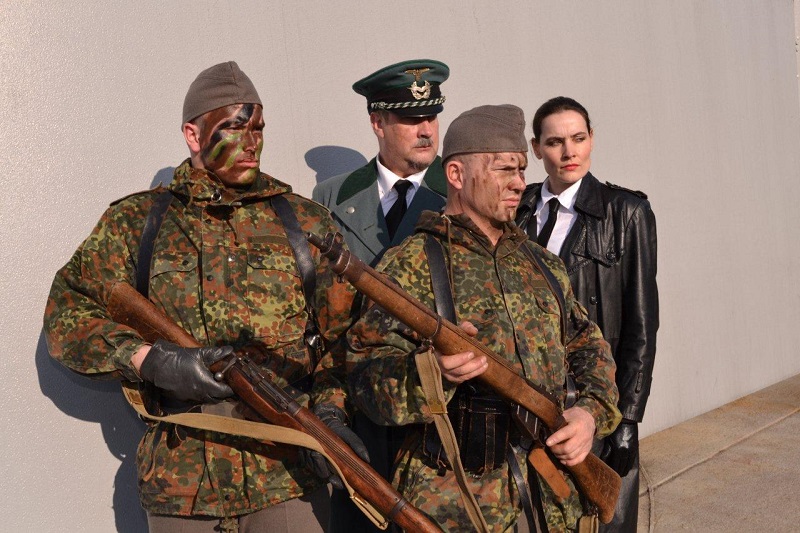