We are a booking agent for Russell Howard, and can arrange for Russell Howard to perform for your guests. Booking Russell Howard will have your guests in stitches of laughter at your next corporate event or private party! Russell Howard is one of the UK ’s most successful comedians. His 2011 sell-out arena tour Right Here, Right Now played to more than 300,000 fans including three sold out dates at the 15,000 seater O2 Arena. He returned to the stage in 2014 with his arena tour, including four shows at the Royal Albert Hall and a string of international dates.

Russell Howard is the writer and star of BBC Three’s most successful entertainment show Russell Howard’s Good News. The success of the show saw Series 6 move to the new prime-time slot of 9pm. Good News is regularly the number one show on iPlayer across all BBC channels. The 9th series began at the end of 2014, after a transfer to BBC Two.

The Wonderbox DVD was released in Autumn 2014. In 2017, Russell Howard took his ‘Round the World’ show on tour internationally.

Contact us today if you would like to book Russell Howard to be the headline of your event! We as your booking agent are more than happy to help you create the most memorable moments with Russell Howard.
Contraband is the UK’s top booking agent, with friendly and expert booking agents who guarantee you the best deal possible. 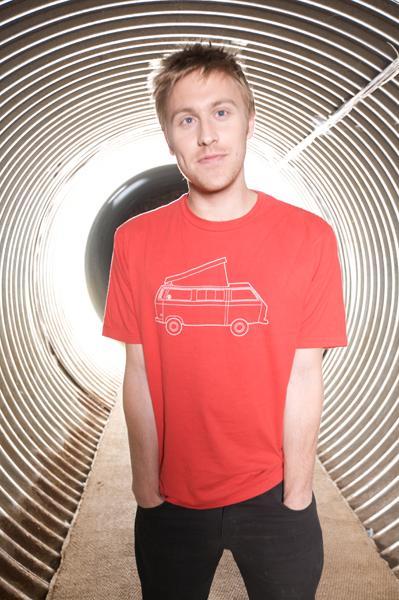 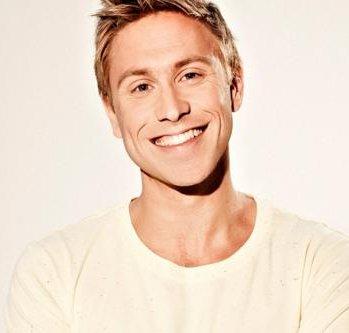 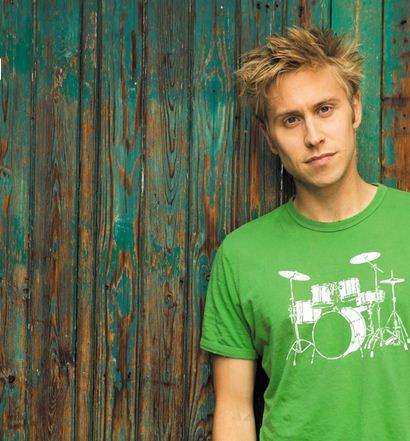 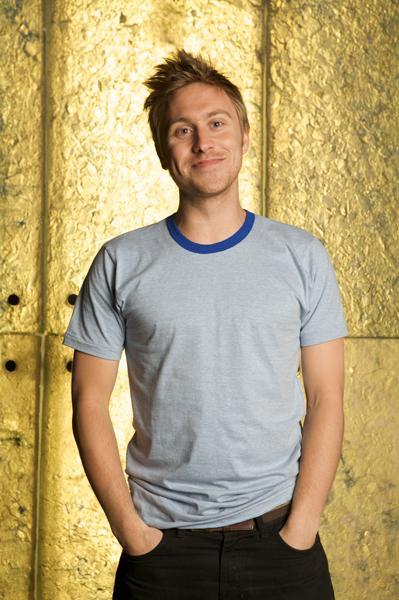 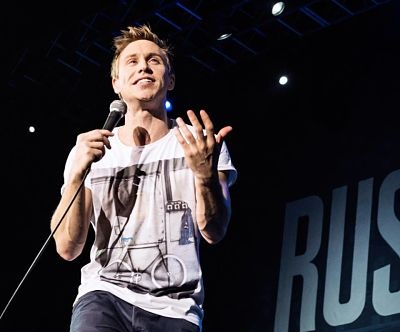 Energetic, uncynical and, most importantly, very funny.
The Times

Probably the best of a new generation of comics. His mind is as sharp as a witch’s nose and gagas flow from him with the ease and majesty of the River Nile
Time Out

…a stand-up natural
The Evening Standard

He knows how to cheer up a working week. Russ is topical comedy gold
Heat Magazine (Russell Howard’s Good News)