Interior design legend Linda Barker is available to book as Event Host for your special event – we are a booking agent for Linda Barker. Known for impressing the nation with her remarkable home makeovers on BBC’s Changing Rooms, Linda Barker is a leading interior designer who has inspired many viewers with her eye for detail and cost savvy design ideas.

First stepping in front of the camera in Changing Rooms, Linda Barker’s passion for home design stemmed from an artistic background and her natural talent for creating stunning rooms made her a hit on the show. Her expertise has been sought after by many celebrities and prestigious restaurants where she has helped to create unique and attractive environments full of character.

Her role as a presenter has helped launched her career to new heights and is now recognised as one of the leading interior designers in the UK. Since it’s inception in 1996, Changing Rooms soon became a staple of British television and the concept has been sold around the world to several countries including the US who named it ‘Trading Spaces’. Linda Barker helped the show reach an amazing 10 million viewers for each episode, the most popular it had been since its start.

Over the course of her career Linda Barker has also appeared in numerous other television shows including the second series of the hit ‘I’m a Celebrity…Get Me Out of Here’ where she won over the public and reached the final, finishing in third place. She also competed on the daring diving show ‘Splash!’ under the mentorship of Tom Daly, she also placed third and was the only woman to reach the final. Her presenting duties have also expanded to include such as ‘Brand New House for 5K’ which aired on Channel 5, as well as a long-running role as a designer on 60 Minute Makeover.

An avid lover of crafts, Linda Barker has helped to encourage a resurgence of using craftmanship and up-cycling to decorate the home, perfect for people on a budget or just interested in updating their interior style. She has shared her interior design wisdom with over 15 books, covering topics such as home crafts and interior design, where she talks about numerous aspects such as using colour creatively or making over old furniture. Overall, she has sold over two million copies of her books around the world. Linda Barker has also imparted her knowledge through various publications such as BBC Good Homes, Period Ideas, Your Home, and House Beautiful, alongside the Telegraph and Daily Express Saturday magazines.

Her talents have also made her popular among big brands such as Curry’s, Crown and DFS where she has appeared in adverts and come up with a range of wallpaper that reflects her coveted style. She has also put her stamp on the homeware industry with her own ranges of products including scented candles, lighting, rugs and gift wrap. In addition, Linda Barker also has a fruitful retail business selling home accessories, under the name ‘Really Linda Barker’.

An advocate of healthy eating and healthy living, Linda Barker is a keen swimmer, runner and practices yoga regularly, as a result she even released her own DVD called ‘Simple Yoga’ where she invites viewers to join her as she carries out her favourite poses. In addition, she ran the London Marathon in 2012. After appearing on Splash many people commended her healthy image and wanted to know her secret. When she finished the show she was asked to be the face of a Playtex body confidence campaign and took part in a fitness feature on ‘Lorraine’ called ‘Mums on the Run’.

Linda Barker is a key figure in interior decorating and has been recognised for her pioneering role in the industry through numerous awards. One of which is ‘TV Personality of the Year’ from Your Home magazine. Other notable accolades are ‘Designer of the Year’ from House Beautiful magazine and ‘Interiors Makeover Maestro’ which was awarded by readers of Radio Times. Her magnetic personality and interesting ideas also make her a popular addition to events such as RHS Hampton Court Palace Flower Show, Ideal Home Show and Scottish Home Shows where she gives audiences a taste of her craft skills and gives tips on home decorating.

As well as appearing on 60 Minute Makeover, Linda Barker continues to amaze both private and corporate client with her design skills, lending her sharp eye to the room to help them make an excellent impression.

Contraband is the UK’s top booking agent, with affable, attentive account managers who guarantee you the best deal possible. Contact us today if you would like to book Linda Barker to be the headline of your event! We as your booking agent are more than happy to help you create the most memorable moments with Linda Barker. 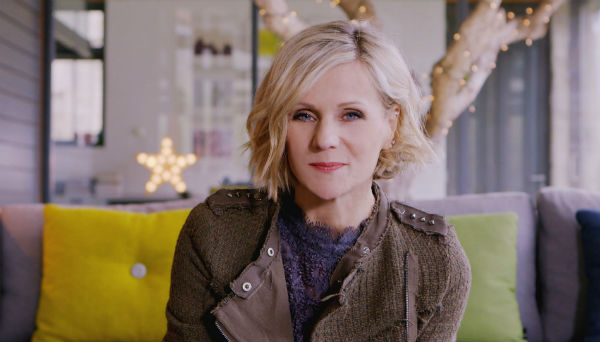 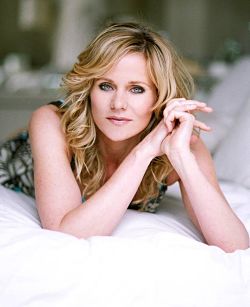 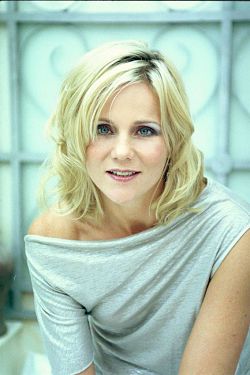 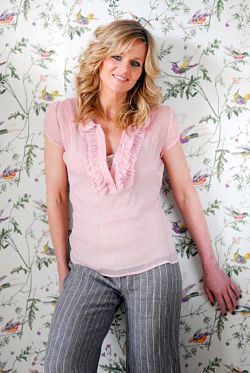