AFISHAL has taken DJ’ing to a new visual level with the TREMOR. A Visual DJ Rig he pioneered and created in partnership with music giant Roland. When your normal DJ would just press play, AFISHAL plays every single note live! Remixing both audio and visuals on the spot, producing the most incredible live show. His Visual DJ Show is revolutionising the EDM scene already racking up millions of views on YouTube.

The TREMOR was designed and built by AFISHAL to fill huge stages, yet pack down into just 4 standard suit cases. Making it very cost effective for international clients. The design of this Visual DJ Rig alone is securing AFISHAL headline slots at Tech Festival’s across Asia and features on TV shows around the world including The Gadget Show Live here in the UK. Although he’s a London based Artist, that hasn’t stopped him performing main stage at festivals and clubs across 5 continents, he’s produced shows for huge corporate events filling arenas worldwide and gained a big celebrity following in the process. You’ll also find him at private parties for the likes of Beyonce, Man United and the England Rugby Squad, even Prince Harry got his phone out to film the show. AFISHAL is pioneering a new visual way to DJ and making a big name for himself in the process.

Bespoke Shows
AFISHAL creates custom shows in house to fulfil a clients vision. Music and graphics are produced in his studio and performed completely live on stage by AFISHAL using his Visual DJ Rig, the TREMOR! Whether you’re looking for a Big Show Opener to launch an event or a Bespoke Music & Video Track to promote a product,

AFISHAL can offer this like no other Artist in the world.

Here are a few examples of projects he’s created for our clients.

Big Show Opener
For the World Track Cycling Championships at the London Olympic Velodrome, he produced the music and visuals for the Opening Ceremony based on the clients bike themed brief. All then performed live centre stage using the TREMOR. The Aim 20 20 Awards asked AFISHAL to create a show that resonated their brand, slogans and colour scheme. Whilst sounding epic and also fitting on their bespoke screen size. So he did just that.This can be seen in the video above.

Other huge productions AFISHAL has worked on include a full 15-minute show at the AMWAY Arena in Florida, and bespoke tracks produced to welcome the players on the pitch for Manchester United…this is what they do best! All produced in house.

Bespoke Music & Video Track
AFISHAL records sounds and videos related to a clients brand or event, then produces a track out of those sounds which he then performs live, with video. He was asked by “The Gadget Show” and “Currys PC World” to produce a video playing a bespoke track on the TREMOR, made up entirely of sounds made by gadgets. This was filmed on location in a Currys PC World store and its now being used as a Viral Video to promote both clients. He has done the same thing to promote consumer products like Red Bull. Both of these can be seen in the videos above.

Feature Your Identity
If you would simply like to have your name, brand or imagery featured in AFISHAL’s Visual DJ Show, the shows graphics can be personalised to feature these.

★ Has taken DJ’ing to a new visual level

★ Has gained a big celebrity following 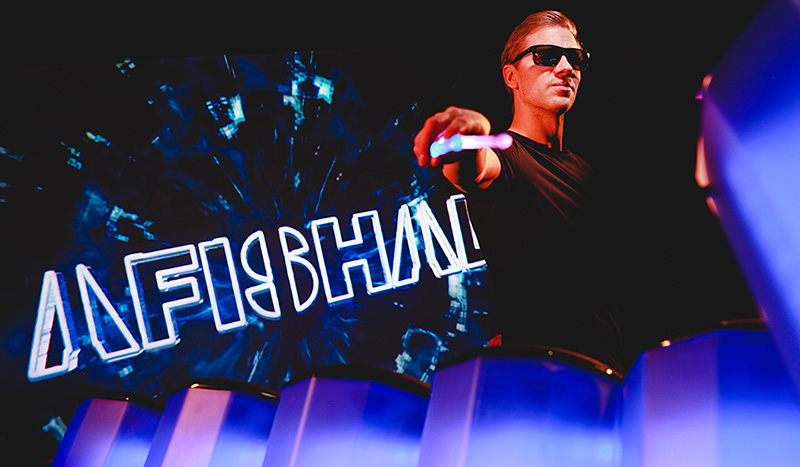 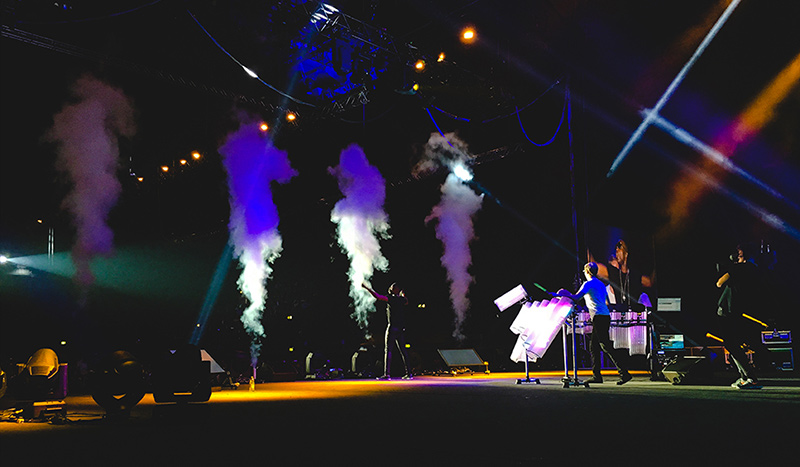 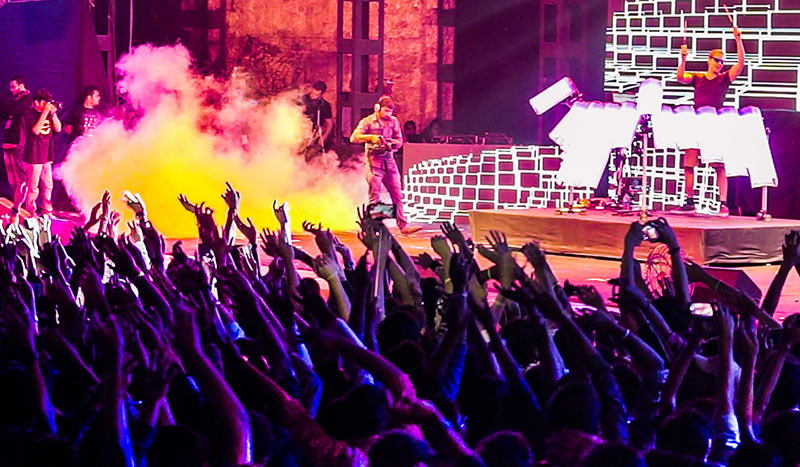 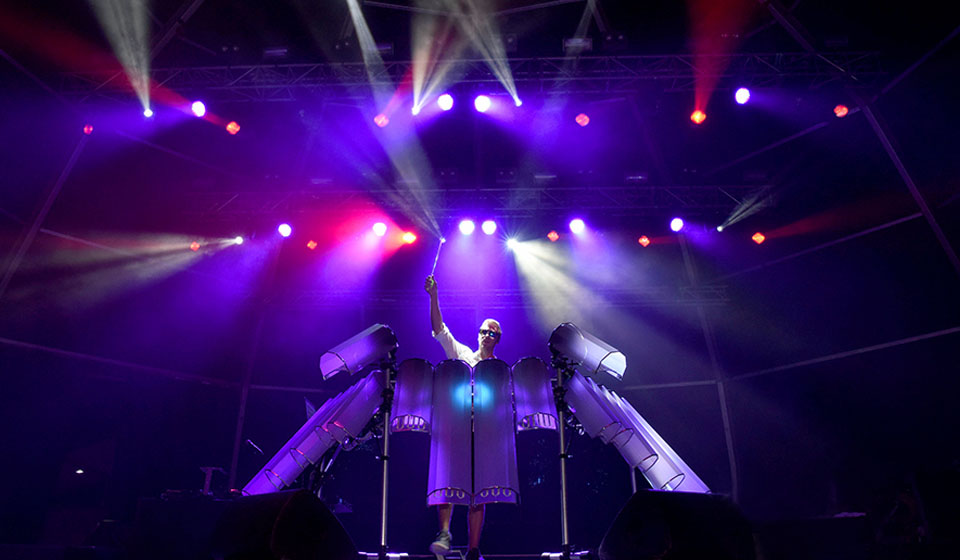 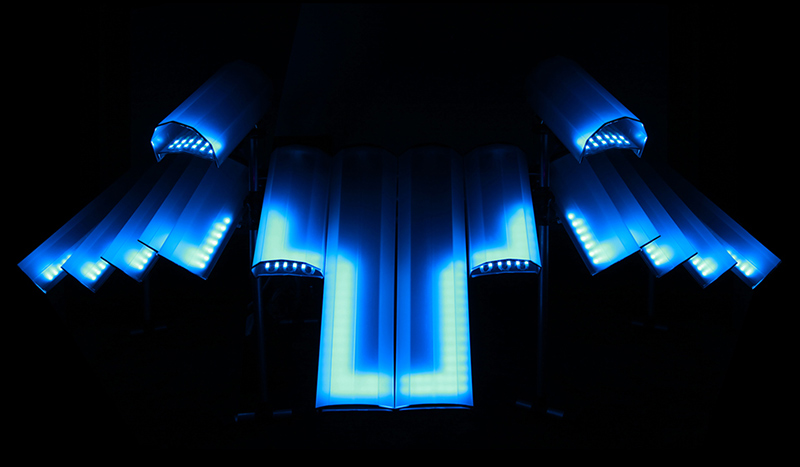 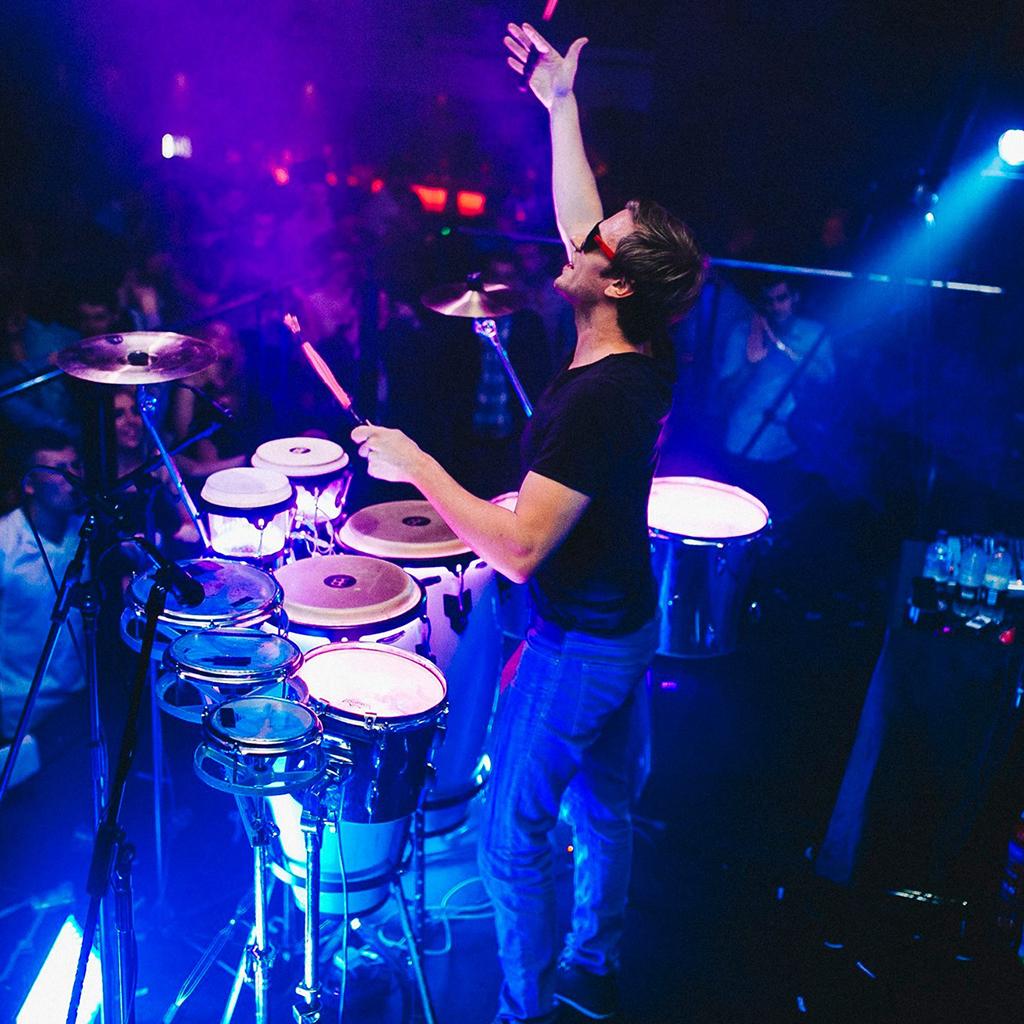 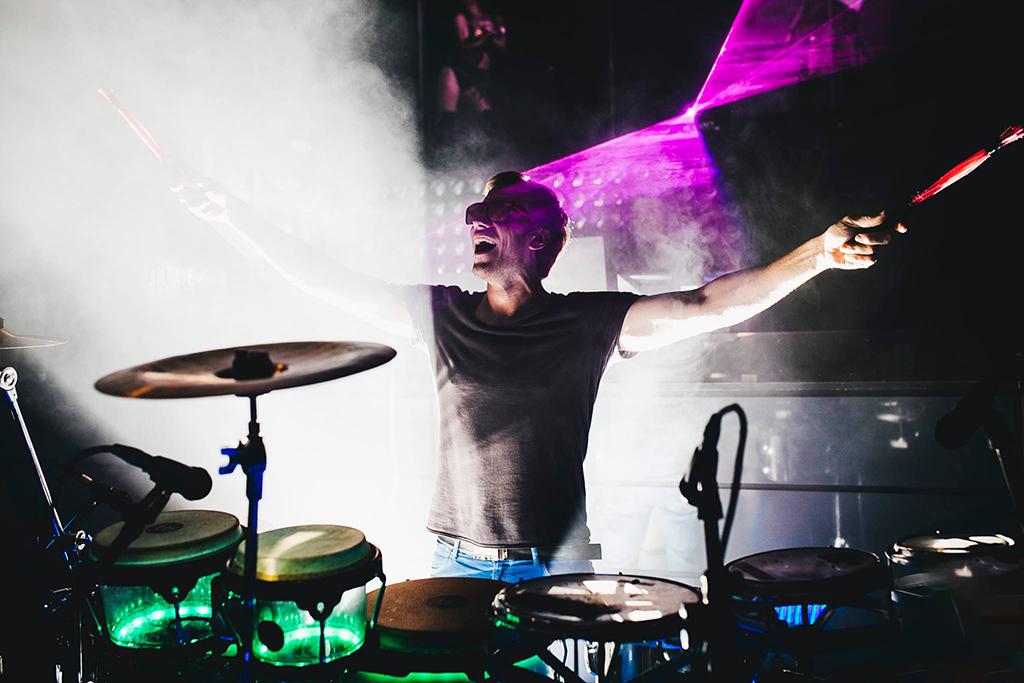